OK, it's a few days late, but your favorite APTBNL bloggers were out of the office ringing in the new year.  Now that 2015 has begun, I say let's resolve to get more packs up here than last year...152 posts?  Unacceptable.


Anyway, time for another pack from the scanned folder.  It's timely, being we're in the middle of the playoffs...it's a pack of 2000 Topps Football!

My 3-and-a-half year old Beckett (with Cam Newton on the front) says this was a 400 card set.  The big rookies in the set were Brian Urlacher, Thomas Jones, and Shaun Alexander.  Let's see what I got: 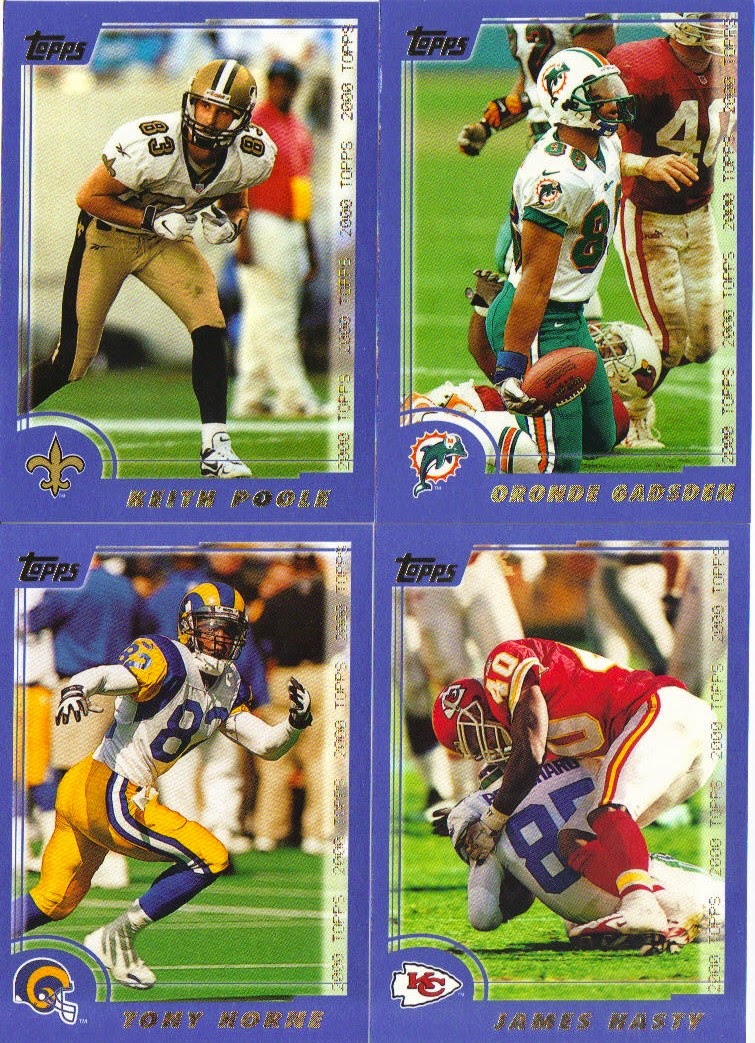 Pretty basic design, different than the baseball offering that year.  Y2K made Topps wanna put 2000 along the side. 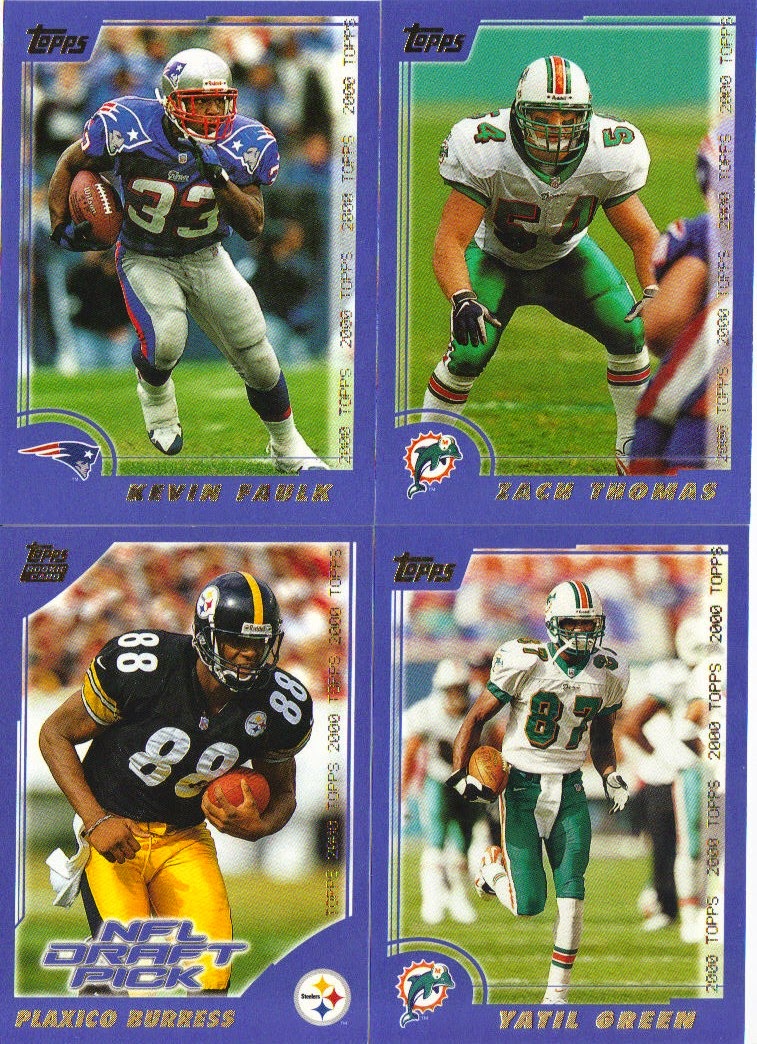 At the time, the Plaxico would have been a big pull. Nice to get the Unitas card.  As for Jeff Ogden, did he make it to the NFL?  He did...he actually played for Dallas for a couple of years before going to the Rhein Fire in 2000.  He then had stops in Miami and Baltimore before hanging it up after the 2002 season. 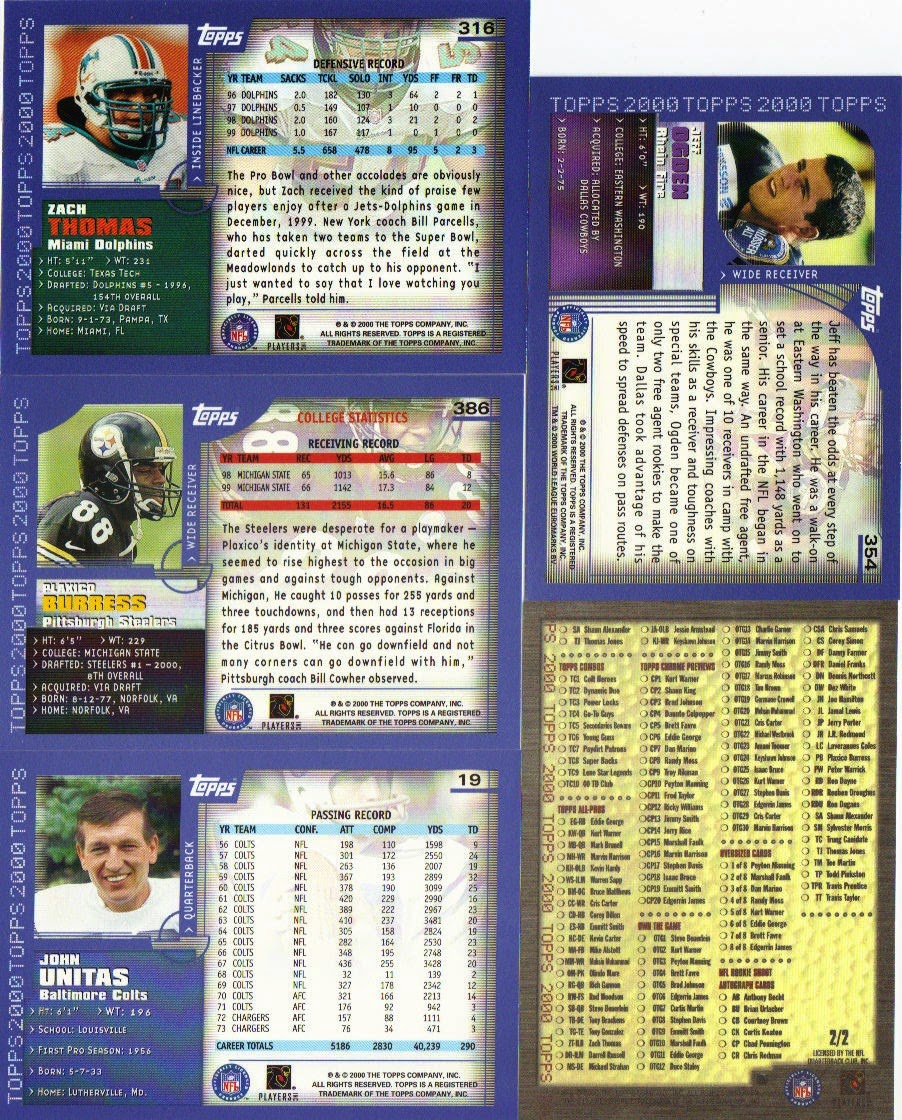 Anyway, that's the pack.  Time for me to shovel; the first snowstorm of the winter is hitting the Chicagoland area.  May your 2015 be better than 2014...thanks for reading!

Are those actually purple? If so, those are some ugly ass cards.