Written by cynicalbuddha at 1:33 PM 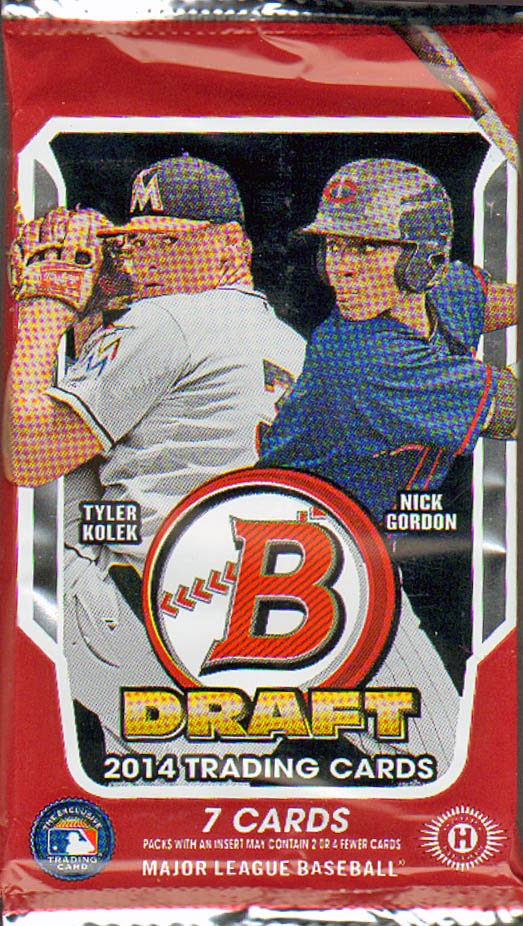 I picked up a couple packs of Bowman Draft from Don's Sportscards here in Anchorage the other day. I'm not a big fan of Bowman.  It's not because of the prospects or high school kids, I actually like that fact that Bowman delivers the first cards of a lot of guys.  I don't like Bowman for it's weird numbering system.  I don't understand why Topps just can't start at one and end at the end.  But I digress.  Pretty typical Bowman design.  You also get one or two  Chrome cards per pack. 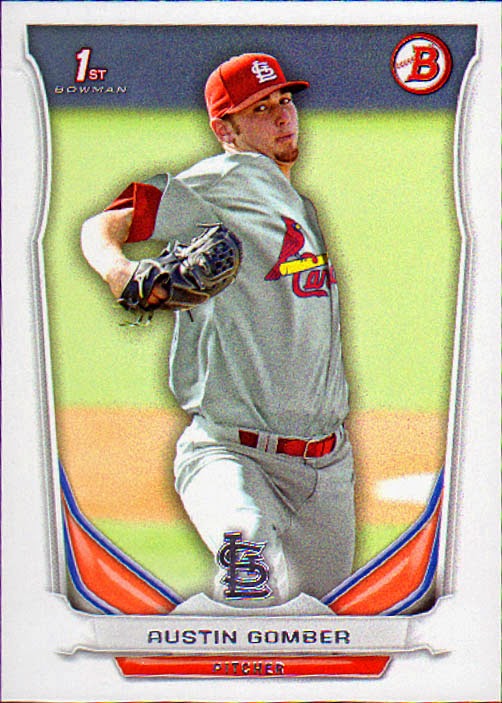 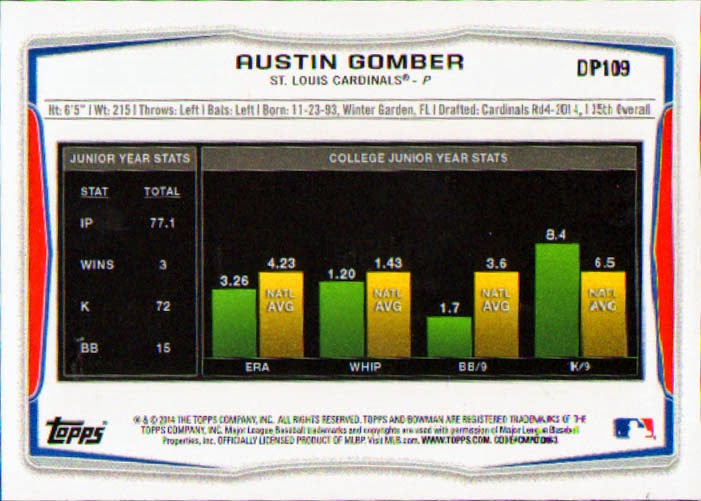 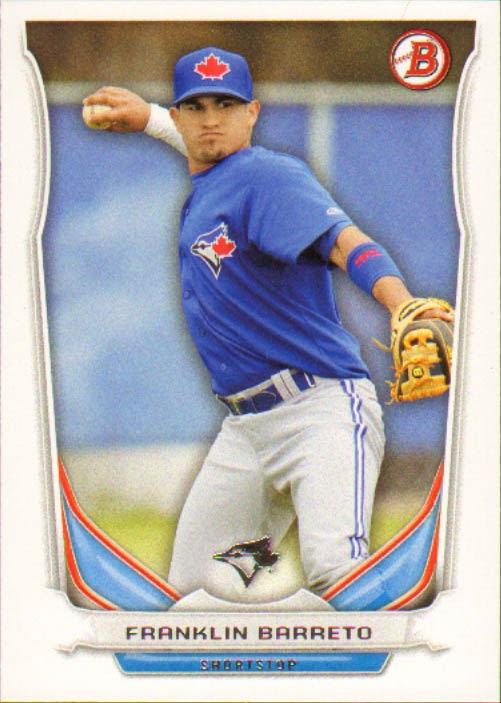 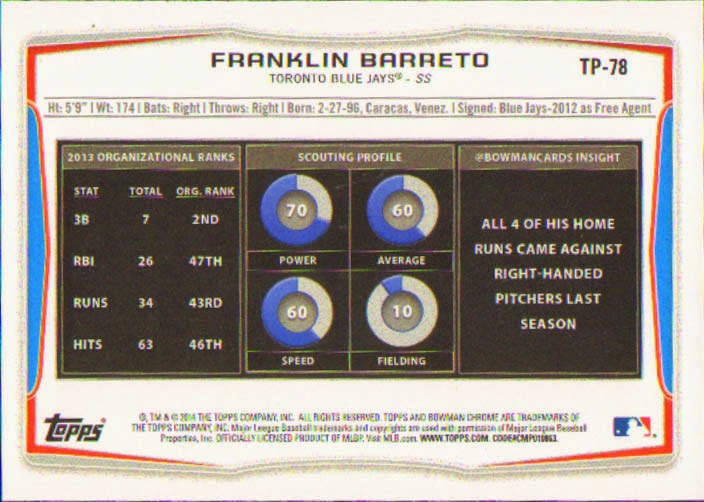 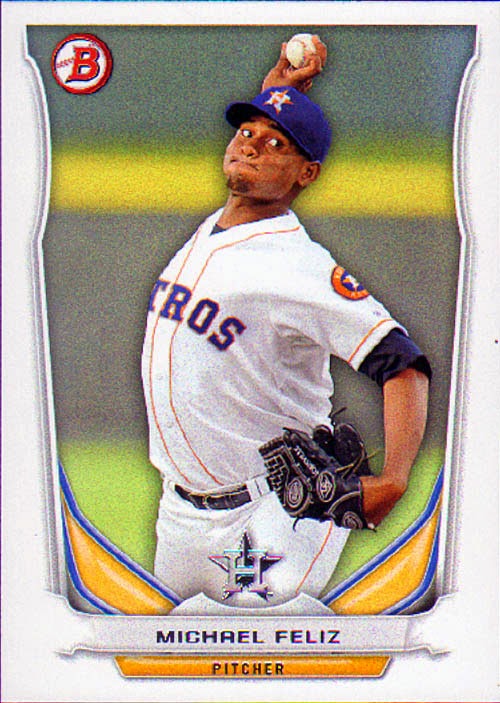 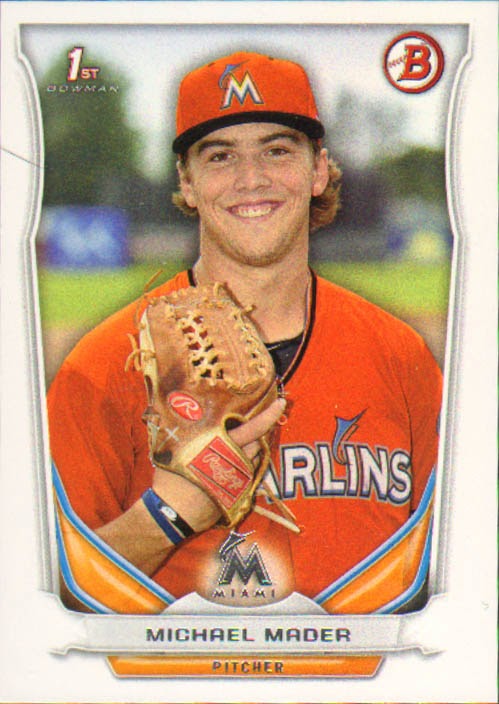 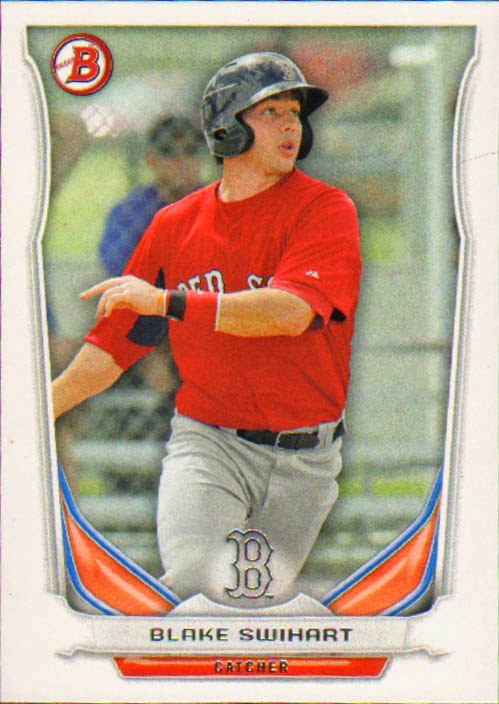 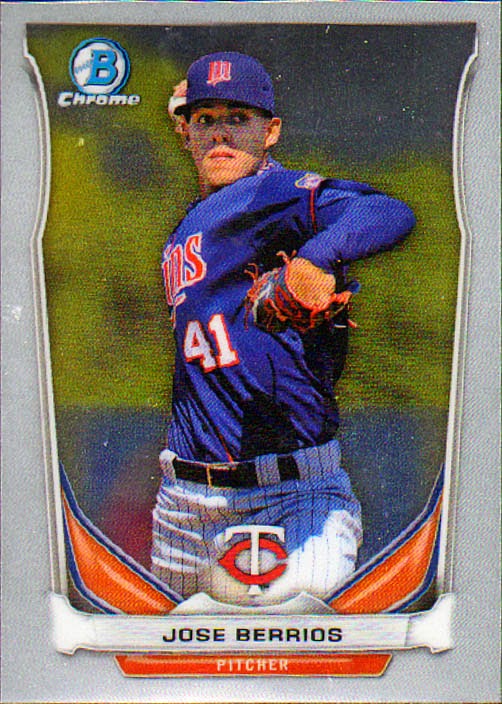 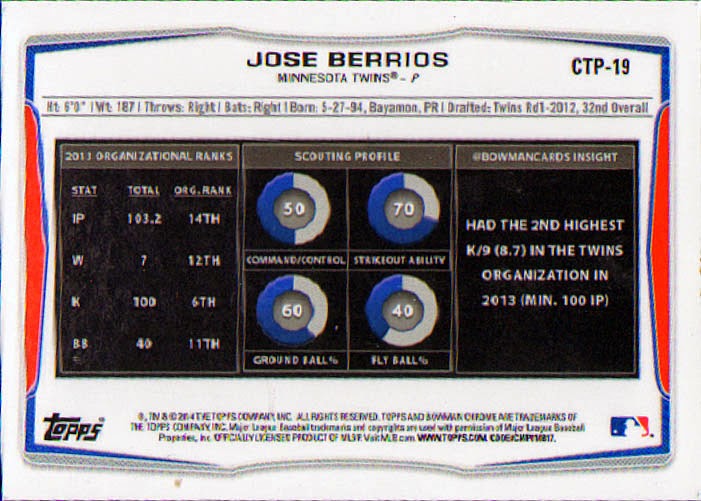 I'm guilty of high grading my packs.  To be honest both packs were interesting, but I figured I'd feature the one with an auto in it, because that's what I would want to see.

I scored this Michael Chavis Blue Refractor auto.  Chavis played Rookie League ball this last year, but who knows what the future hold for him.  It's nice it's an on card auto too!. 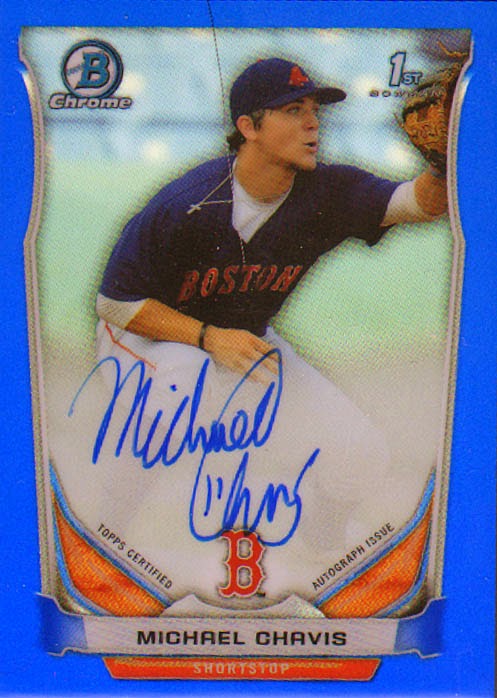 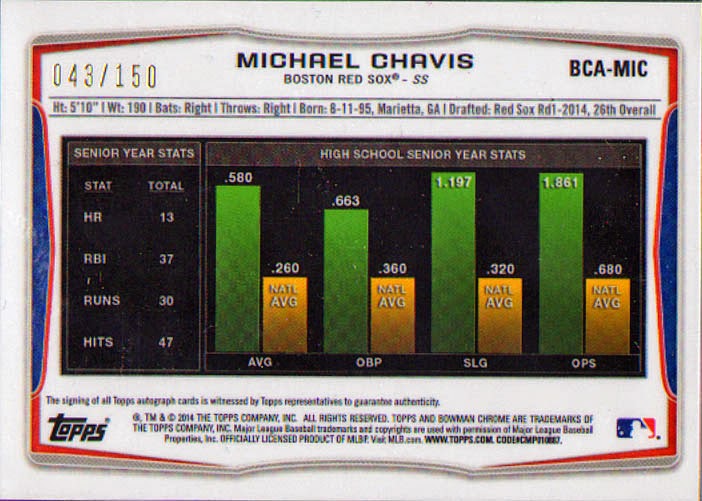 Gomber! I don't know who he is, but I guess I need his card now.

You know,I just can't see myself collecting Bowman Prospects cards again.As nice as they are ,I have a book of '06-'08 Bowman Draft/Prospects full of guys who never made it :( Don't get me wrong,they are beautiful cards but I think I'll cherry pick singles here and there instead of buying packs again.