Written by JediJeff at 2:30 PM
Back to the randomizer, and out spits Panini Prizm football. This is almost a pack we don't need to post - think baseball, with licensing. But we should post it anyway, so let's see it. 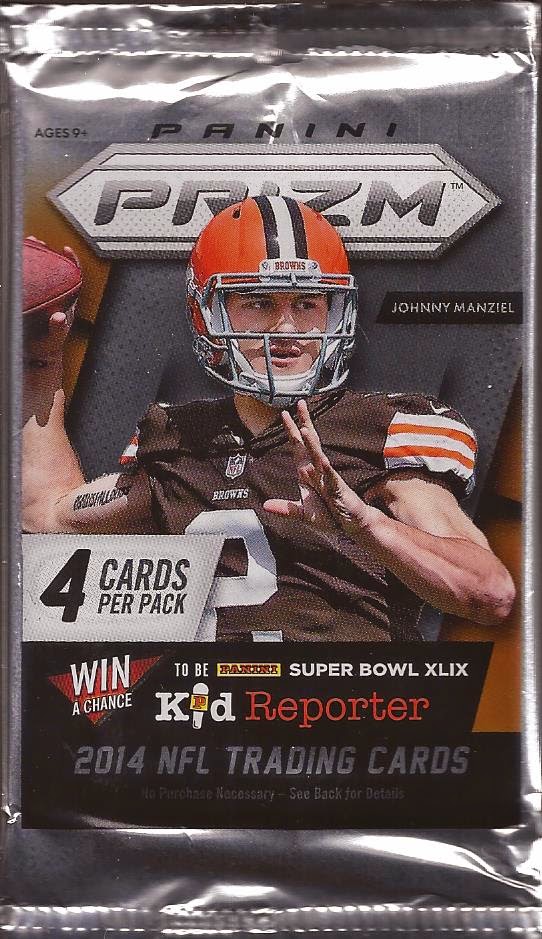 When do we get to call Johnny Douchebag a bust? I live for that day. Until then, we see his mug on everything, everywhere. It's funny how retailers just jam crap down our throats we really don't like. It's the only explanation for this, and the Kardashians, among other stuff. But I have digressed - 4 cards. 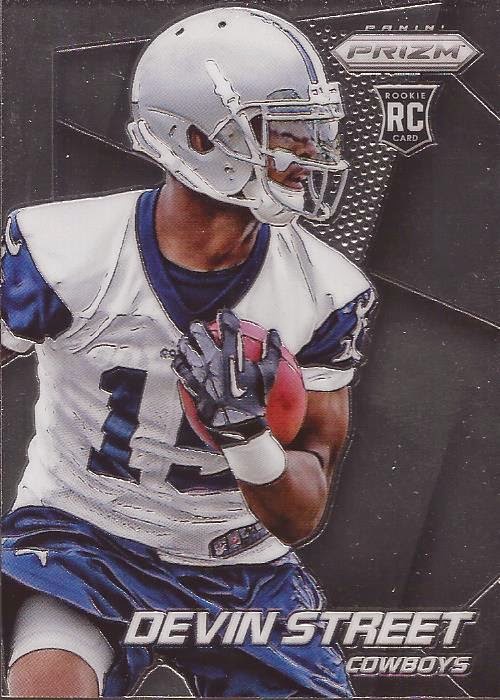 Chrome Prizm without borders. The design is nothing fancy. The player name and team are easy to read. 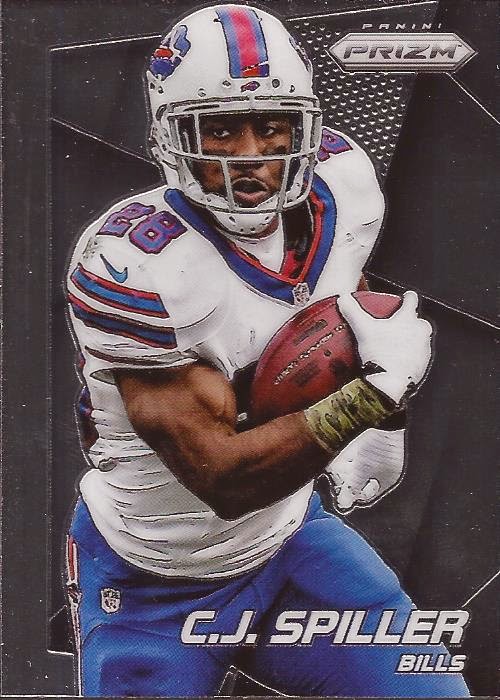 I think that first card was an artsy thing, the image HORRIBLY centered and all. Spiller looks much nicer, both on the card and in a far better Bills uniform than years past. 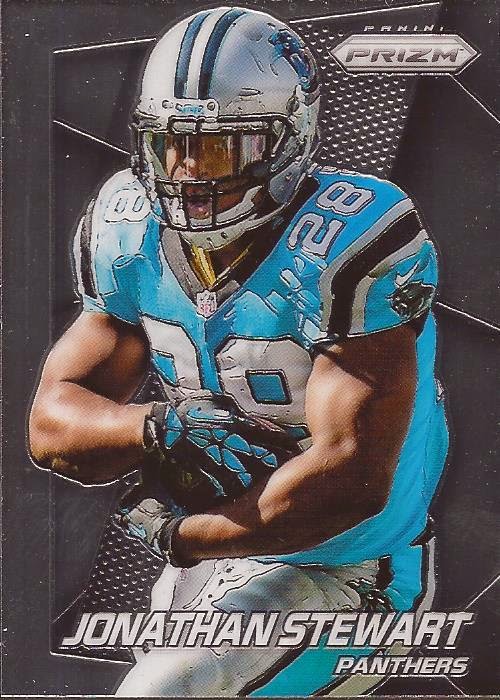 Again - good centering. It's not a horrible set, but I don't collect football, so I have no real thoughts about it. 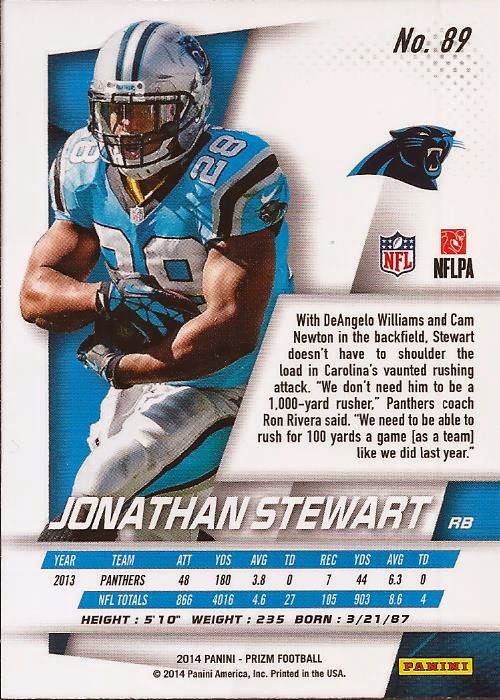 The usual recycled photo and career only stats, but this is a much better back from Panini. The team logo isn't too large like it usually is, the bio is well placed and the back has some life to it. So better when you flip them over. 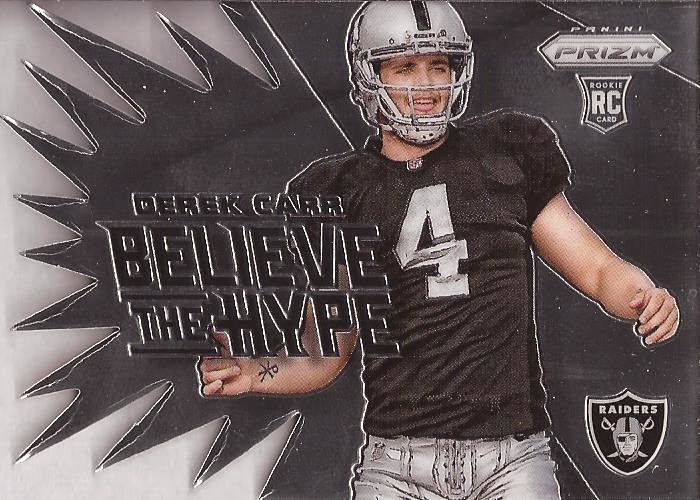 Diecut hit. I could toss this like a throwing star and do some damage. Only on a heavy card stock could this sort of diecut survive without major damage. BTW - there's "hype" for this guy?

If it's not already spoken for, I would love it if you'd set aside the Stewart card for me.