Written by Billy Kingsley at 10:02 AM


It's snowing heavily here, the roads are icy, sounds like a good day for another hockey pack! I may be known as the NBA and NASCAR guy but I'm really getting into hockey lately. And naturally, that leads to hockey packs joining my collection and now the APTBNL family as well. 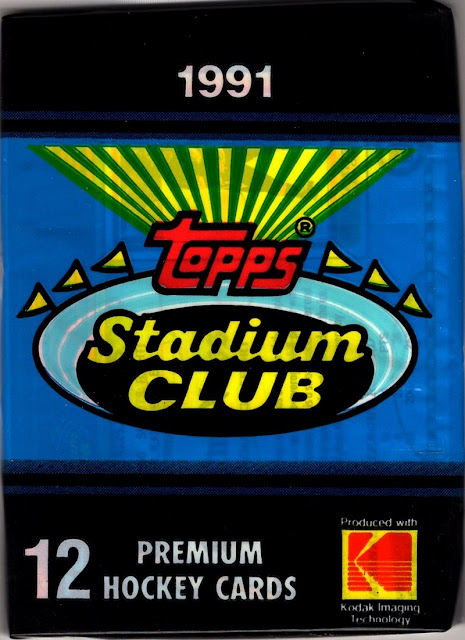 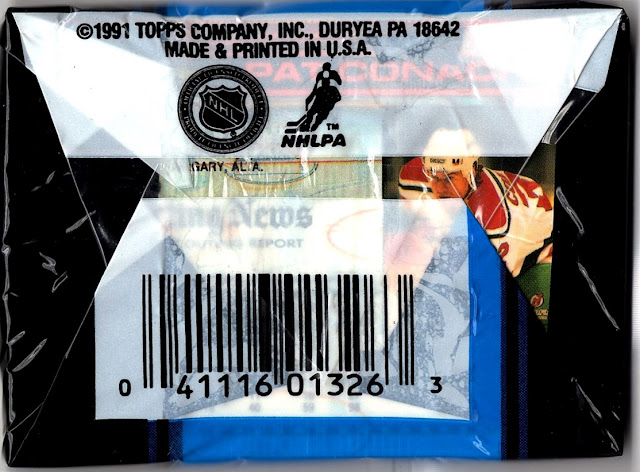 The cellophane packs allow you to see the card on each end, although the bottom card is easier to see. The pack scanned is not the one opened for this post- I have not actually opened the one I scanned yet.
#358 Shawn Anderson 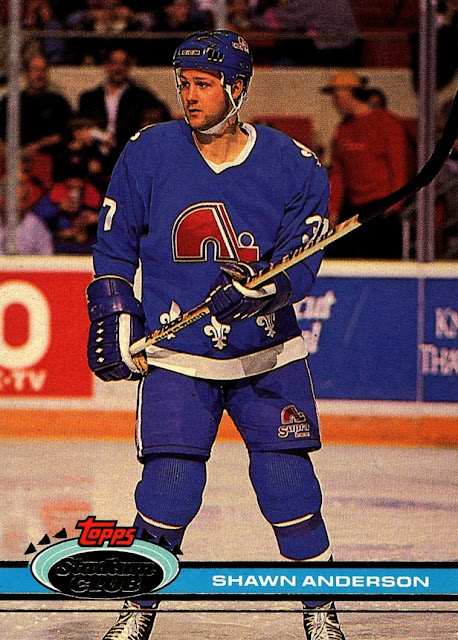 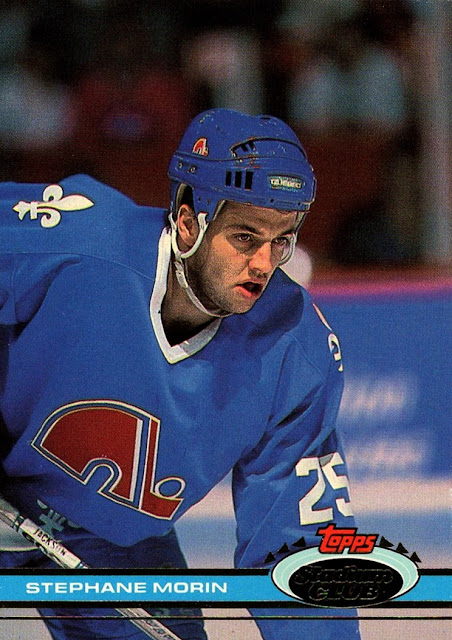 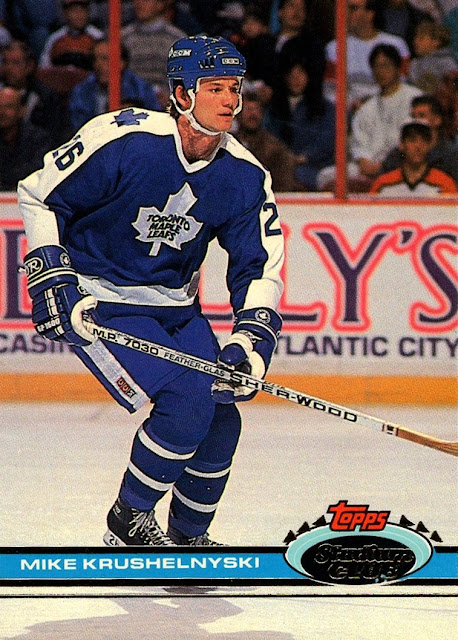 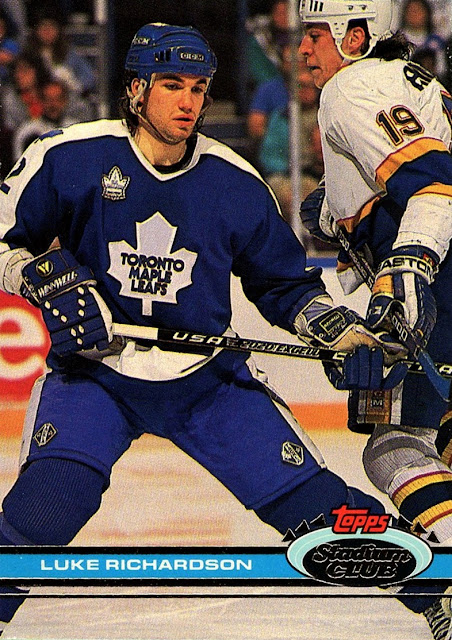 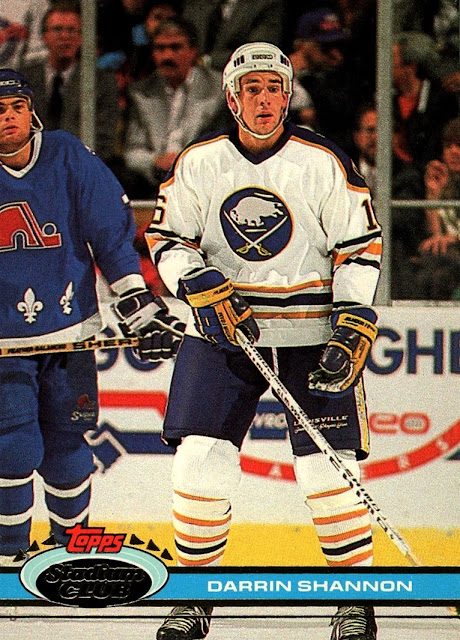 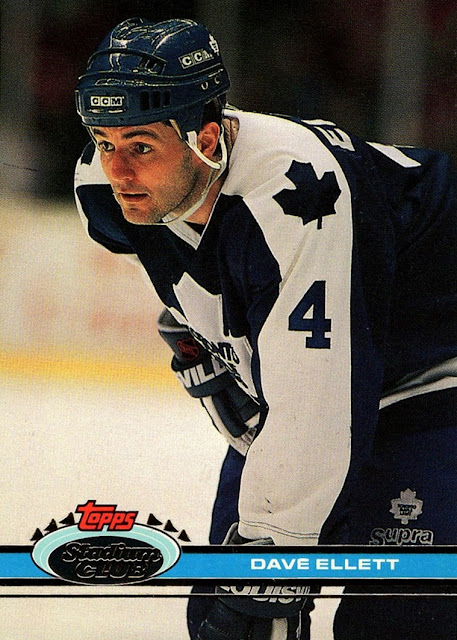 #202 Dave McLlwain. By far the most unique photo in this pack- I had originally thought it was a horizontal card but I realized that he was just bent down for the face off. 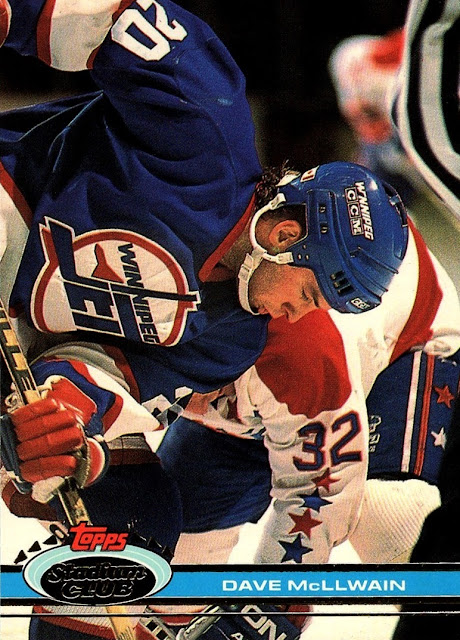 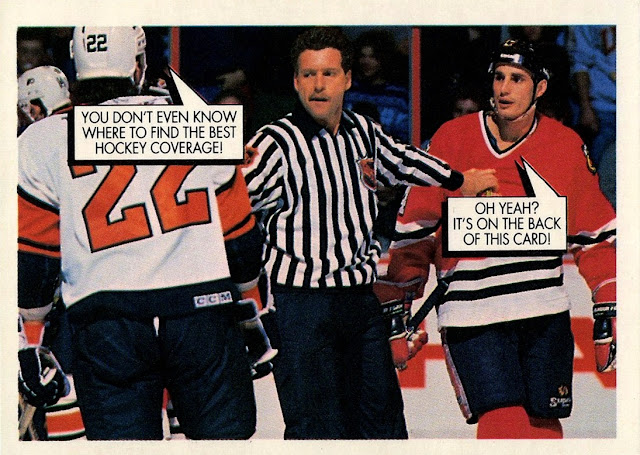 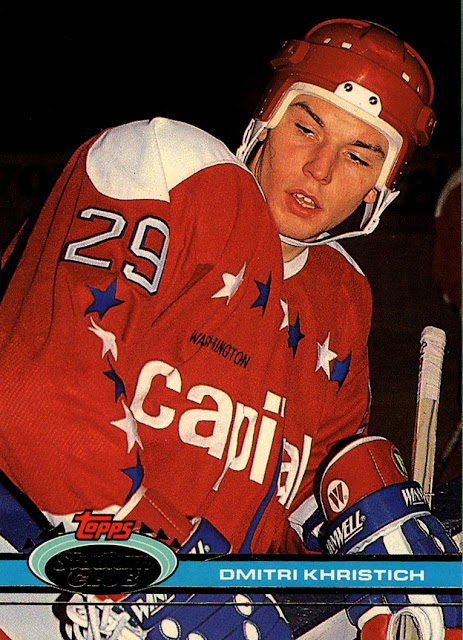 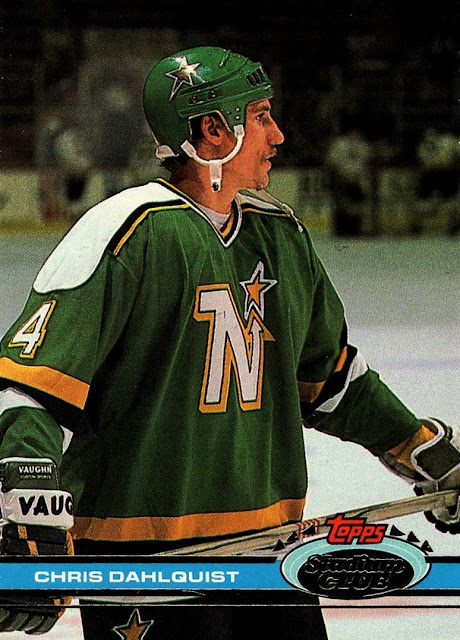 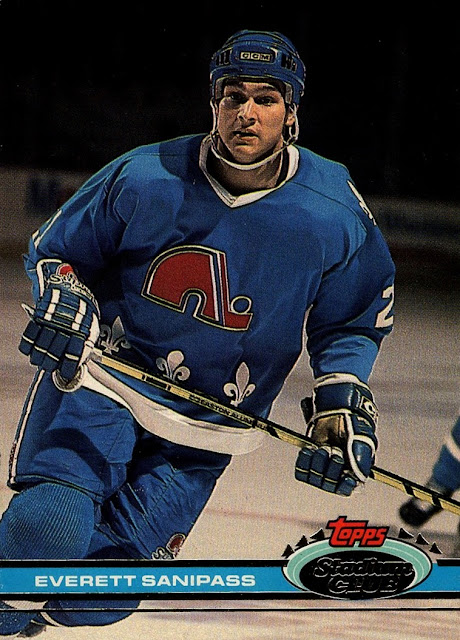 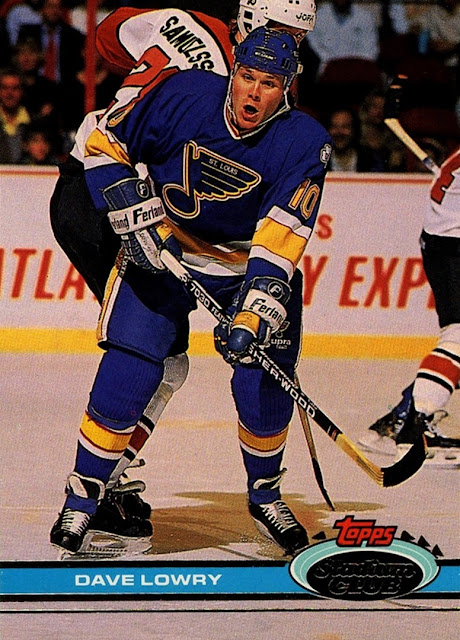 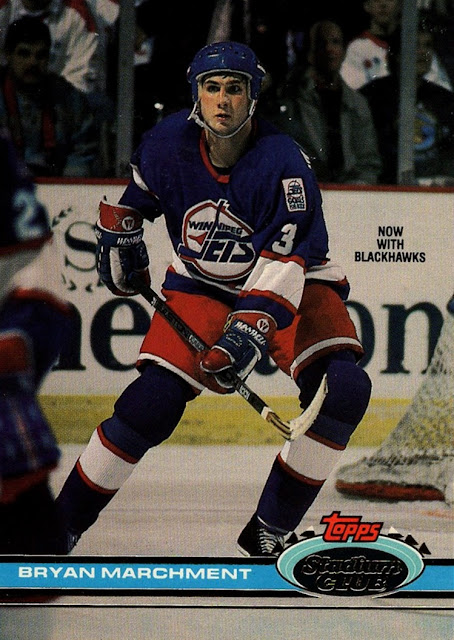 Overall, I had a little bit of sticking between cards, but only the Marchment was bad enough that I will be inclined to mark it "look for replacement" in my records. I used PhotoScape to clean up the image for posting (and to save me having to scan it when/if I do get an upgrade)

Here is the back of the card: 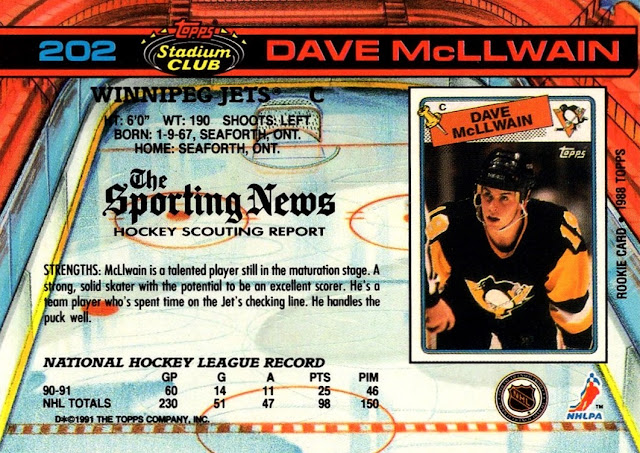 I really like how they show the rookie card. I don't like how they only list one year for the rookie card and on the front of the pack. Hockey, like the NBA, should always be listed with two years. When I posted the image of the pack on my own blog before I opened it I didn't know which season it went to because Topps did it wrong.

Man - Canada heavy in this pack. A few notes:

1) Boy, those were shitty Leafs sweaters.
2) Miss the Nords
3) North Stars - see #2
4) I love the ad has Keith Brown being mouthy. He would rarely drop the friggin' gloves. "Back Up" Brown we used to call him, since he would never challenge a forward coming over the blue line.

Little tidbit about Brown. The Hawks picked him 7th in the draft. The Bruins really wanted Brown, but they had the 8th pick and had to settle for Ray Bourque.

That was my thought - Canada hot pack, especially Quebec. If you haven't heard of Everett Sanipass, Google him and "Punch-up in Piestany" that was some crazy sh*t.