Written by Johngy at 8:31 AM
The 2016 Topps WWE set consists of 100 base cards, featuring wrestling stars of the past and present.  There are also inserts, autographs, memorabilia and manufactured relic cards.  The base set card backs feature a short write-up on the respective wrestling star, along with height, weight and hometown. 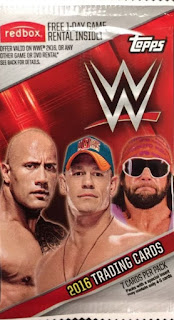 The pack started with some "Stratusfaction," courtesy of Trish Stratus.  She's a 7 time WWE Women's champ, a Hall of Famer and one of the best all-around women ever in wrestling. 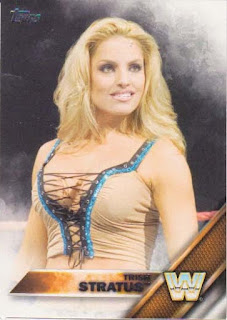 "The Nature Boy" Ric Flair was next.  He is credited as a 16 time World Heavyweight champ, but other counts have him at 22 or more even.  No matter the number confusion, Flair is truly an elite wrestling star. 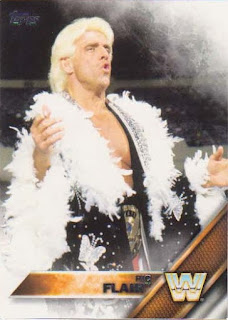 Doink was one of the most colorful characters inside the ring.  Portrayed by a handful of wrestlers, Doink had a nice first run in the WWE and continues to make sporadic appearances. 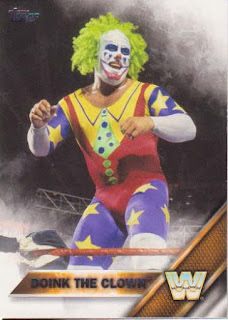 "The Beast from the East" Bam Bam Bigelow was incredibly agile and athletic for a man his size.  His flame-tattooed head made him one of the most recognizable wrestlers. 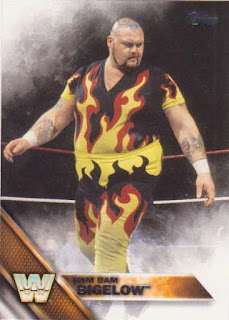 I'm glad Doink wasn't around when I watched WWF. That guy would give me nightmares.

I'm not a wrestling fan but I did buy a couple packs a few years ago. I can appreciate them just for the variety. I like the ones you pulled.