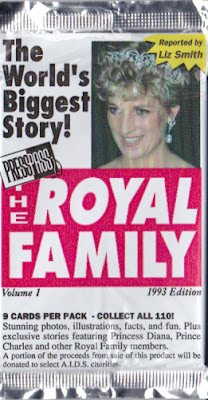 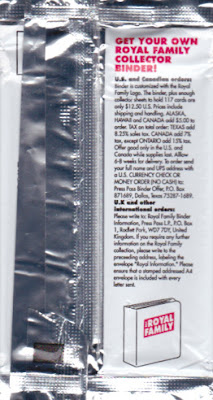 Once in a while I go to a store and found out it randomly sells oddball pack of cards. This is one of them as it feature UK's Royal Family. I never heard of this set before. On the front small portion will be donated to select AIDS causes. On the back it offers to buy card binder for it. There are 9 cards in a pack. What's kind of horror I have to endure with this pack? 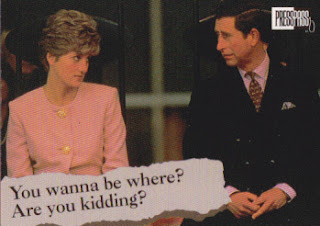 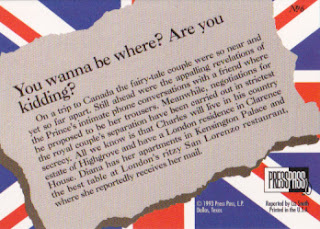 6 - Turns out the cards are gossip rag of The Royal Family like the ones you read at newstands such as National Enquirer. 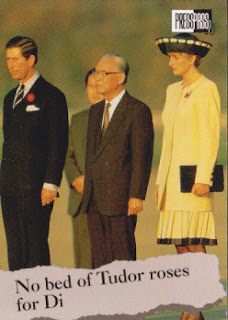 11 - after this trip they called it quits and separated 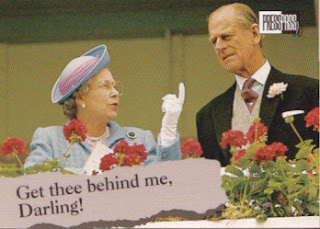 32 - problem being the Queen's wife? Have stay one step behind her and must obey. 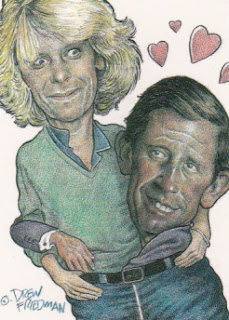 68 - drawing you see on opinion pages of a newspaper. You got Charles and the hussy homewrecker Camile 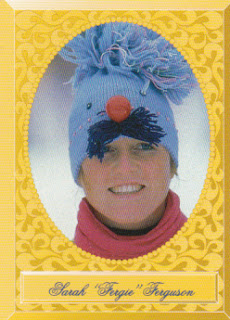 97 - portrait shot of Fergie. Her title is Duchess of York. Of all shots tabloid photographers got of her they have use the one on a ski trip on a card. Back of the card have small profile which include royal title, pass education, and personal interests. 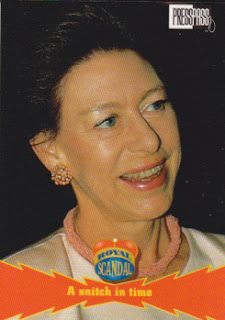 59 - another rag story. This is about Princess Margaret outing Prince Philip infidelity to the Queen who happens to be the Queen's husband. 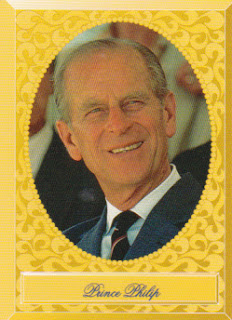 93 - Prince Philip portrait shot. Duke of Edinburgh is his royal title. Look at that teeth of his. 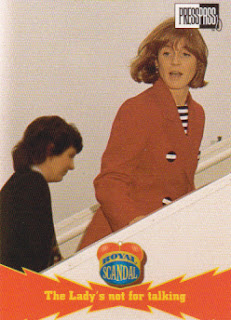 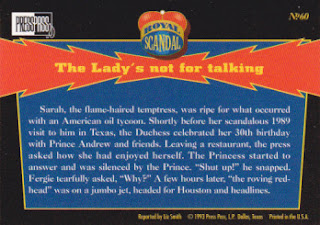 60 - more Royal Family scandal. This one feature Fergie boarding a flight to Texas after a fight with her then-husband. UK press railed of her very badly 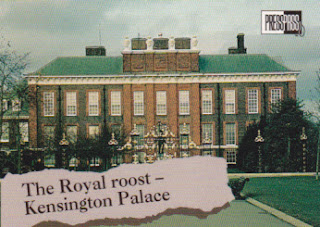 52 - final card feature a picture of Kensington Palace. Parts of it is open to the public. After going through 8 cards of hell its likely the most normal card out of this pack.

This has to be most awkward pack I ever open. From obvious looks of it most of the set are tabloid rags printed on cards. At least Press Pass stepped away from this garbage and printed college basketball and football and NASCAR sets in 2000.

Sad that they went this route considering the rich history of the Royal Family. Now I'm glad I didn't buy any. The advertisements for the set didn't show that they were going to be crap. I never really liked press pass. They were my least favorite NASCAR card company and they had to be the only one to get past 2000.

Yeah, there was so much potential here for a quality set. Too bad there really isn't a good set out there for British Royalty.