Written by Rebel Coyote at 1:46 PM 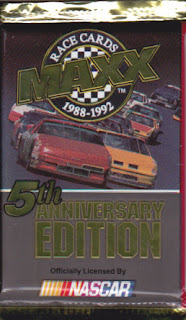 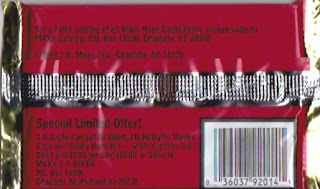 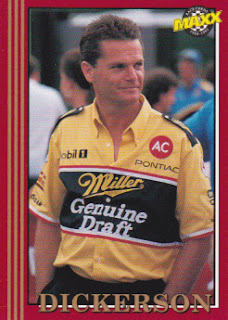 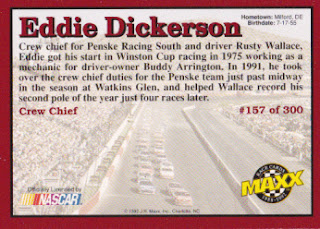 157 - Eddie Dickerson - I like the red borders on the cards. Also due to card stock the edges are prone to chipping. Shows the last name on the front then full name on the back. Even crew chiefs get a card in this set. 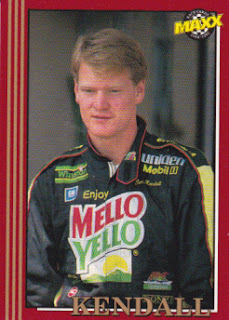 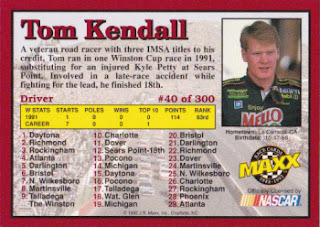 40 - Tom Kendall - former IMSA GTU champion and SCCA Trans Am champion ran only road courses in Cup series. He drove for Felix Sabates replacing Kyle Petty who broke his leg earlier in the year. He, too, would suffer leg injuries, much worse than Kyle, later in the year in IMSA race at Watkins Glen. He has done racing analysts and hosted a TV show. 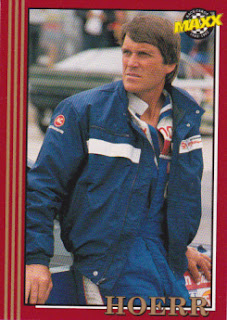 45 - Irv Hoerr - another road course specialist. Former IMSA driver drove the only two road courses on the schedule along with his only oval race in NASCAR. 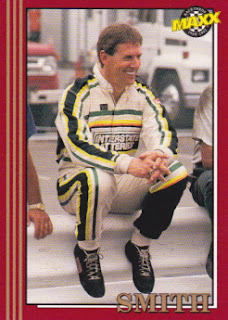 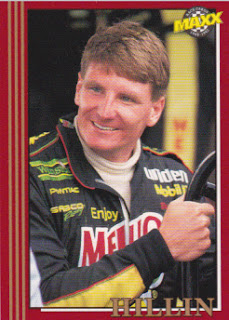 53 - Bobby Hillin, Jr. - a driver that plateau'd very quick in NASCAR. He drove for four teams that year. The one pictured was for Felix Sabates replacing injured Kyle Petty. Two years later Petty would get in Hillin face after a wreck in Daytona. 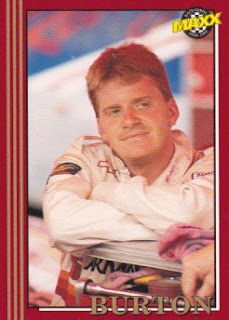 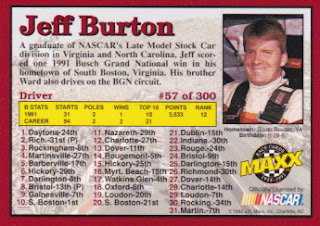 57 - Jeff Burton - racing in Grand National series during this time. He would move up few years later and become a winner in Cup series. Look at that schedule and compare it to current one. Lots of short tracks such as Barberville, Hickory, South Boston, Myrtle Beach to name a few. That what made Grand National series exciting at the time. Now they race same tracks as Cup series with few non-Cup tracks races such as Iowa. 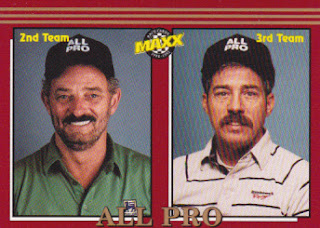 237 - Leo Jackson and Eddie Lanier - the "All-Star" card featuring NASCAR All-Pro. It went to drivers, owners, crew chiefs, engine builders, and tire changers. Both of them are engine builders. 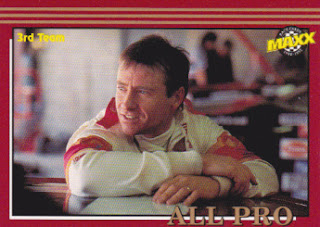 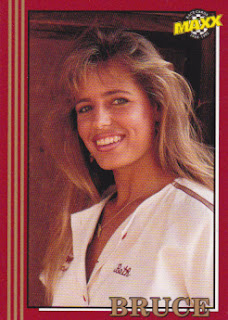 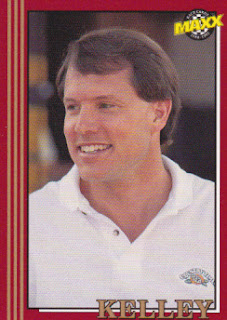 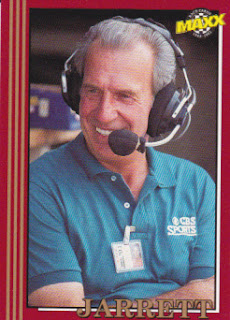 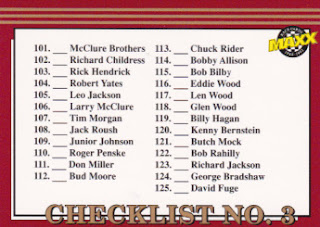 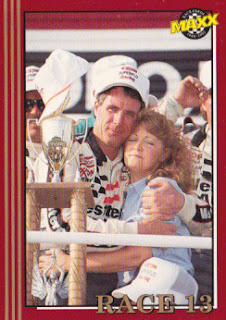 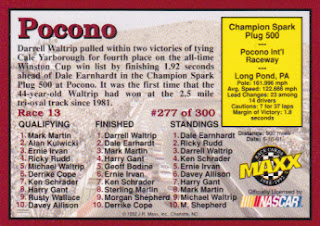 277 - Race 12 (Pocono) - DW celebrates his victory with his wife. Back of the card features the race top 10 qualifiers, finishers, and post-race point standings along post race summary. 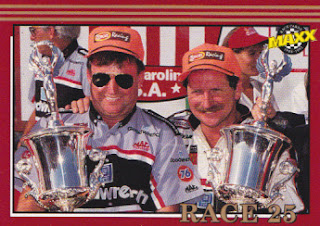 When I first discovered the sport I bought a factory set of this release and it became the first NASCAR set I completed...More than 80 more have joined it but this was the first. Great memories!

I hear you. Simpler times collecting back then.