Written by Rebel Coyote at 9:56 PM 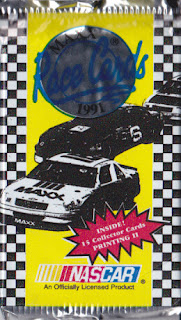 NASCAR season coming up. The truth I used to watch and follow it, but haven't done in years because the product is awful and idiot Brian France listening to TV and sponsorship people than fans. Enough of the rant.

Maxx produced NASCAR cards back in the day. This pack feature 15 cards. 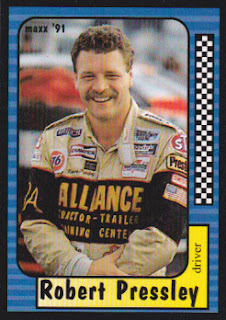 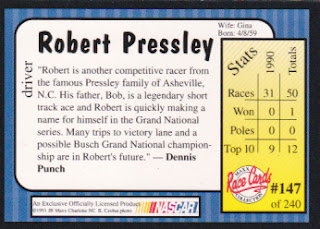 147 - Robert Pressley - back of card featured commentary of the driver along how many races he ran and finish in the top 10. Pressley was racing in Grand National series during that time. He would move up to main series replacing a retiring Harry Gant but had little success in the car. 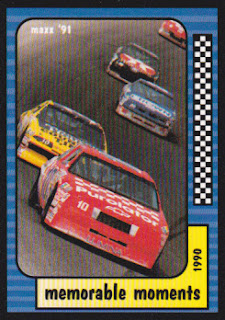 127 - Memorable Moments - mention of Derrick Cope, who stunningly won Daytona 500 in 1990, and Michael Waltrip for having a bright future. The picture was from Talladega. 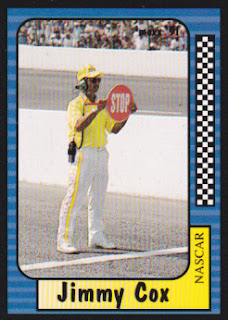 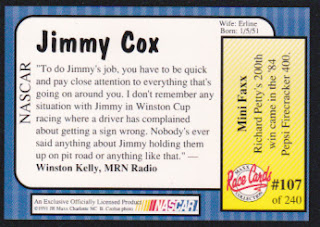 107 - Jimmy Cox - NASCAR official who hold stop and go sign at end of pit row. He passed away few years ago. Back of the card feature "Mini Faxx" of past happenings 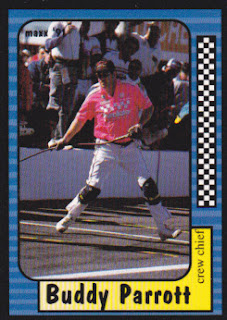 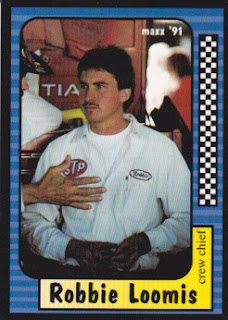 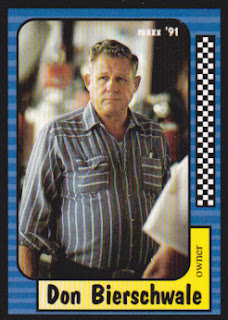 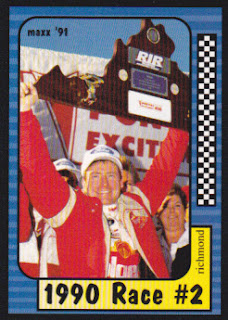 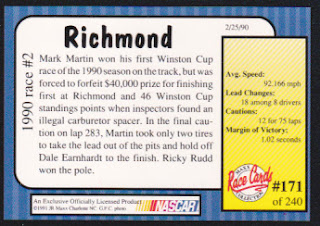 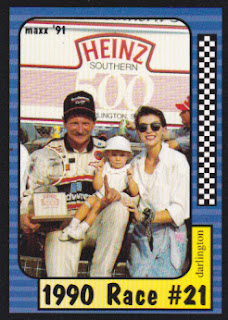 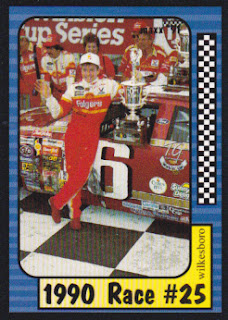 195 - 1990 Race #25 - Mark Martin wins at North Wilkesboro, a track NASCAR no longer race. Strange how successful Jack Roush Racing back in the 90s and 2000s and they are struggling right now. 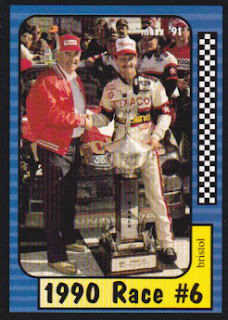 175 - 1990 Race #6 - the late Davey Allison celebrates with his father Bobby after winning at Bristol. Bristol would get a makeover as first NASCAR track to install ights and became Saturday night race. 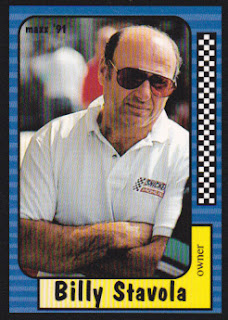 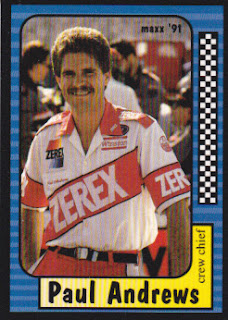 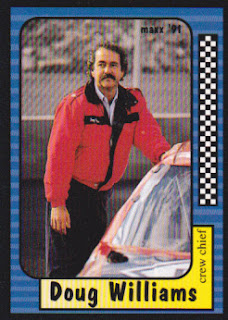 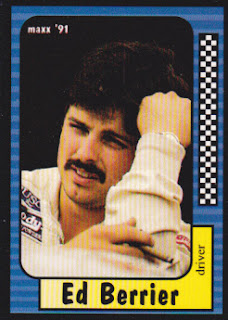 119 - Ed Berrier - mainstay of Grand National series have one career win. Did drive in main series but did not stick long 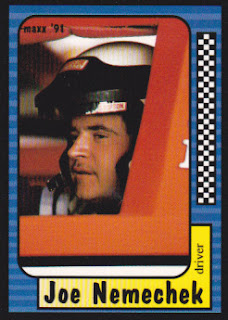 Those were good ol' day of Maxx.

I was into NASCAR from the mid-90s through the early 2000s. Used to listen (not watch) the races each week, including the Busch Series. The Ed Berrier was definitely a blast from the past!

One of my two all-time favorite NASCAR sets...I've completed it three times over. Still chasing the promo though. You can get a complete set for about $5 on eBay. It's well worth it!