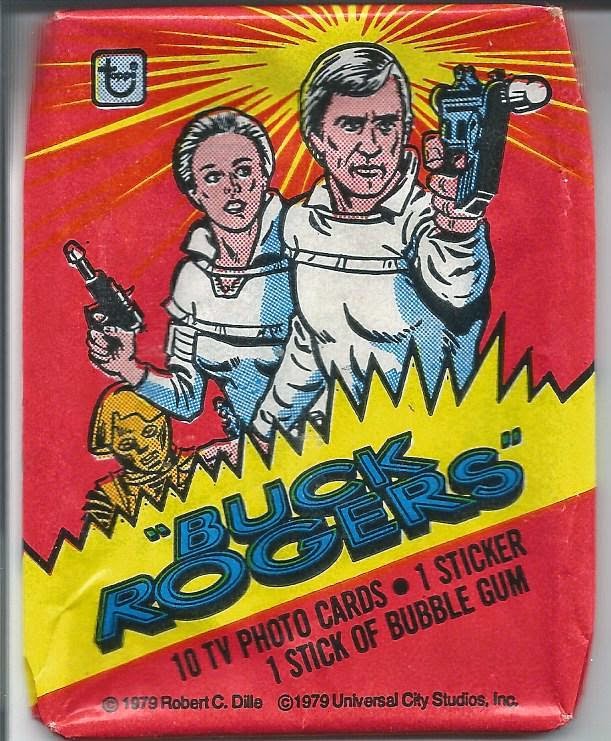 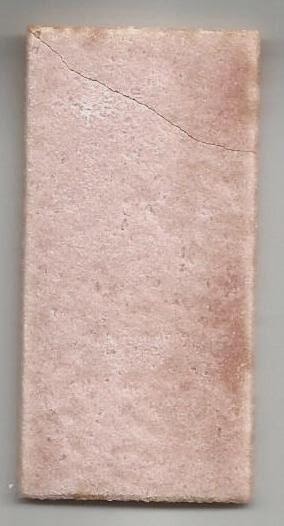 Let's start with gum from 1979. It is cracked because it was stuck, nay glued, to the back of one of the cards. I pried it loose. It did not age well at all. 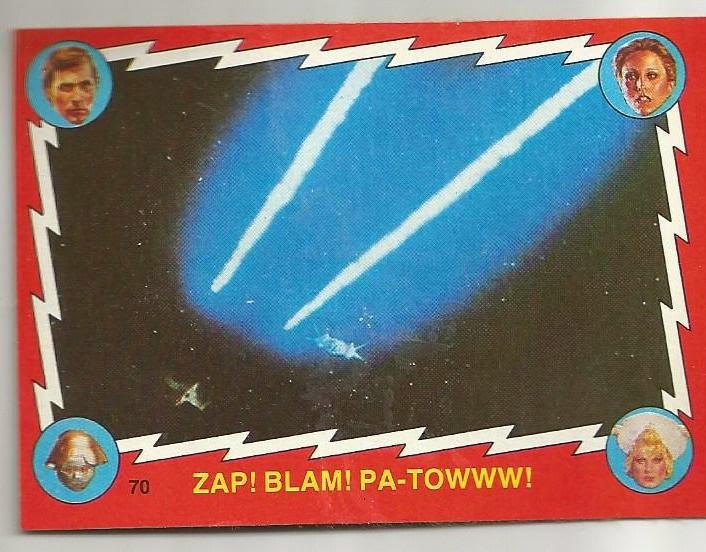 Each card features a still from the TV series surrounded by a red "electro-bolt" border. In each corner, the main characters from the show make an appearance. From left to right, going clockwise, we have Buck, Wilma, Princess Ardala, and Twiki.  The card's number appears next to Twiki. 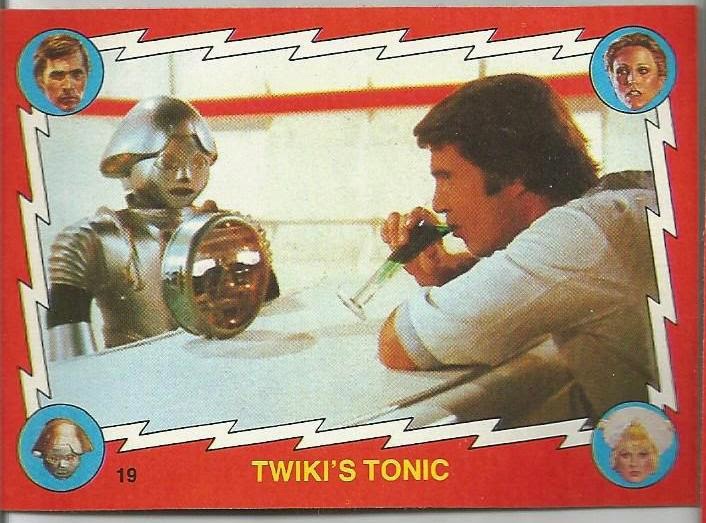 The back of the cards feature information about the scene portrayed on the front.  The cards, when placed in numerical order, tell a story. These are not in that order, so you'll have to do the sequencing yourself. 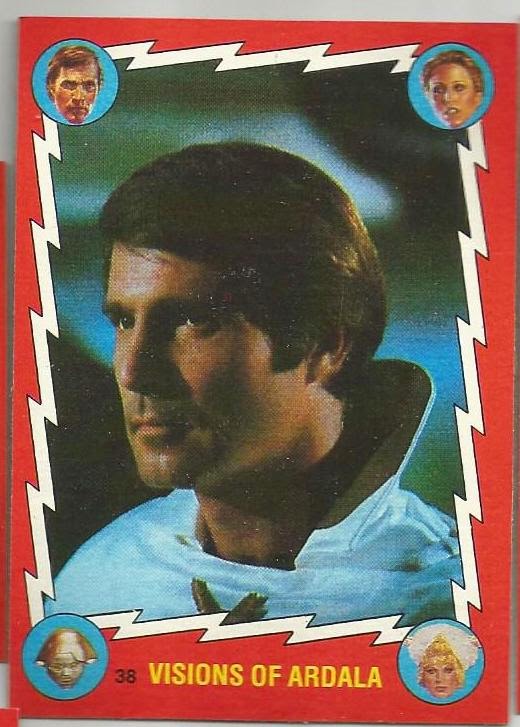 Ardala was supposedly the slinky, sexy one... 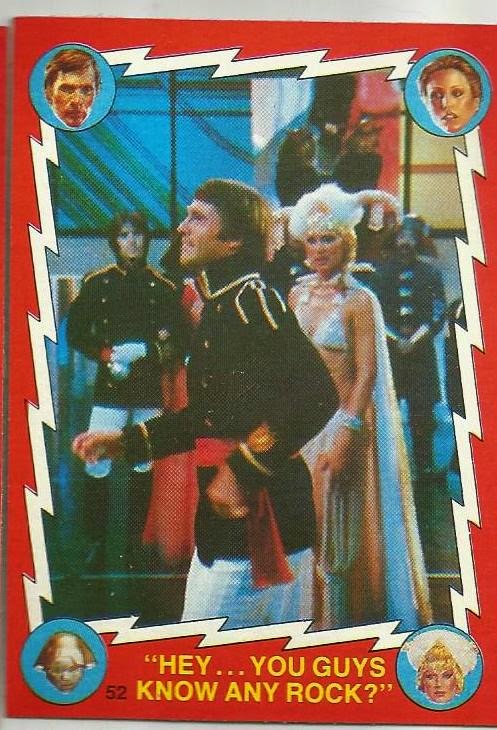 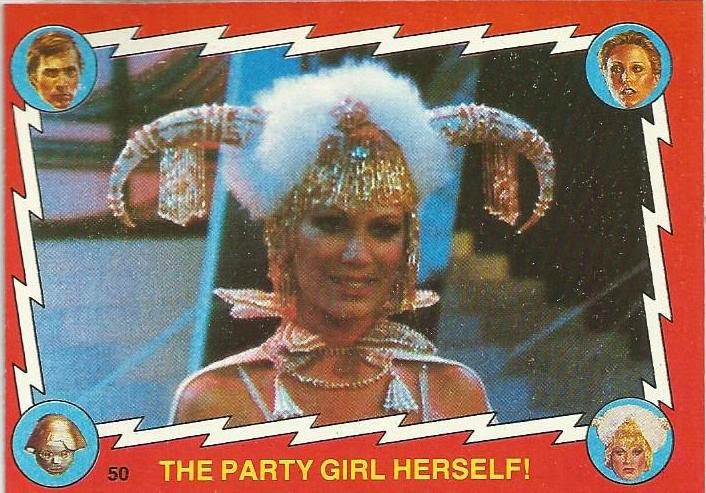 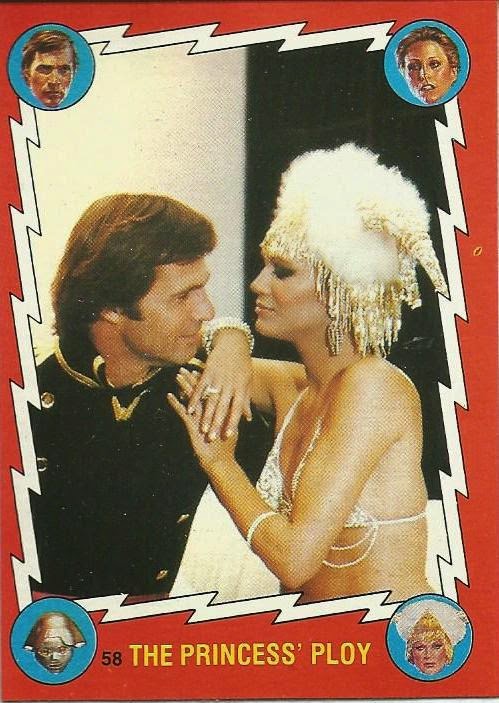 But, I watched for Erin Gray... 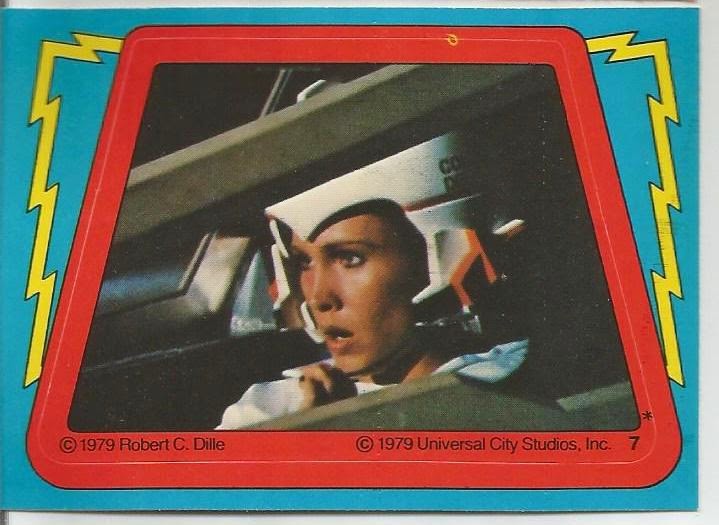 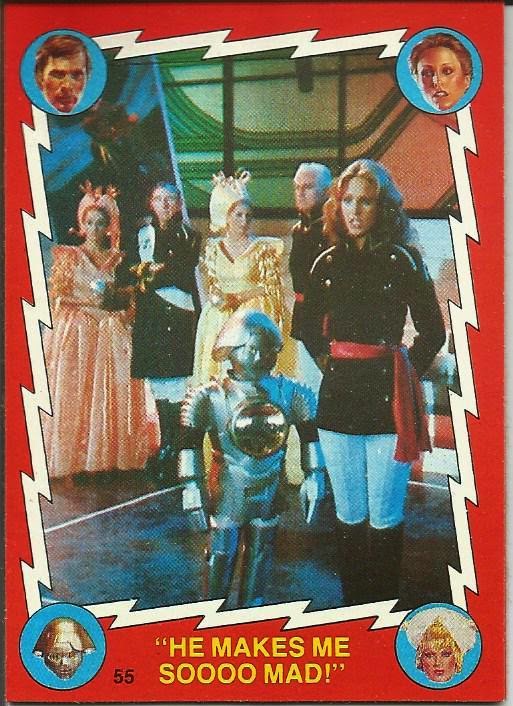 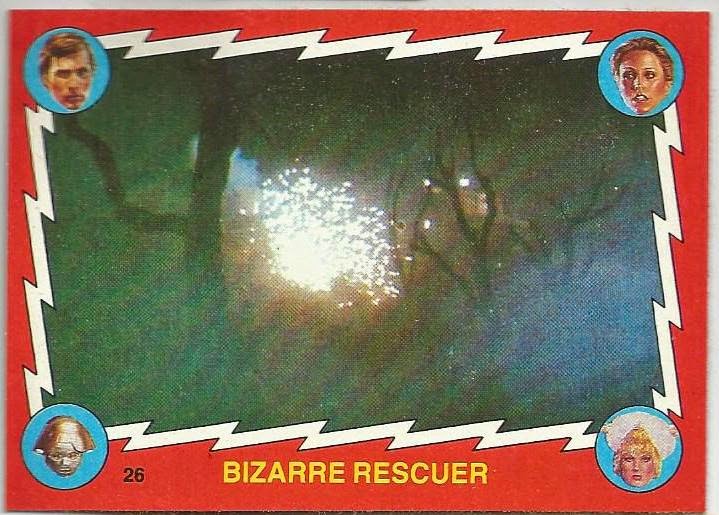 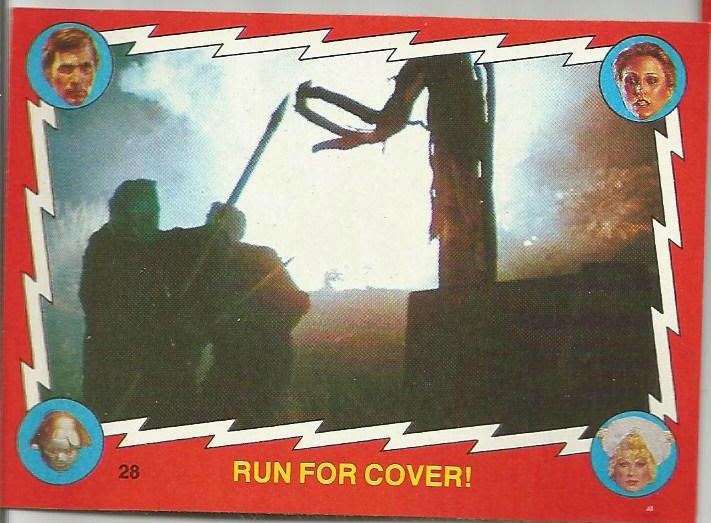 Hope you enjoyed this walk back through time to 1979.

Erin Grey and Barbara Eden were my first two crushes.

Love me some Wilma!