Written by JediJeff at 6:11 PM
It's my scan folder again. I think I will just keep posting until it's empty, then load it back up again and crank out some more posts. Today, let's look at the 2014 offering from Panini of their A&G counterpart, Golden Age. 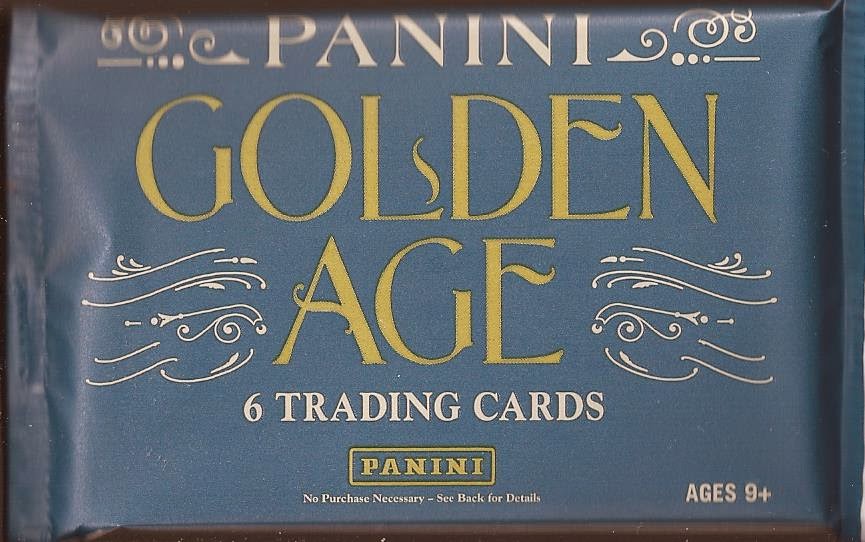 Not a lot of change from last years pack. Sure, the color moved from gold to blue, and some scroll work on the cello, but it's a lot of the same in regard to the overall feel of the pack. And that's not a bad thing in my opinion. Six cards in a pack - 5 base/insert and one mini. 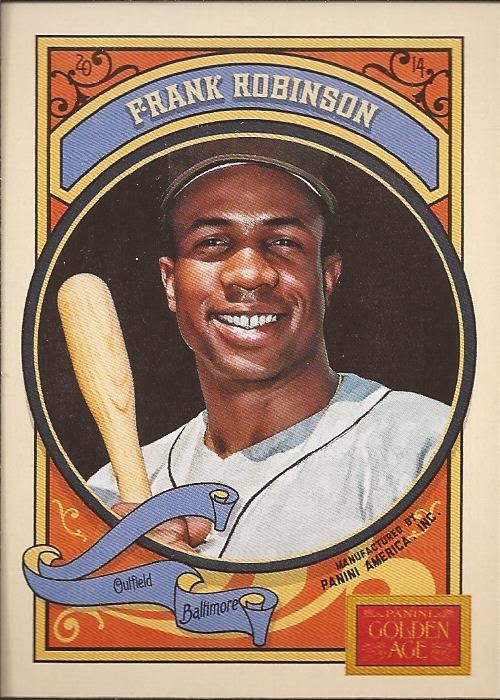 Brighter colors over last year's release. I like last year's design a little better, but I am not displeased with this one. Standard crop picture to avoid licensing issues. The ribbon going into the image, though, is a bad design choice. 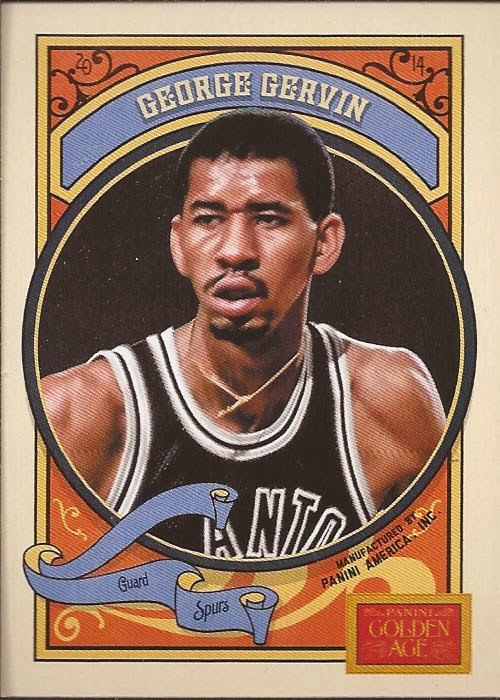 Panini has a NBA license, so no shopping here. Can't think of the last time I saw Gervin in a set, but then again, I don't collect any basketball cards. 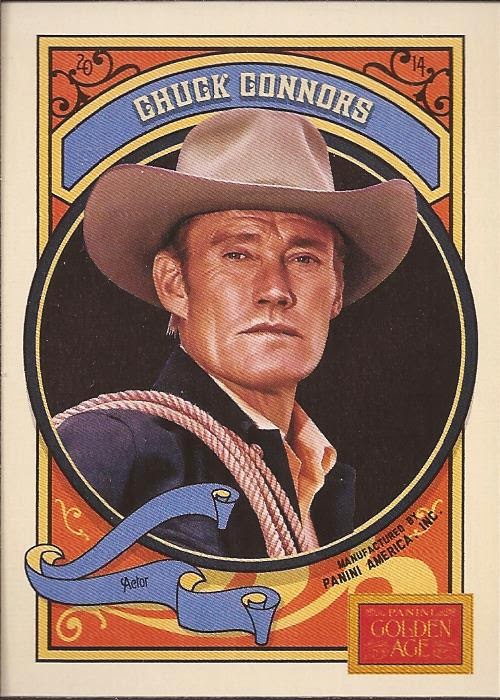 That look pretty much says Chuck is going to kill you. 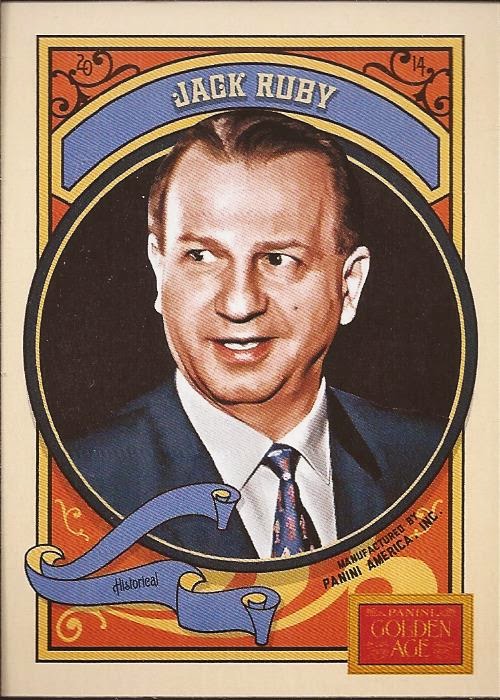 And if Chuck doesn't, Jack will. Who would have thought cold blooded killers get immortalized on cardboard? 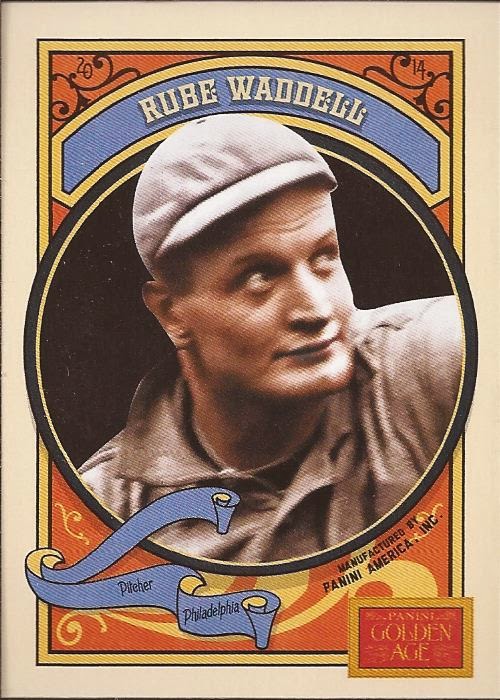 Ever notice how difficult it is to shop out the background on older photos? The Ruby, Connors, Gervin all look nice. You can really see the edging when old players are in a set. Just something I noticed. 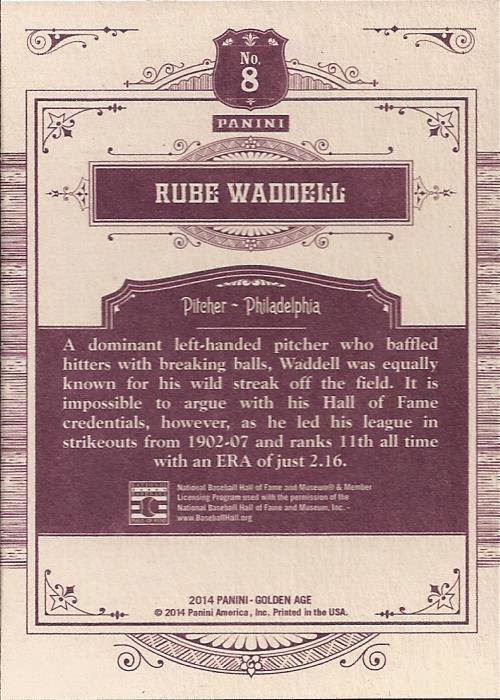 Card back. Panini sure loves burgundy. No stats, though. Only a short biography about the person on the front. 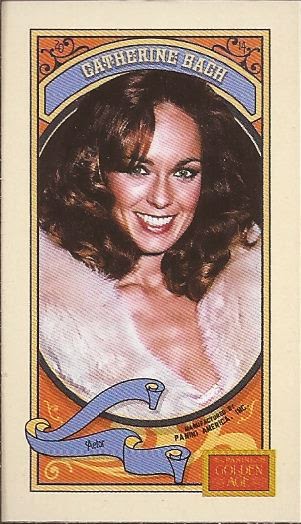 Only complaint about this card is a lack of Daisy Dukes. Multiple color backs again this year, which can drive you nuts if you are going for a master set. Seven different backs if I recall.

Oh, and again, I got a bonus card. In fact, if two packs I have ripped of Golden Age this year, I have received a bonus card. And those two packs contained something like this... 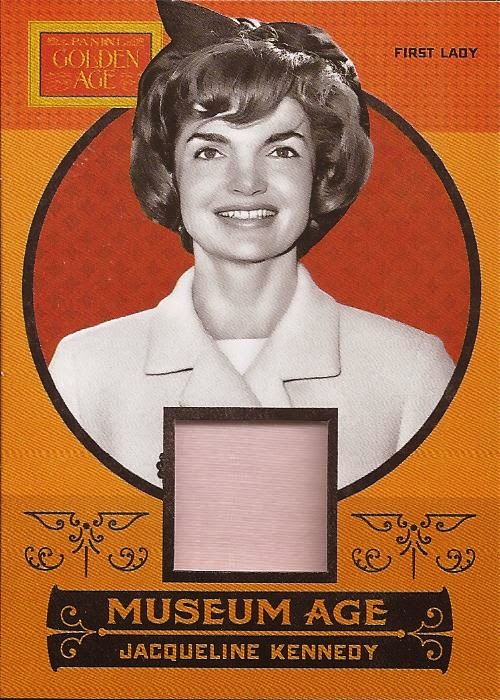 Yup. Both the packs that had relics had an extra base card. Foe non-baseball hits, this is probably the best you can pull from this set. The relic pulls are a nice selection in this year's release.

Ok - that's today. Will someone else post tomorrow? If not, I'll be back.

That Jackie O card is amazing.