Written by JediJeff at 1:33 PM
About 21 months ago, I made my very first post here at APTBNL. That pack was the 2012 release of this product. Today is the final round of the final major for 2014, so let's show off this year's version of UD golf cards. 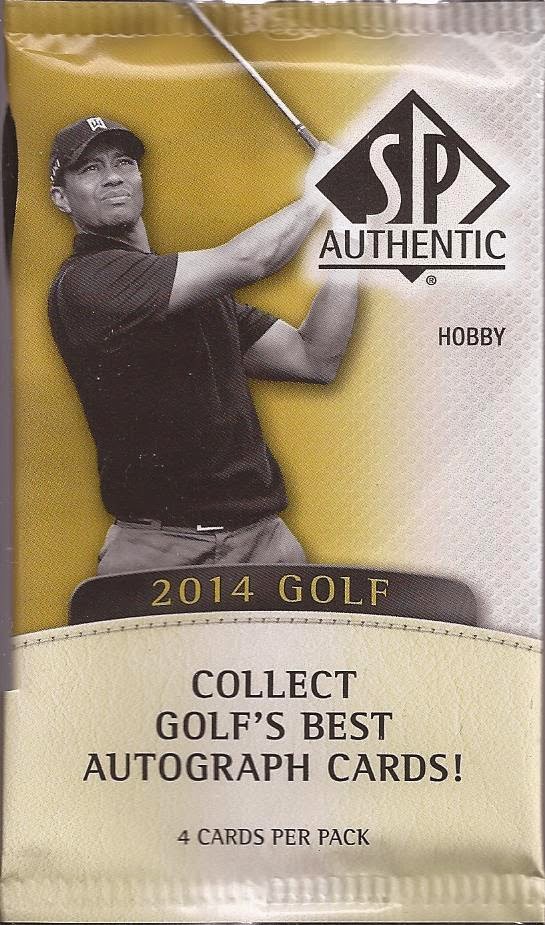 Pretty much a Tiger world when it comes to Upper Deck and golf. He's the poster boy of every pack for the past many years. Very yellow pack this year. Not a lot going on, but don't be quick to judge simple. It works. Four cards to show, so let's have at it. 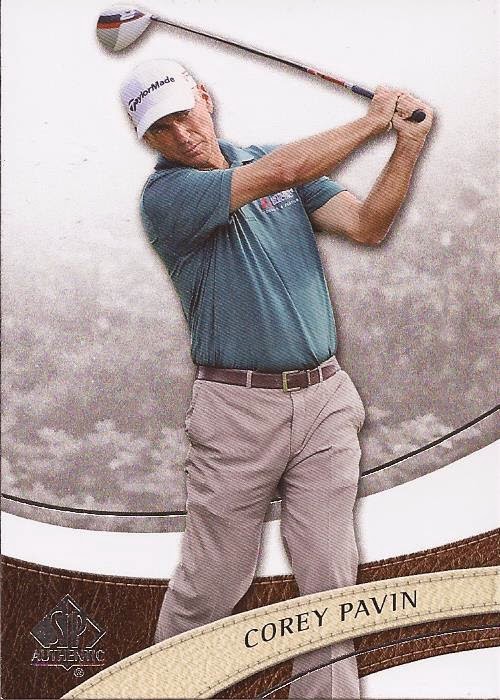 Same idea as the 2012 release, of a full color golfer infront of a faded out background. Nice leather texture/style in the bottom name panel. The name is in black, however. Only the logo and a couple thin lines are foiled - good job, UD. 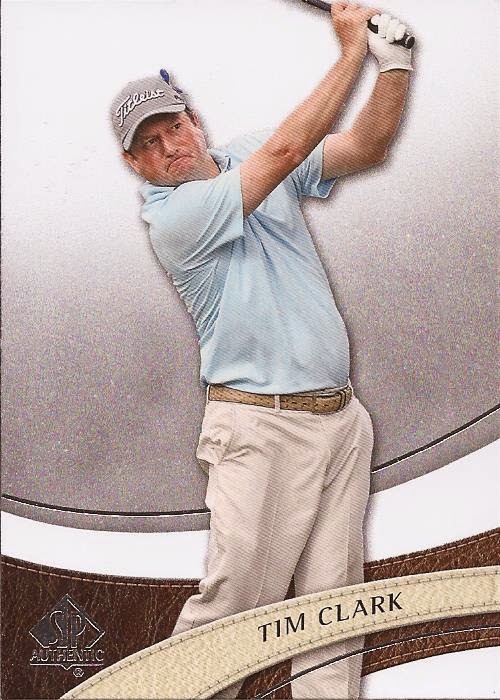 About the big issue with the set is the same poses for all the base cards. Best I can tell. Though, not a lot of choices when you think about it. How about someone lining up a putt? Or maybe pulling a club out of the bag? Upset over a worm burner? Something... 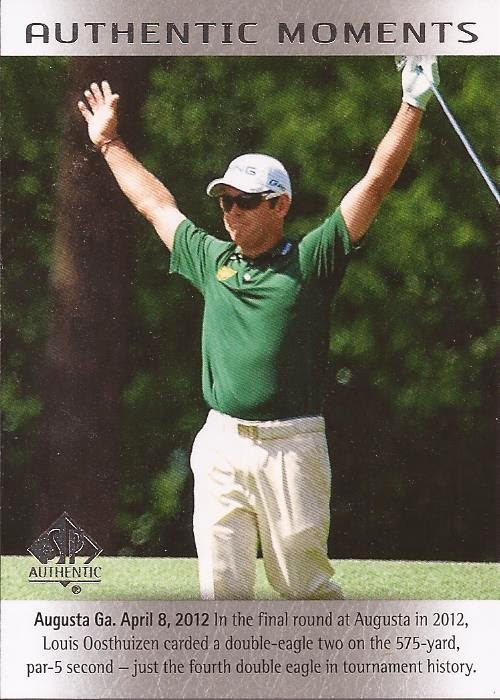 Insert alert. At least we get something other than the player at the end of their swing following the flight of the ball. Kind of phoned in this design, though. Boring and amateurish. 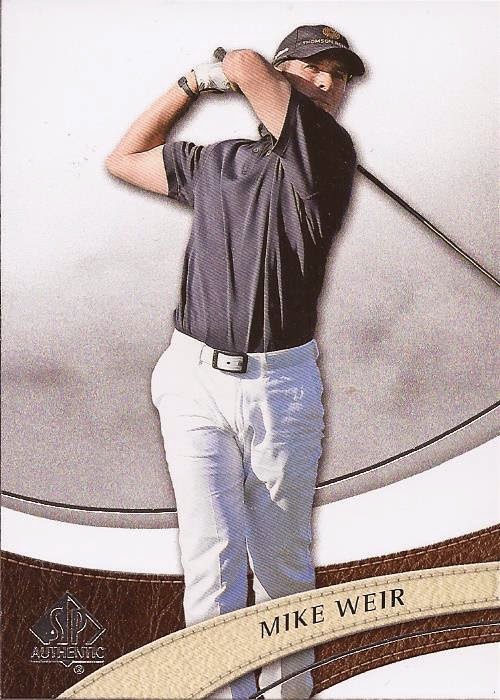 W00t! Southpaw. It looks a little different, but not really. And the backs. 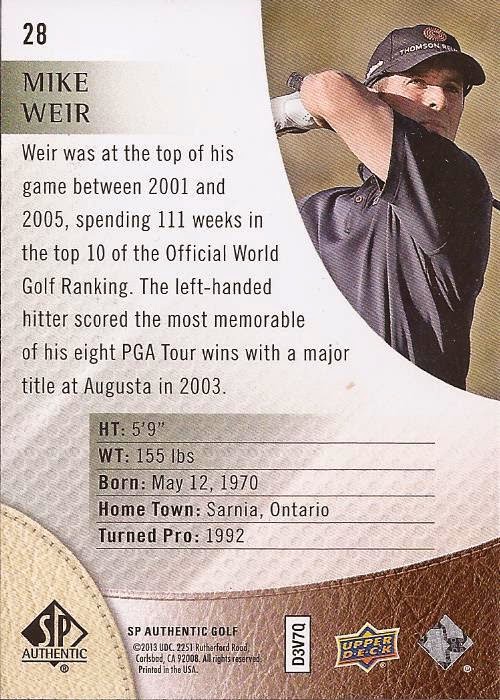 Recycled photo as usual, though you can see the background. Small bio paragraph, and then a little personal information. Weir needs to get a real job. 5'9" and only 155 pounds?? You are not making enough to eat on the tour, son.