I am quite excited to see the EPL season kicking off again. Some interesting changes during the off season, along with the new teams promoted from the Championship League. I'm hoping my boys in blue can raise the cup when the season ends in a few months. Last pear Topps put out a slightly higher end of football products. It was your standard guaranteed hit release, getting either a game used or autograph in every pack. 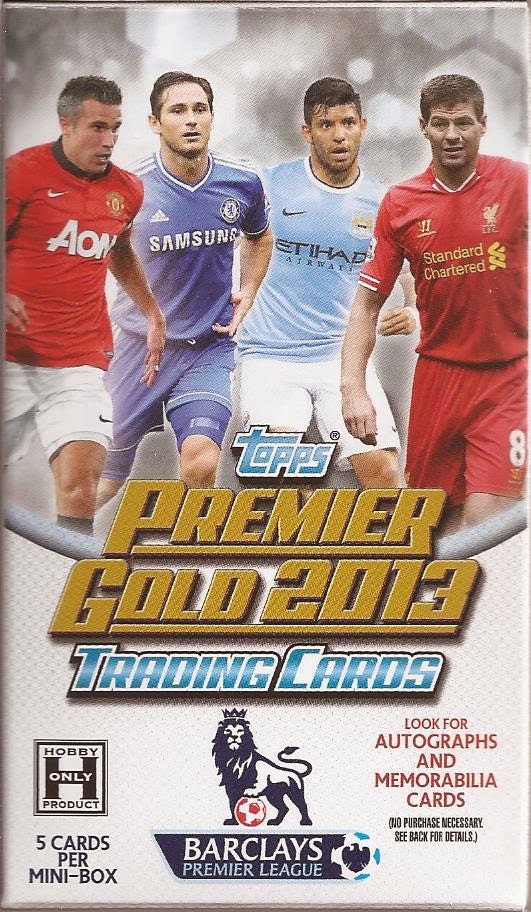 Or should I say box. There were 10 mini boxes per box, 5 cards in each pack. Got your big 4 teams represented on the front, with Van Persie for ManU, Lampard for Chelsea, Aguero for Man City and Gerrard for Liverpool. 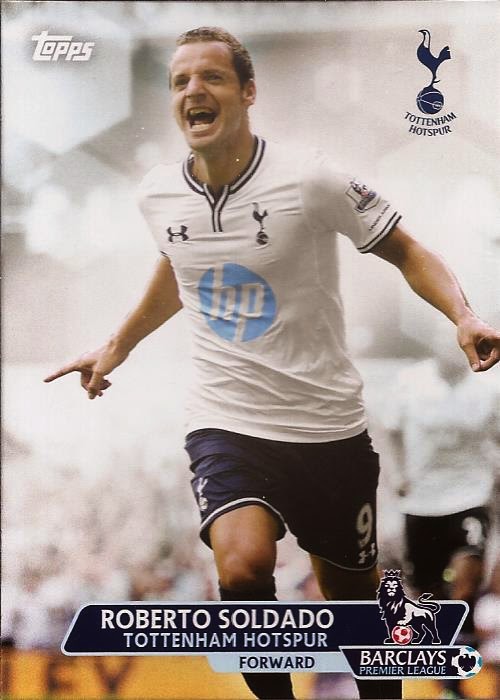 The box echos the base design with the washed out background behind the players. It was thought Soldado would have been moved during the off season, but so far, he's still with the Spurs. 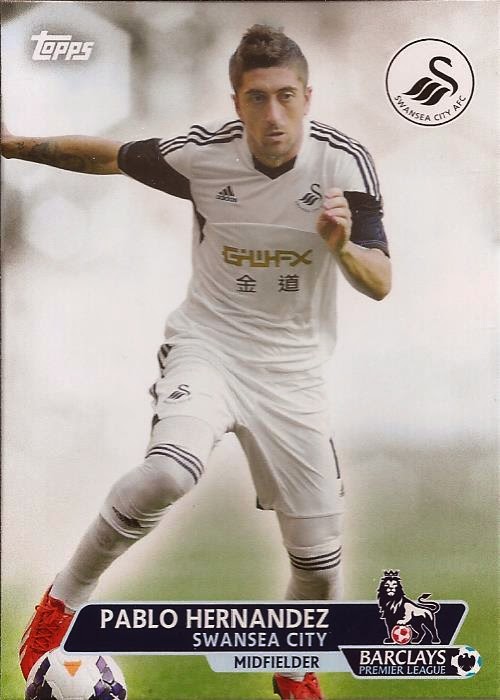 I love Swansea's sponsor. I have no idea who they are or what they sell, but it's so odd. Pablo is another player that may not be in the EPL soon, with a possible transfer to a club in his home country of Spain. 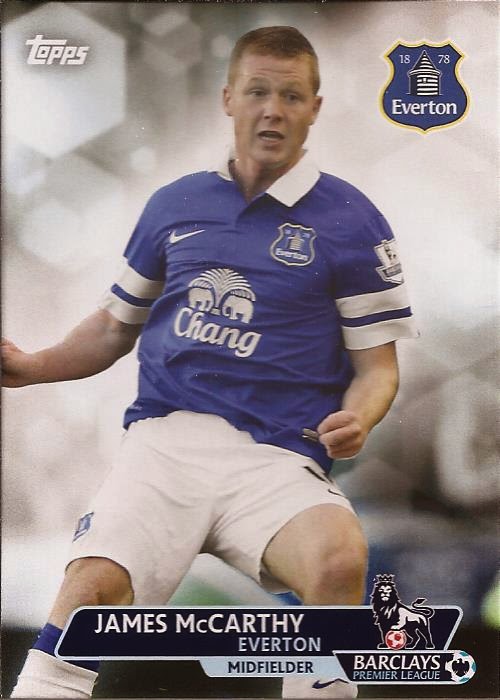 Everton's latest kits look odd. The stripes on the sleeve are way too thick. You may know Everton's starting keeper from his save exhibition at this year's World Cup. McCarthy is an up and coming youth with the Everton club. 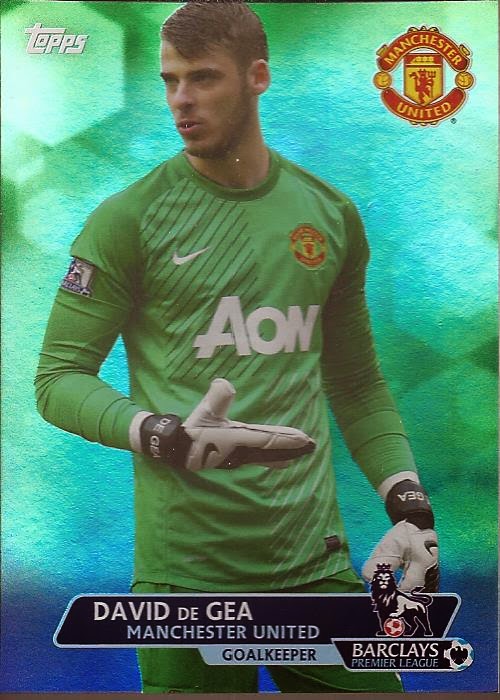 Green parallel from the box of deGea from ManU. All the issues from last year cannot be pinned on this guy, though I was as happy as many to see ManU finish in 7th and not make any other league play in the 2014-15 season. 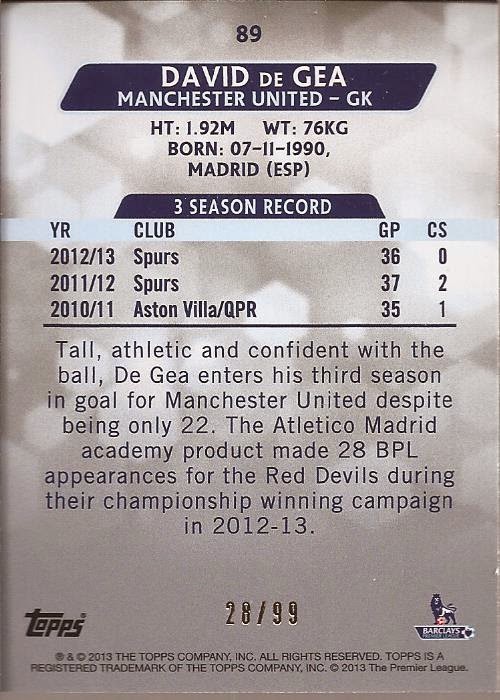 You can see the deGea is serialed to 99. This is the same back as the other cards in the pack - just no numbering. For my guaranteed hit I pulled... 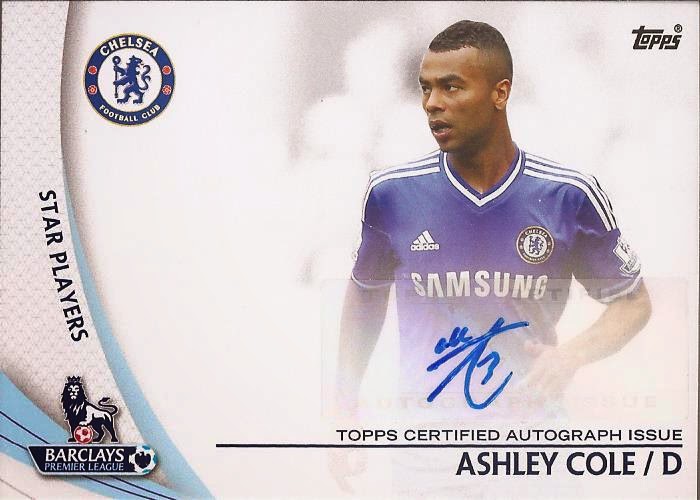 Only complaint is that it is a sticker auto. Otherwise, I was super excited to pull a player from my favorite team. John Terry or Frank Lampard would have been the only other guys I would have wanted to get, but I will not complain over Ashley Cole. However, his 2013-14 season was not the best and his last in Chelsea blue. His contract expired and he's now playing in Italy with AS Roma.

Love these cards but can't bring myself to pay what they ask per pack. Would love to finish a base set though...