Written by JediJeff at 5:52 PM
**ed note: guess I spoke too soon yesterday about a lack of an exclusive license with NFL cards and Panini just snagged the contract starting 2016**

OK, another football pack currently in my scan folder. Let's get it out before the upcoming season starts. 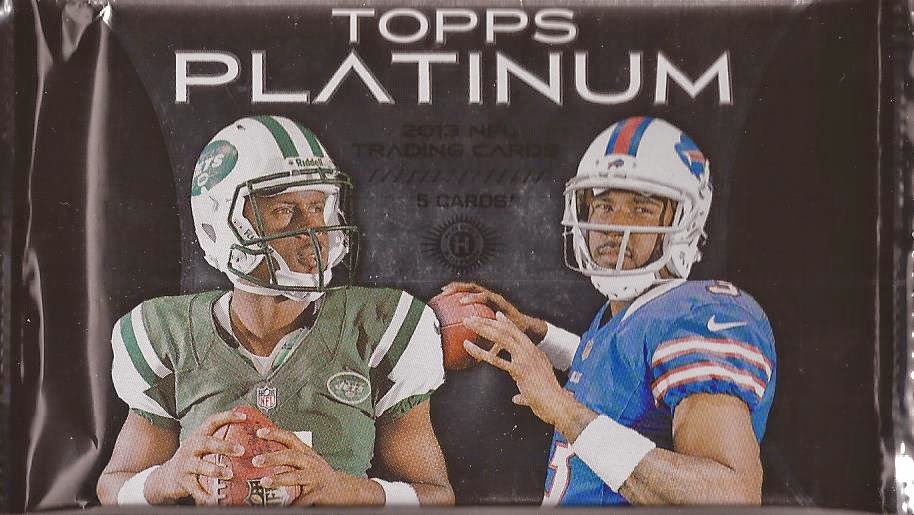 As with yesterday's pack, we get Gino Smith on the cover, sharing it with EJ Manuel. No thanks to the scan, you are hard pressed to read the characters between their helmets. Hobby edition, it tells you. Five cards. Let's see how we did. 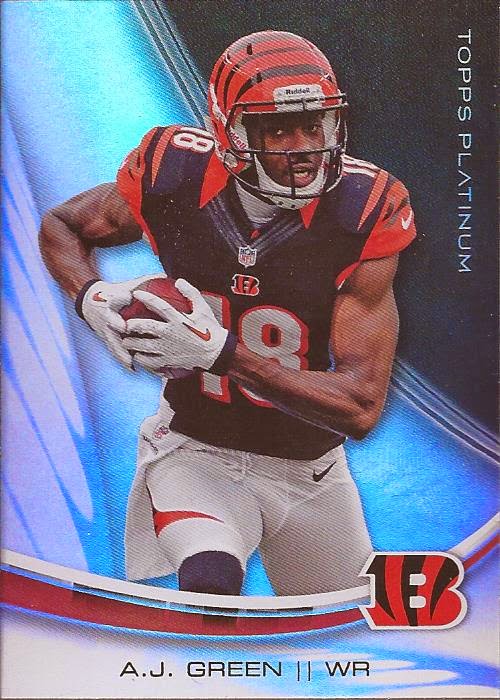 The blue color is actually rainbow foil. Think of the Spring Fever cards you could get in the past couple years. It's a bit busy, but at least the name is easy to read. Logo is well placed on the card and the brand is nicely positioned. 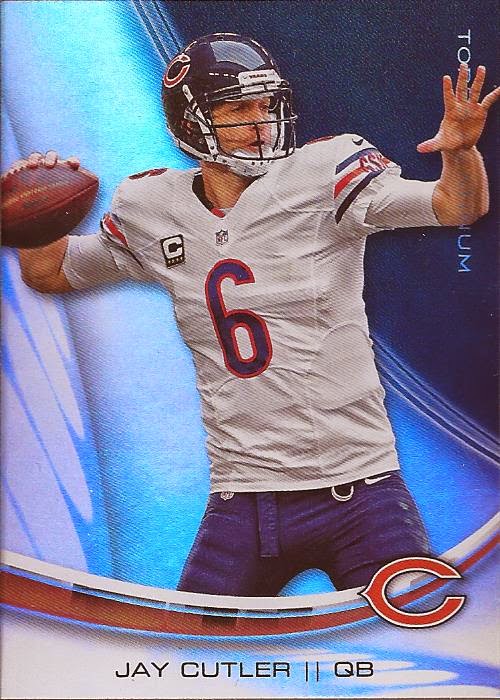 I collect no football, but in the packs I rip, I always seem to get a Cutler. I think he's a jackass, and will never lead the Bears to a Super Bowl. I like how the brand logo gets covered up by the player. 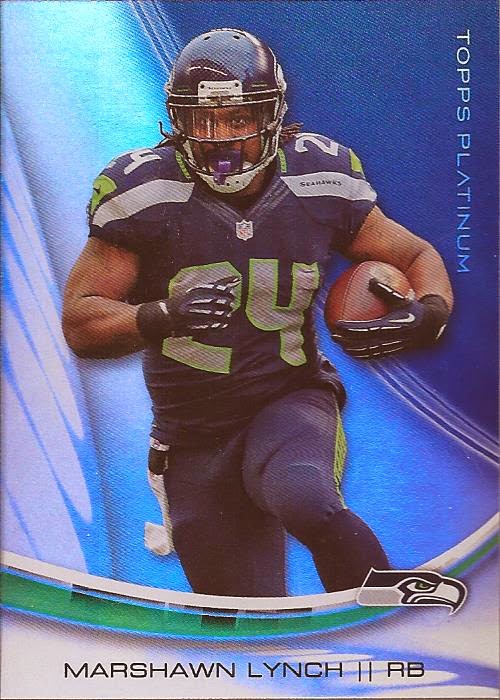 I think this is a decent pull. I forget who is good anymore in the NFL. I do know that I hate the Seahawks uniforms. 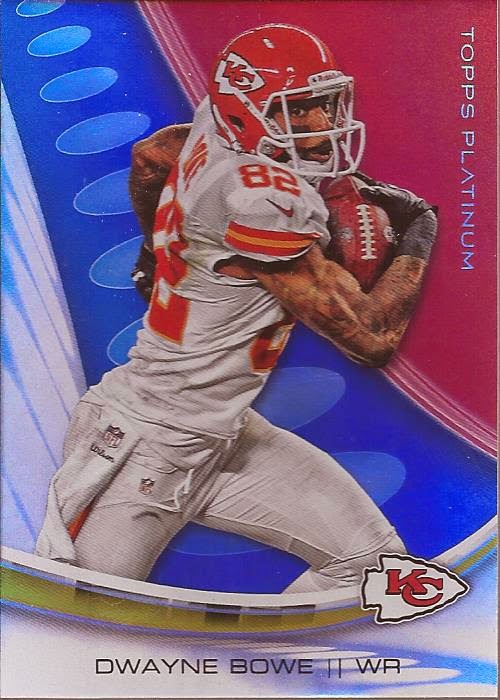 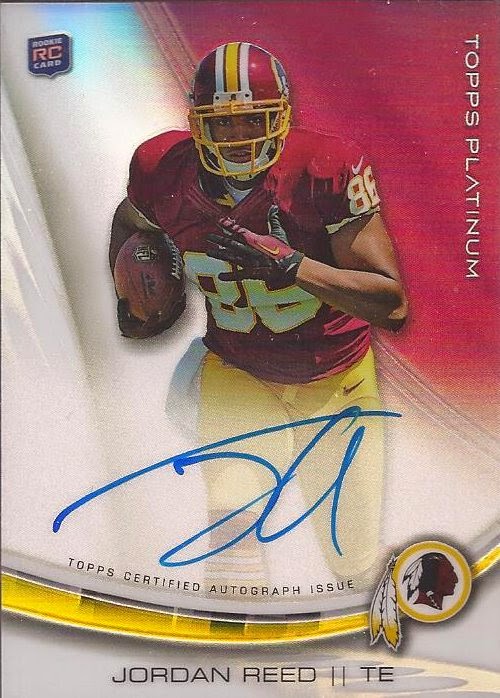 BOOM!!!! A pulled a hit of a 'Skins player. Again - no idea who he is. But he was nice trade bait and turned into a good autograph for my binder. The signature (if you can call it that) is on card, so that is a very good thing. I am not sure if all the autos are on card, but the few I saw pulled were not stickers. Turning one over... 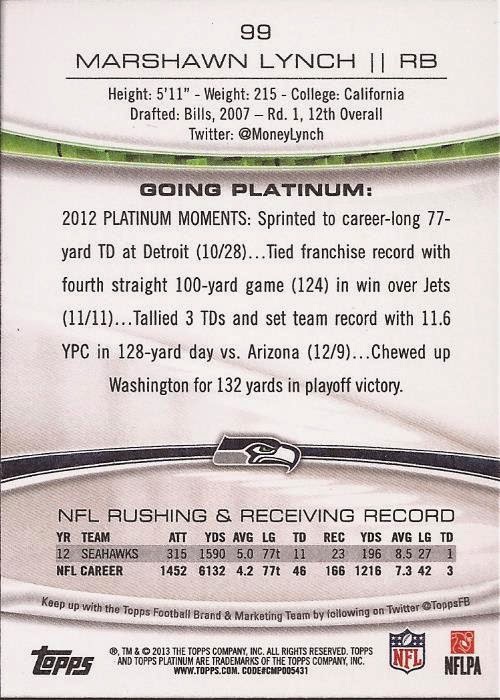 As I am finding with all retail blaster boxes of Platium, they all have autos in them. Baseball I bought two boxes got to autos.