Written by JediJeff at 2:48 PM
I had purchased and scanned a small 5 card pack from the dollar store, but I picked up a hobby pack and figured I would post this instead. Why? Twice as may cards, silly. 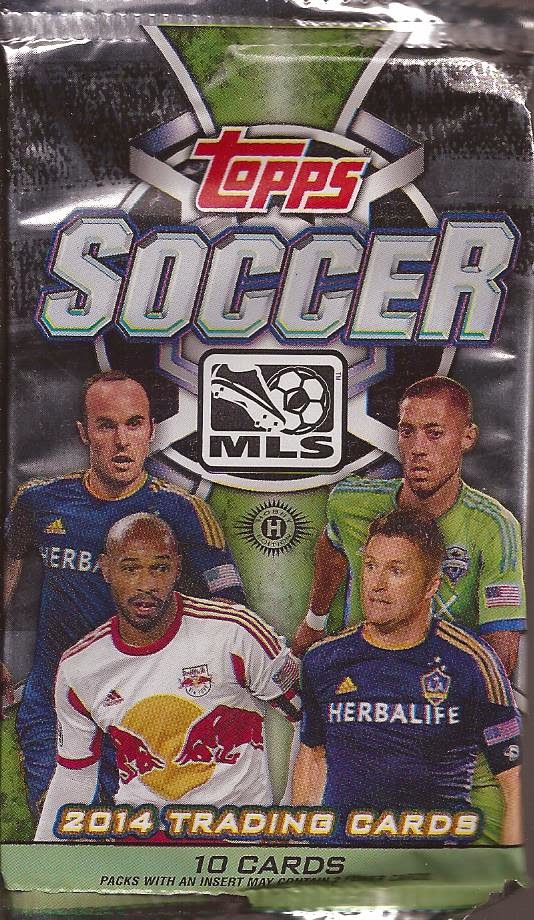 Says so right on the pack there. At the bottom. Too much LA Galaxy on the pack, with Donovan and Keane, along with Dempsey and Henry. As I said, 10 cards, unless I pull an insert, then I will get less. 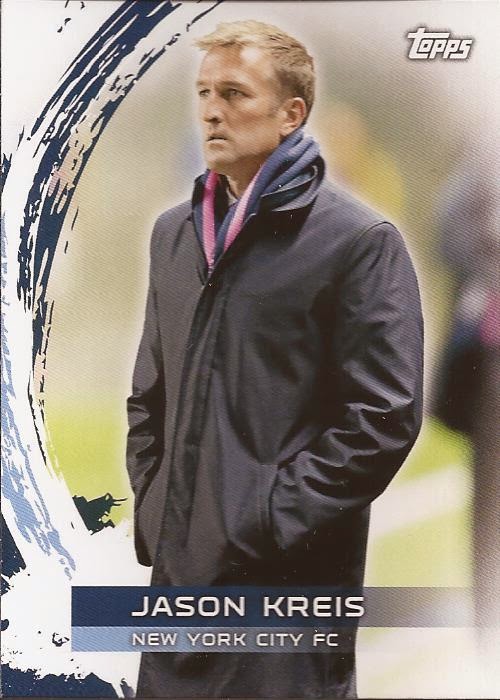 That whole paint swipe on the side is so late 1990s. While this image is pretty boring, the rest id good. What don't you see? Yup - FOIL!!!! There is no figging foil to be found on these cards. And it's proof you don't need it. #dumpthefoil BTW - Kries is tagged as the new manager for the new NYFC team. 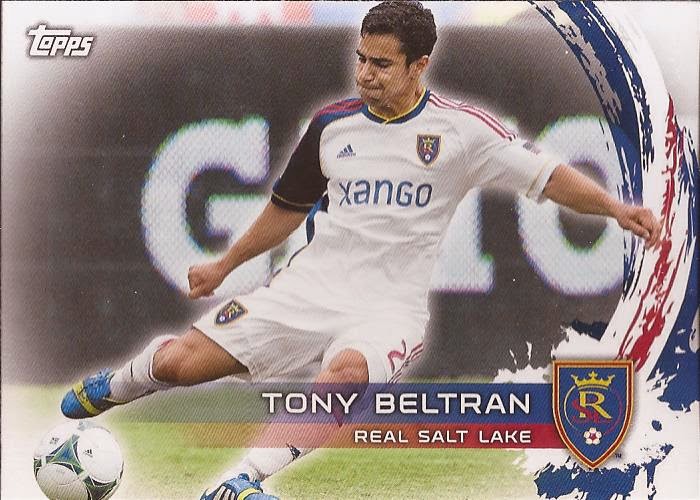 Again - the swipe is silly, but good images. Beltran has bee a stallworth on Real's back line. 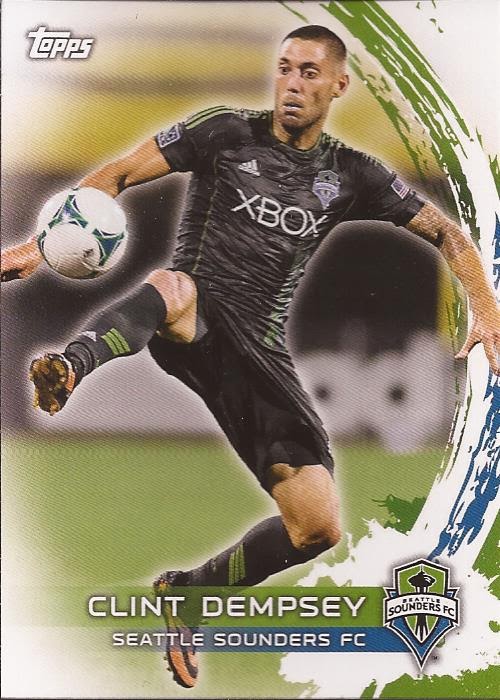 Hate Seattle's black unis. I'm going to chance a TTM with this card. 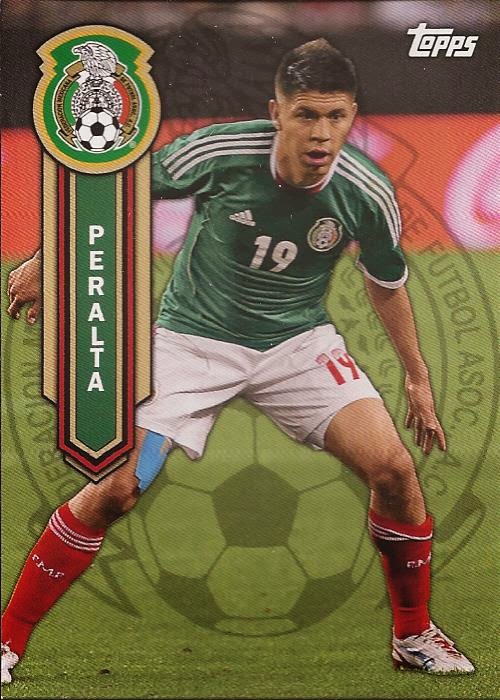 This card is part of a Mexican National team insert set. Not sure on the distribution, but there are 10 total cards. Com'on Topps - think! It should be 11 cards at least. 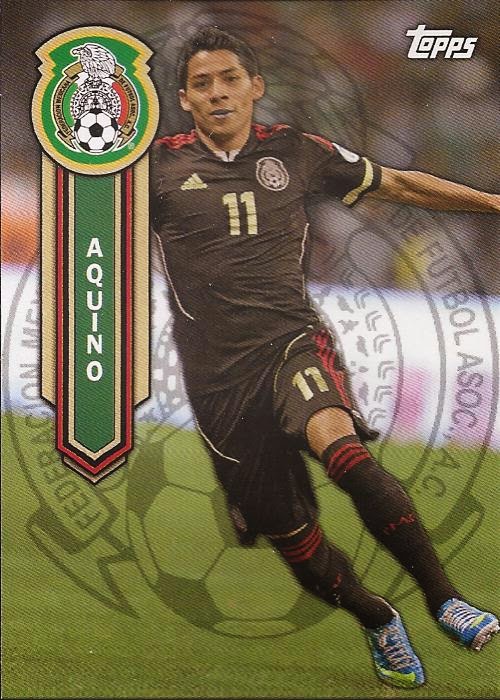 I even got a second from that insert set. Somehow, Ochoa is not part of the set. Sigh..... 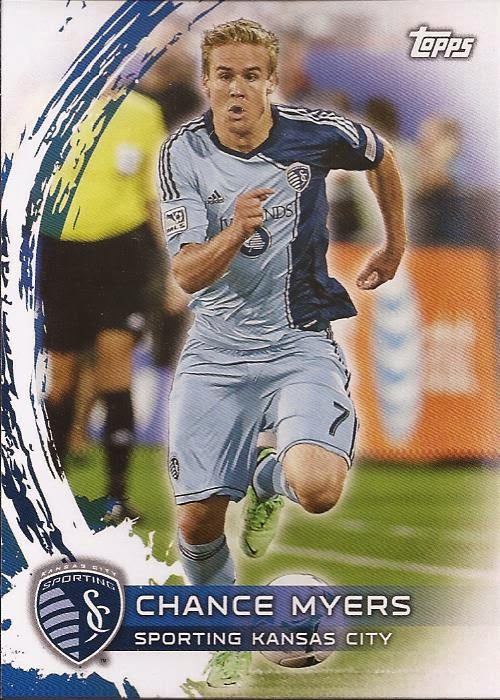 Chance blew out his Achilles and missed all but the first 7 games of 2014. Good defender in KC. 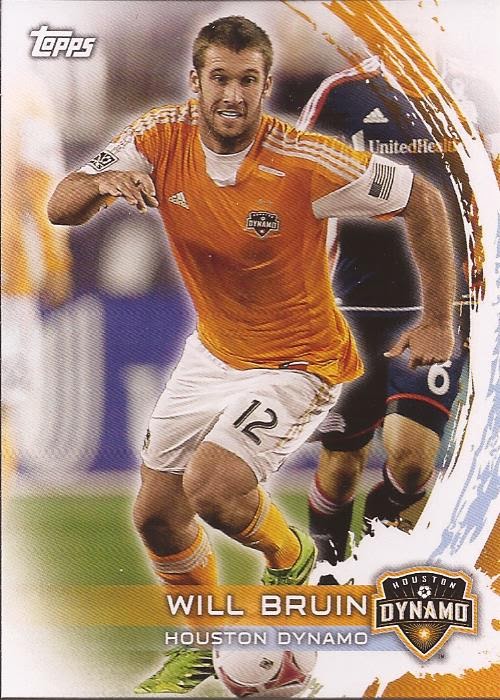 Rare shot of Houston without their sponsor jersey. Bruin has been drafted a couple times into national team service and was a member when the US won the CONCACAF Cup in 2013. 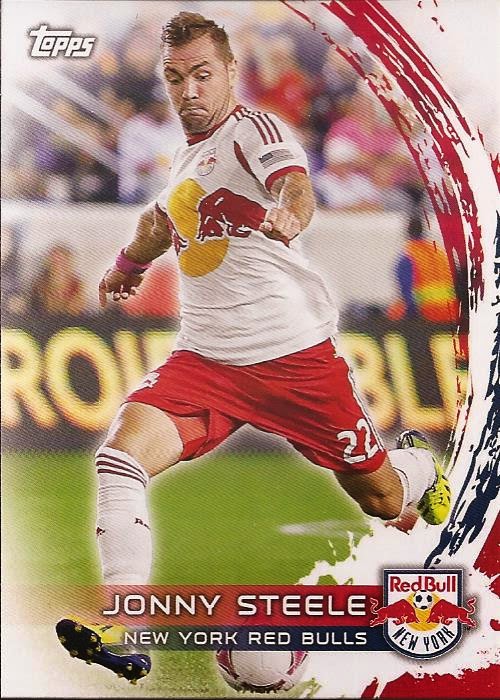 No, not one of the reincarnations of Superman, Steele is not longer a member of the Red Bulls, being released in July. He is currently in Australia, as well as a member of the Northern Ireland national team. 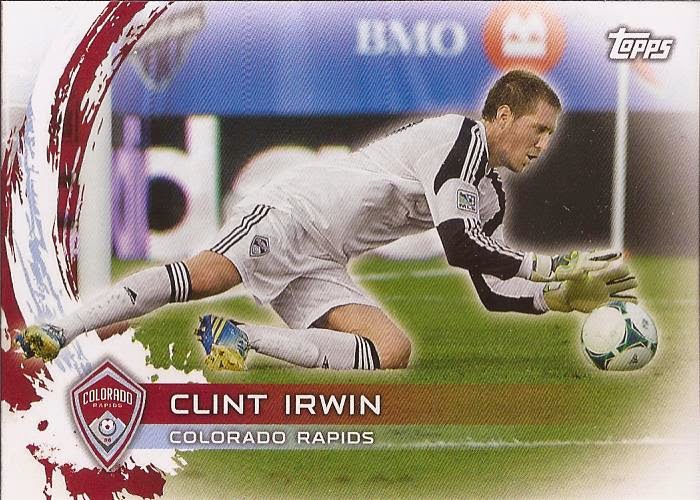 All keepers should have horizontal cards. Irwin is the starting GK in Colorado. 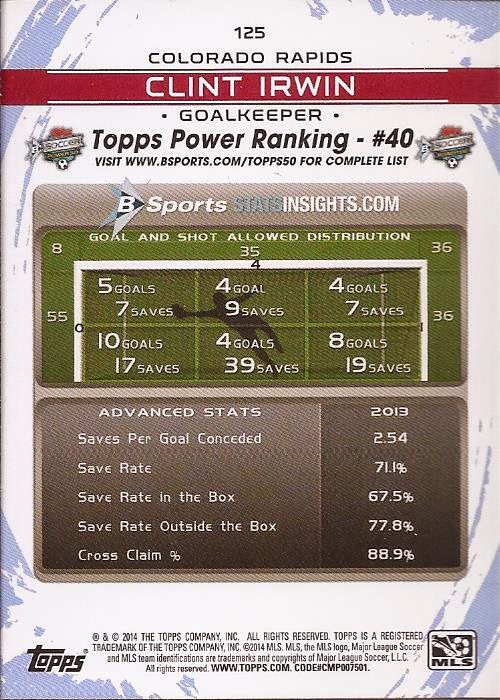 Here is the back of the Irwin card. Instead of career stats, you get these Power Ranking grids. It's a refreshing change and reminiscent of the early 90's Stadium Club cards. 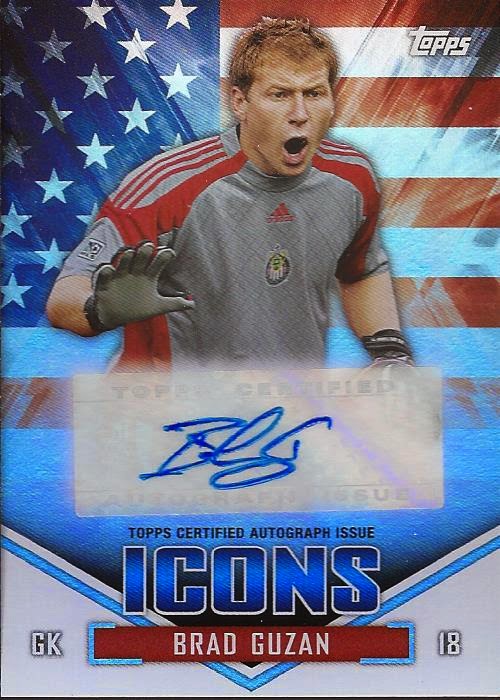 And yes - I did luck out in my pack, pulling an Icons autograph of Brad Guzan. Brad is the backup to Tim Howard on the US national team, as well as the current starter in goal for Aston Villa.

Now, the pack stated that if I have an insert, I may have less cardboard. I actually pulled 11 cards from this pack. 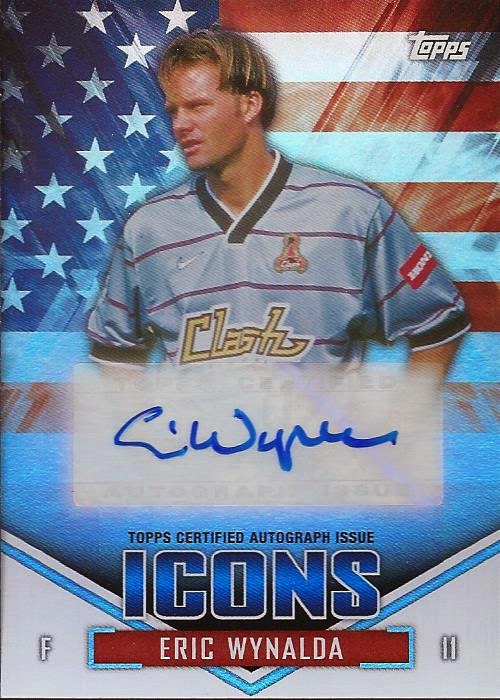 BOOM!!!!! Double autograph! Some how, the gods gave me two auto cards in the same pack. The pack odds say I have a better change pulling a printing plate (1:47) than I do pulling an Icons autograph (1:77). Well, I destroyed the odds with this little mistake. Plus, I am stoked to pull an auto of Eric Wynalda. Played a lot of years on the national team (106 caps) and was the all time leading scorer on the men's team before Donovan passed him in 2008. Also scored the very first goal in MLS league history.

Even with the design, this may be a box purchase in the future.

I'm not a soccer fan but I can always appreciate two autos in a pack!

I remember the days when Wynalda was scoring goals in San Jose... good times. Great pack.