Written by JediJeff at 5:49 PM
Another run through Random.org and we are posting a pack of hockey. Specifically, Champs from 2008-09. This was the inaugural release of this brand, and we posted the second year before. Just two years on this set, which is a shame because of it's look and it's subject matter. With the NHL license exclusive, let's hope UD gives this set another go around. 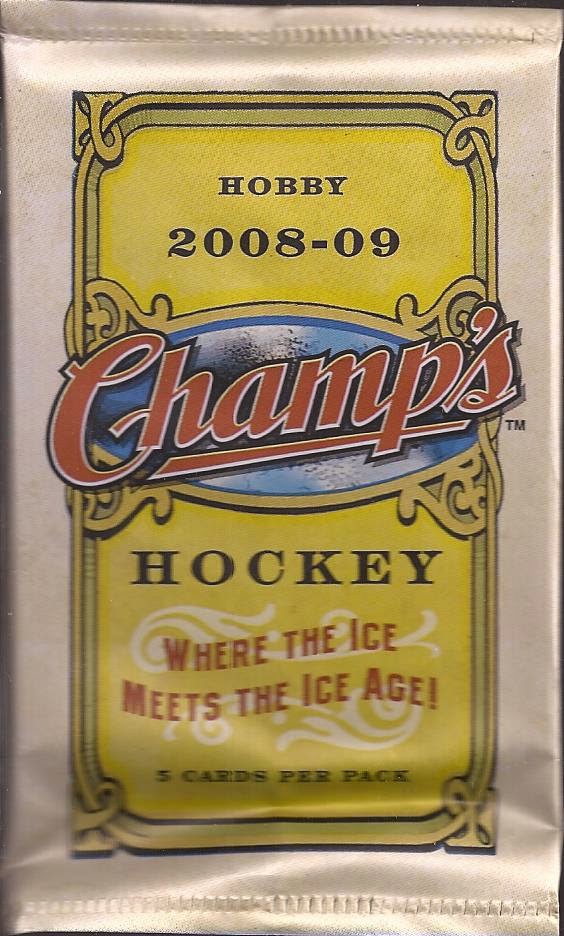 Hobby release. I need to get a box of this before my LCS sells them out. If you have never seen Champs, think of Gypsy Queen for hockey. Both releases ties the prehistoric world with the hockey world. Sounds corny, but it works really well. Five cards in the pack, and there are possibilities of hits with relics and signatures on the mini cards. 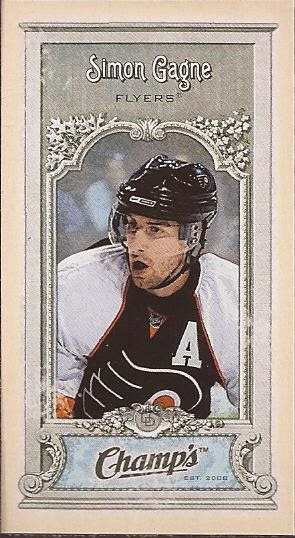 First out is actually a mini of Simon Gagne. The only complaint I have with the design in the just slightly too much space where the name is located. Bring that a few pixels in and it would be perfect. 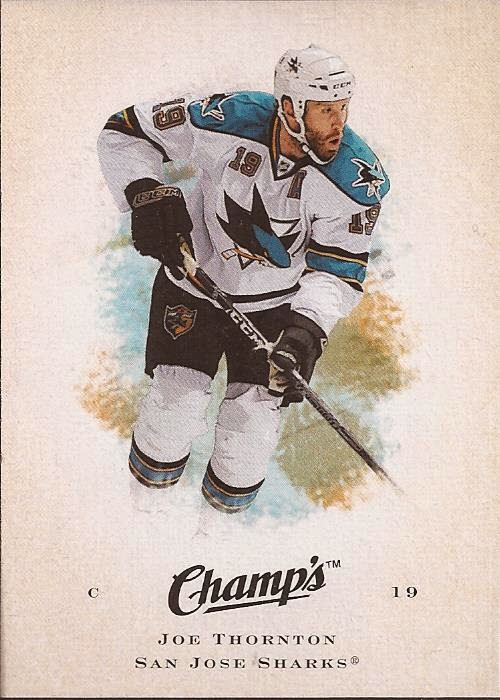 How Allen and Ginter is that? BEAUTIFUL!!!! I would put this up against 2008 A&G and it would make for a hell of a vote. So simple. So perfect. Now you know why I want this set. 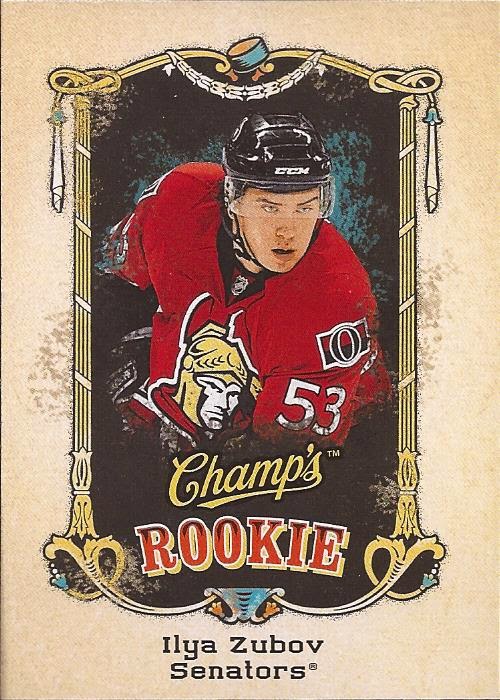 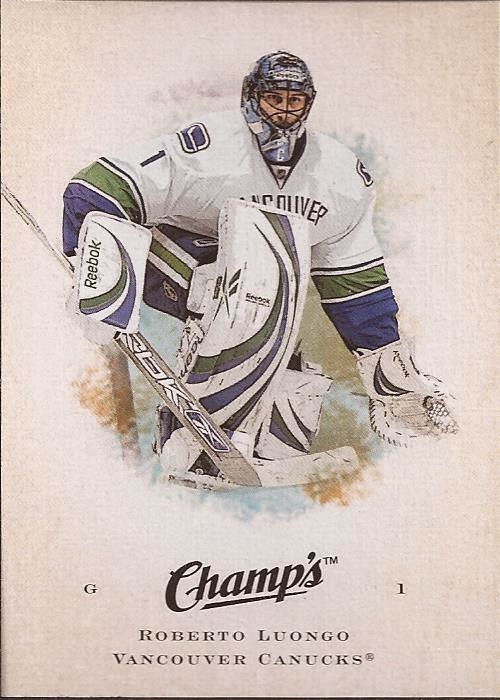 Champs is a set that even Luongo looks good. If the set was called "Hawks", well.... not so much. 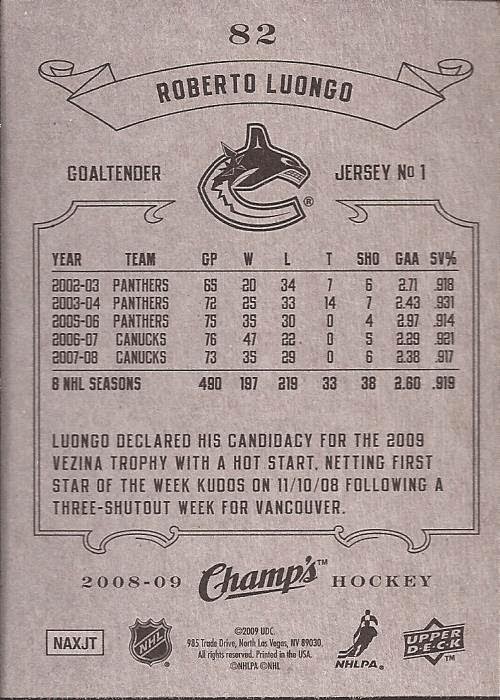 Here's the card back. Nice gray chipboard for this set. Just five years of stats. Still - this is nothing to take away from this pretty set. 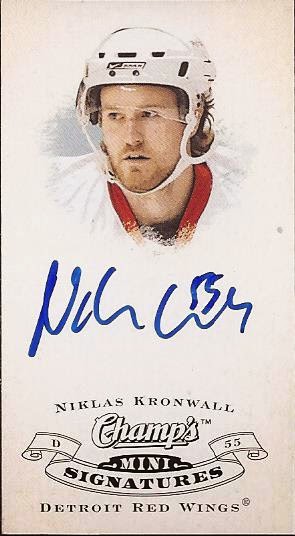 Well looky here! Got a hit out of this pack with a Kronwell mini auto. Three hits per box, 2 autos and a relic, so I pulled one out of the box with this Niklas. No sticker either.

A sweet Kronwall auto AND no Blackhawks? It's like the perfect pack!

Sadly, no Blackhawks in your pack but I do love the design. I got lucky and picked up a cheap lot of 48 on ebay recently.