Written by JediJeff at 6:40 PM
Brace yourself: the NHL is coming. Opening night is just two days away. Let's work on posting some packs before the season starts. Since it will be only Upper Deck licensed offerings this year, here's a release from Panini. 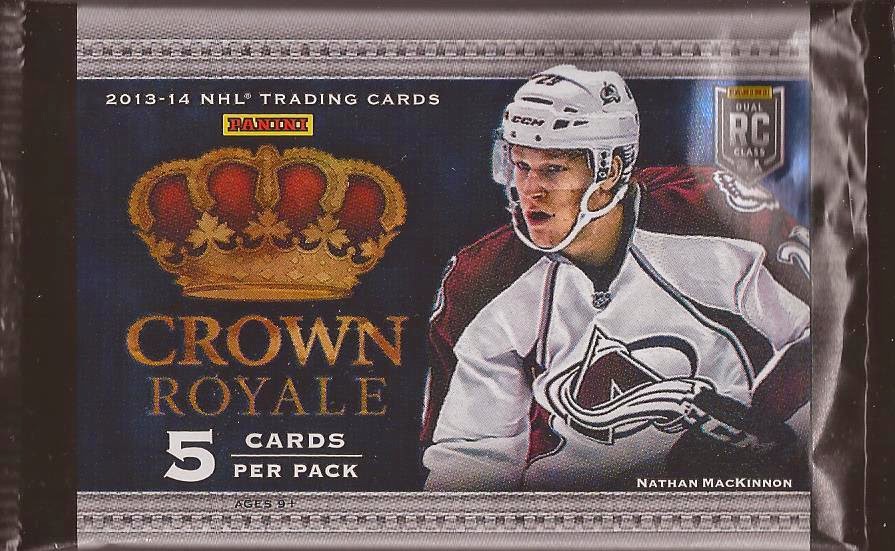 I am trying to recall if this was a hit a pack release. The internet says yes. It came 4 packs per box, and each pack was an auto or a relic. So we know I will be pulling something. Decent pack look. All the Crown Royale releases work that crown into the card base. Five cards, so let's see the 4 that weren't hits. 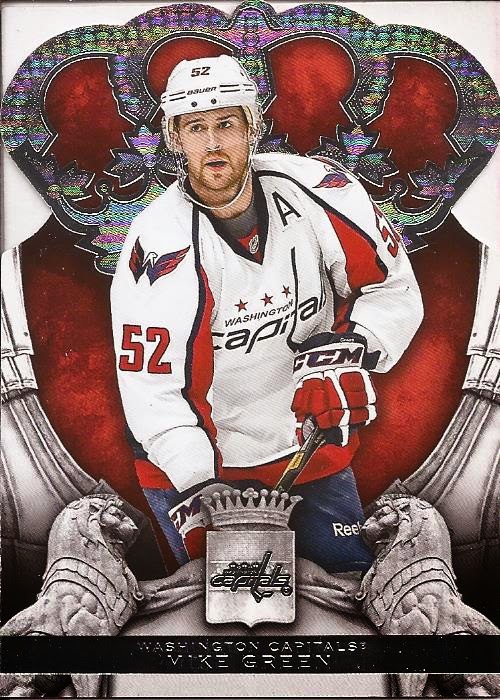 Die cut around the top, so where you see white, that's the cover of my scanner. Very regal design, and boy it is foily. As in Panini (too often), you can't read the name unless you are in the right light. While the premise is nice, it's too garish a set. Just a little too much. 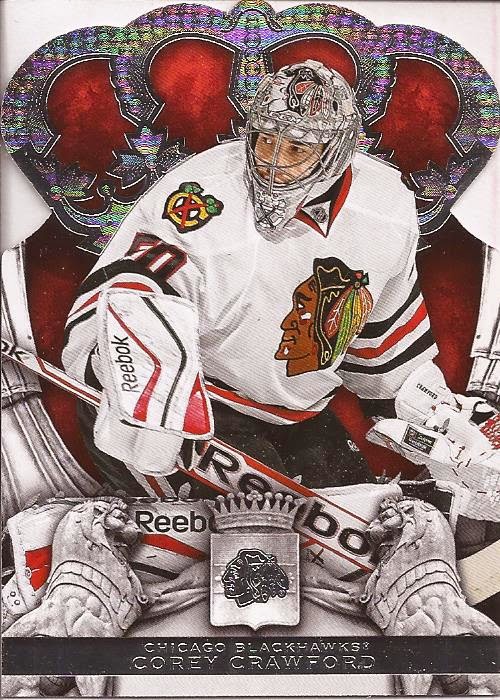 Pulled a nice Crow, and it's a good action shot, but the badging, the lions, the crown....image overload. 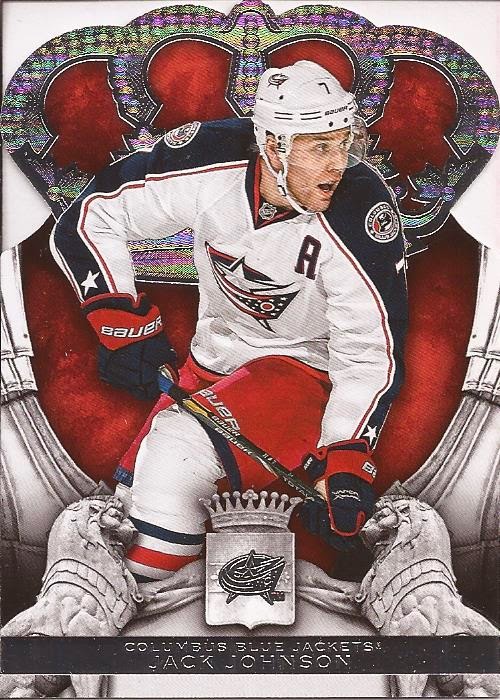 Don't hold me 100% on this statement, but I believe all the players are shown on the base cards in their road whites. I did an ebay search, and all I see have white sweaters on the base. 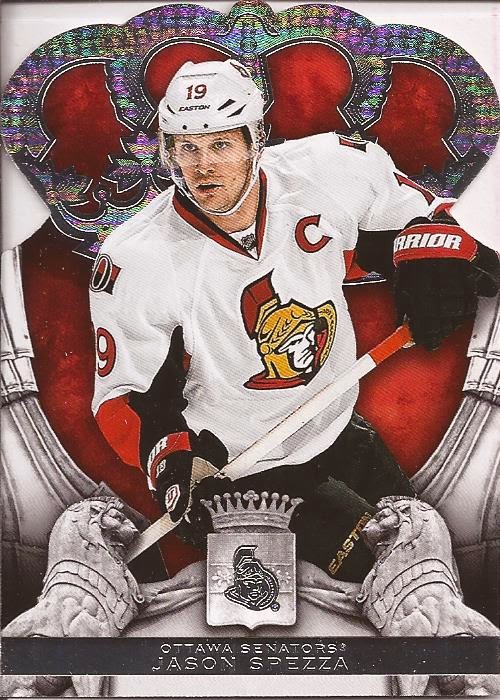 Notice the foil on the crown has a touch of a refractor look to it. Placing bets on the back having a recycled image and single line of stats. Who's in? 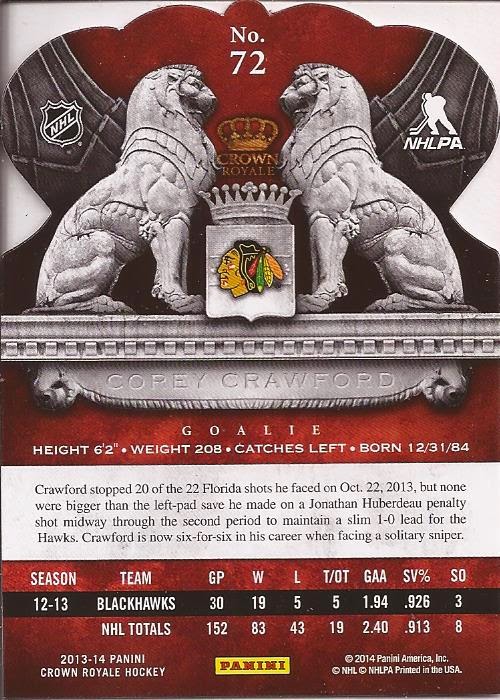 Shame on you - could have won. We do get the single stat line, but no recycled image. By the way, it was pure luck on the red backgrounds. There are blue, green and yellow backgrounds on base cards. Ok, my hit. 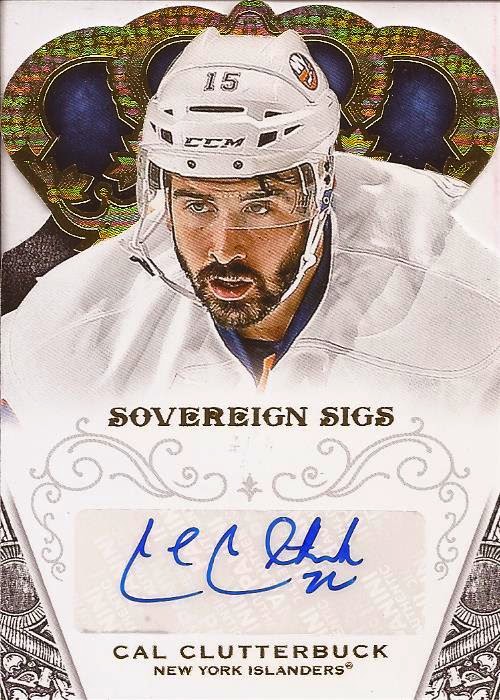 Meh. Sticker dump for sure. You can tell from the number on the sticker compared to his helmet. Clutterbuck was 22 with the Wild.

Blah set that will not be missed.