Written by JediJeff at 6:08 PM
One team has punched their ticket to the final round. Congrats San Jose. One more game left for the other conference. And Random selected 2004 Pacific Hockey. 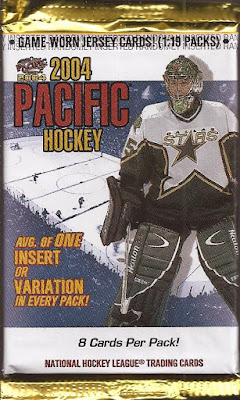 Pulled this from a hockey repack box I picked up at Target. This was released the year after the Devils won the Cup, so not sure why the Stars got the cover. A whopping 8 cards in each pack and you get a variation or insert in each pack. Chance of a game used. Did I hit one? Well, let's look. 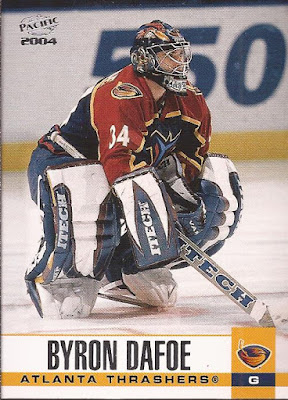 Very Score in it's look. The player's name is in foil, along with the logo at the top. Nice full bleed cards, and the photos are decent. Just short of UD in quality. 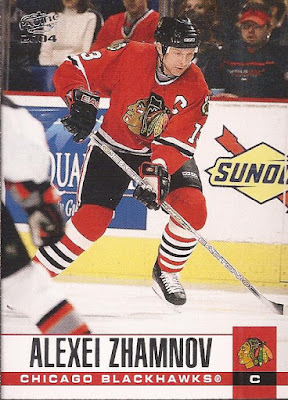 Yeah - a Blackhawk. But it's Zhamnov. At least you have the best sweater in all sports on the card. Bonus points for the Sunoco logo. Being this is a photo from the 02-03 season, this is actually a road game for the Hawks. If was the 03-04 season that the teams switched to color at home. Sunoco is the giveaway as there are no Sunoco gas stations in this neck of the woods. 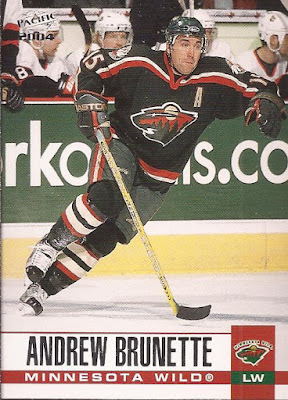 Decent old sweater for the Wild, but the pants being a lighter color than the top is not right. 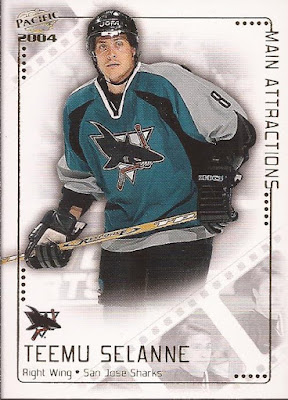 Got an insert. Decent one in Selanne. 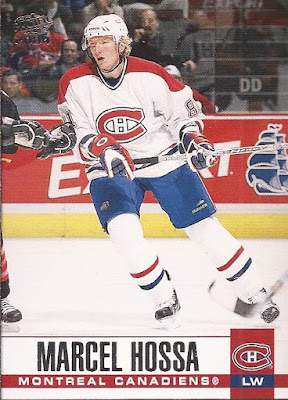 You may know his more talented older brother. Marcel is currently playing in Europe. 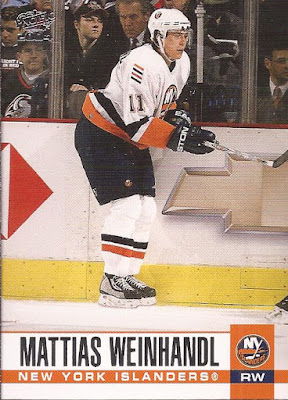 Who? Mattias had just 127 games in the NHL with New York and the Wild. He finished his career in Sweden and Russia. 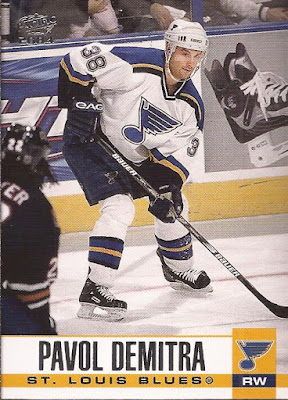 Pavol was a semi successful player for five different teams in the NHL. In 2010 he left the league and signed on with Lokomotiv Yaroslavl, becoming an unfortunate member of the doomed club. 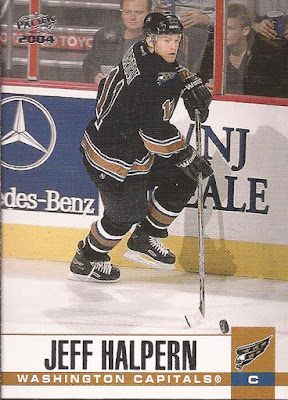 I really didn't have much to say about Jeff here. Yes, the sweaters are ugly, but I didn't want to beat that horse. Then Jeff's Wikipedia page mentioned his wife is a former Redskins cheerleader. Which gives an excuse for this:

And if you still give a crap about the back of the card... 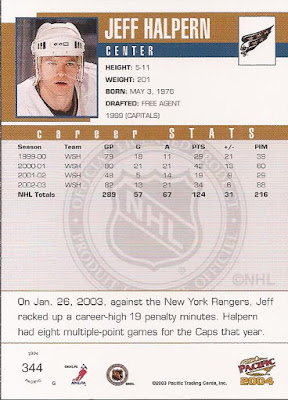 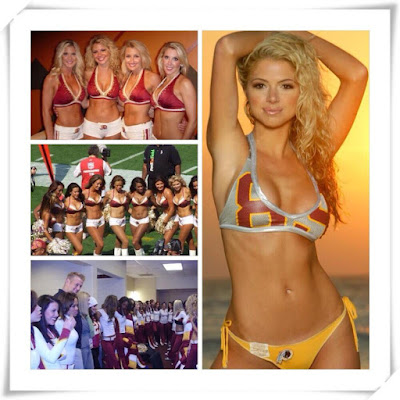 I'm in the wrong career.

Kudos to Pacific. They did a great job with photo selection for this product. I wasn't a big fan of their 90's stuff, because of their excessive use of gold foil. But this set had a decent design too.