Written by cynicalbuddha at 11:18 AM 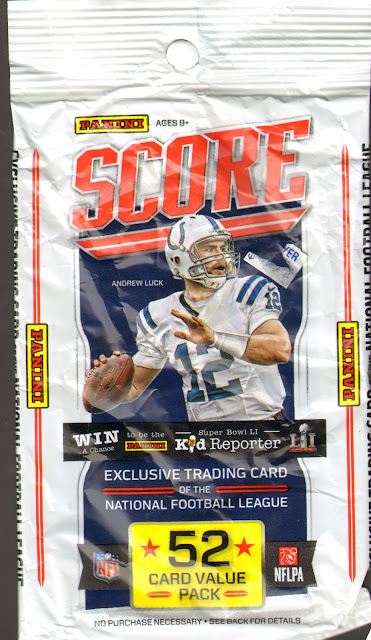 I do believe this is the first NFL product of the year and Panini's first as the sole NFL card manufacturer.  Panini taking a cue from Topps and making sure you know all about it with it being printed all over the pack.  By far the best value if your just looking for base cards and a few inserts are these retail jumbo packs.  Over the last couple of years Panini has transitioned Score from it's bottom of the barrel low end football product to it's flagship football set.  330 base cards and 110 "rookies".  I used the term rookies loosely as this product was released a week before the NFL draft so all the "rookies" are featured in their college uniforms with their college teams.  So I have a hard time calling their cards rookie cards until there listed under their NFL team.  Ahem.  Lets have a look. 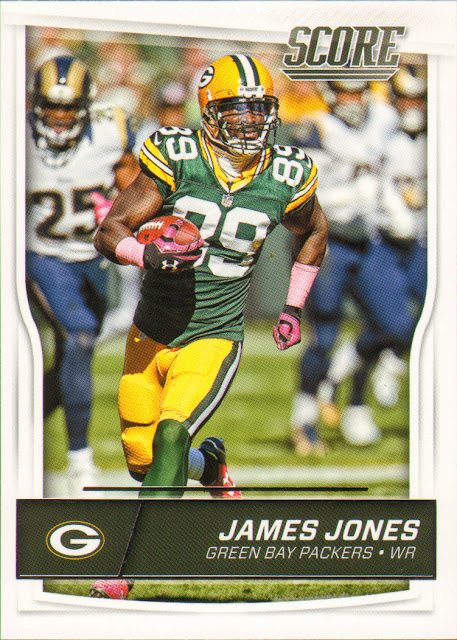 Mr. Jones here was my lone Packer of the set.  Overall the design looks very Toppish.  Still probably a little too much border, but it's getting there. 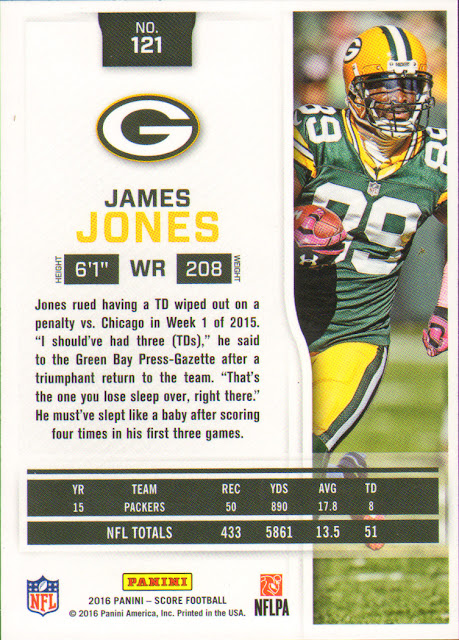 The backs too have a nice clean look.  It would have been nice to have a second photo on the back instead of a crop copy of the front.  Here are the rest of the base cards. 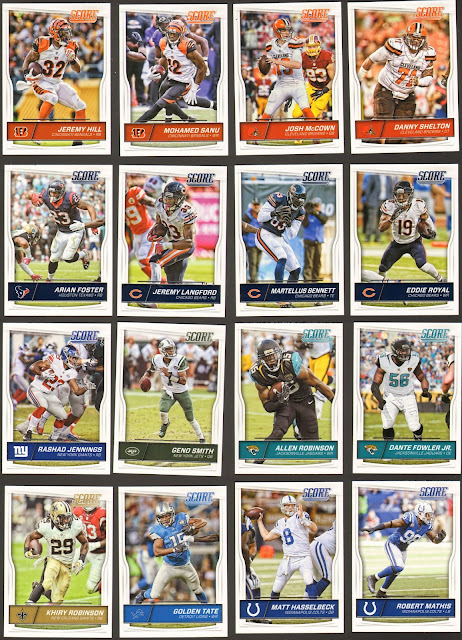 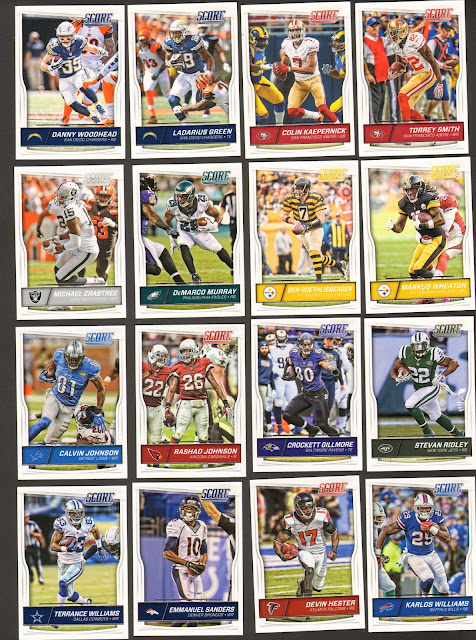 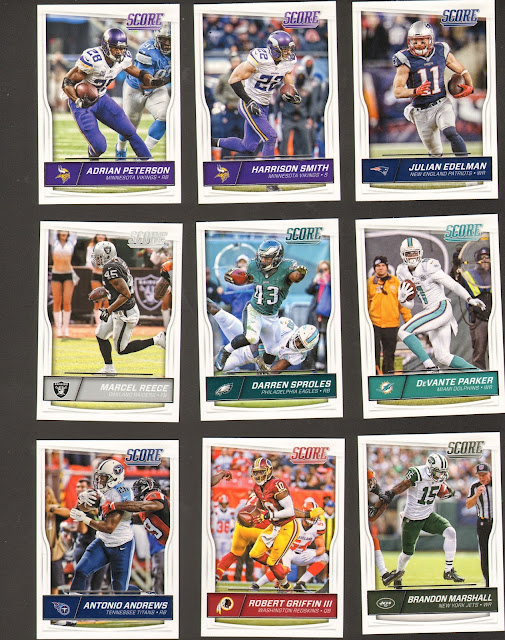 You might have noticed that there were a bunch of player from the same team right next to each other in the scans.  That's how they came out of the pack.  You get 6 "rookie" cards per jumbo pack, at that rate I'd have to open 18.3 packs to get them all and hope for no dups. Yikes 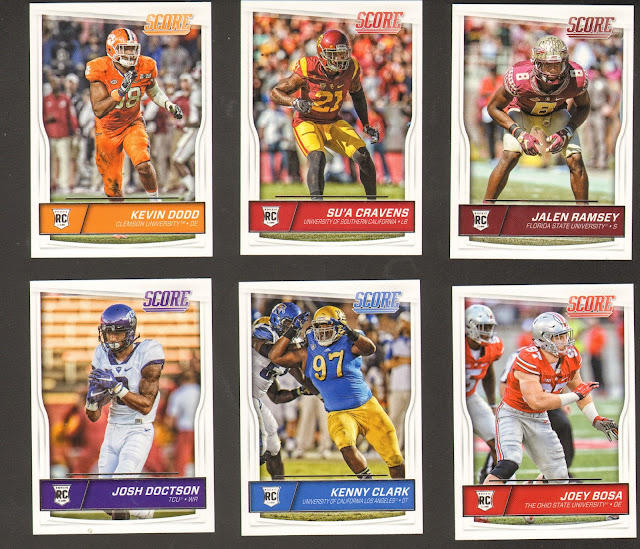 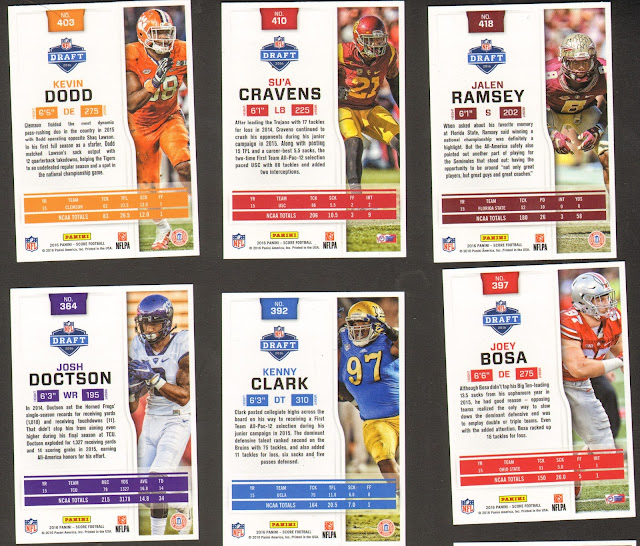 There are a bunch of inserts to chase if you're a completist.  And there are a gazillion parallels as well.  First up the man of glass Tony Romo and his Signal Callers base insert. 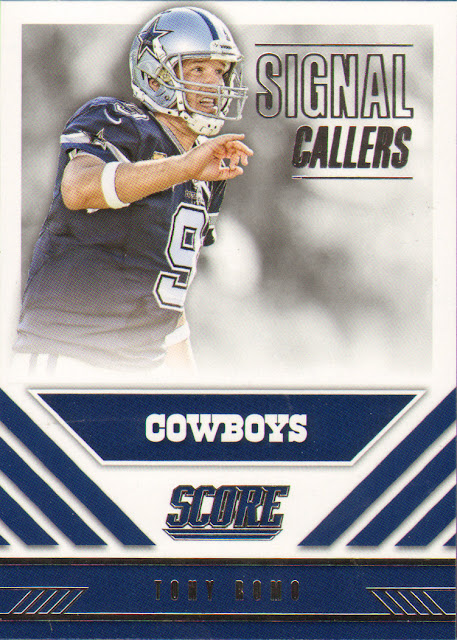 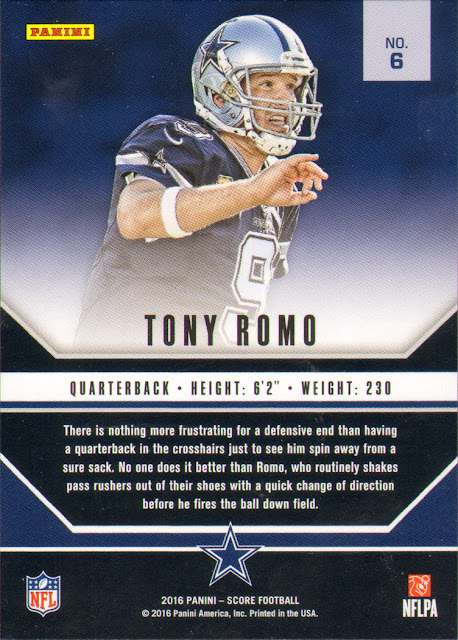 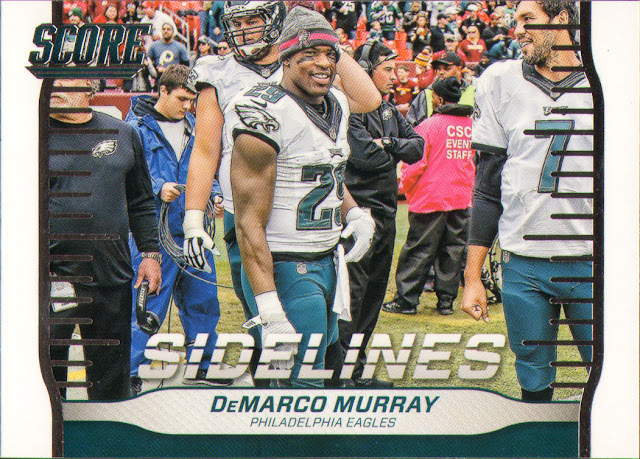 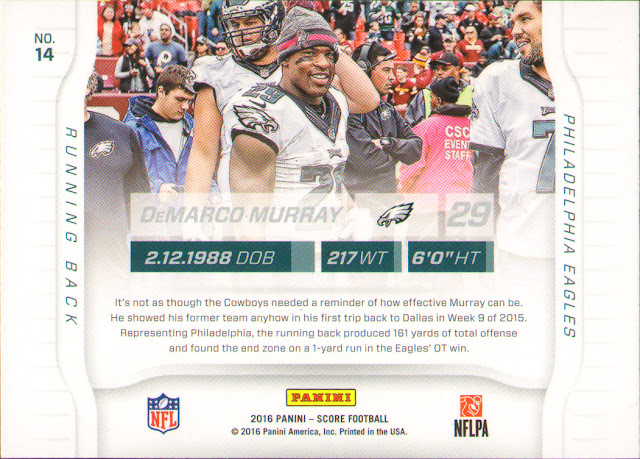 Out of the 5 inserts in the pack 3 were parallels. I'm glad I'm not chasing any of these.  Here is Jarvis Landry's Green Chain Reaction insert.  All these insert parallels are unnumbered, but there are jumbo versions that I'll assume come as hobby box toppers that are numbered. 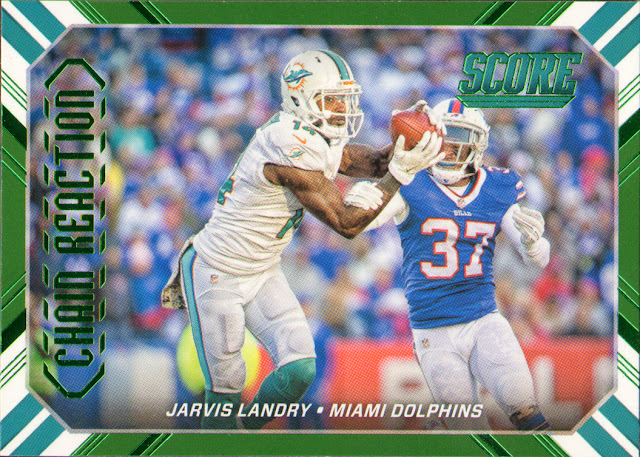 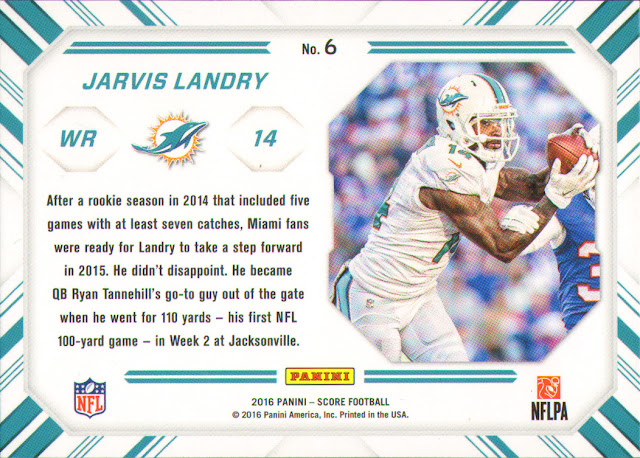 Here is a gold version of a Chain Reaction insert. 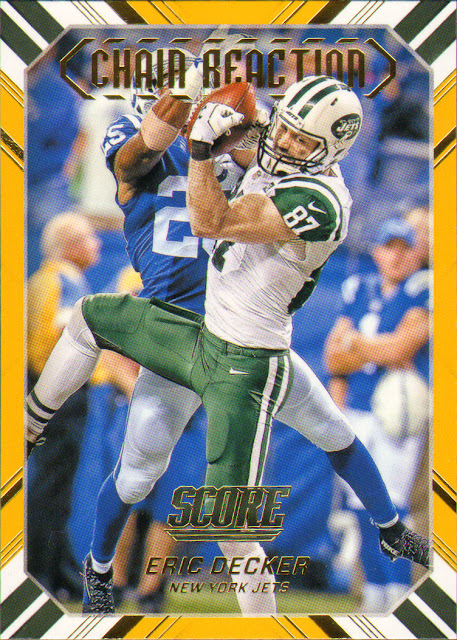 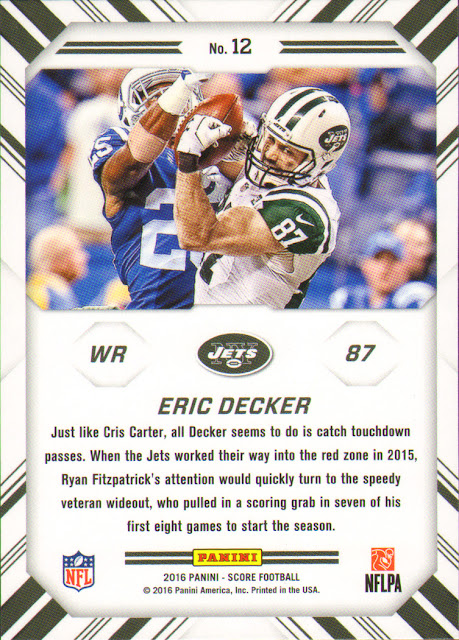 And a gold version of the Franchise insert. 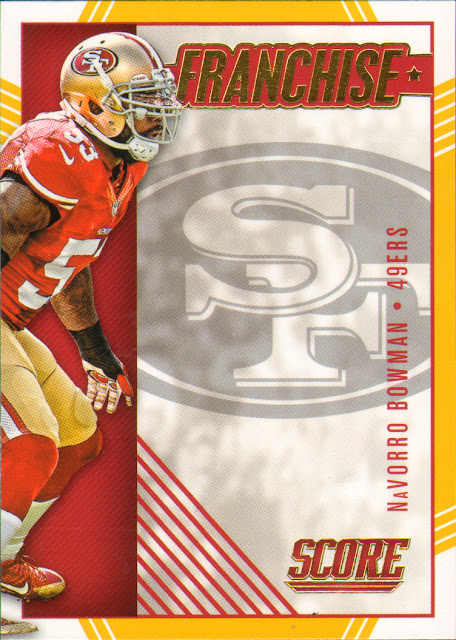 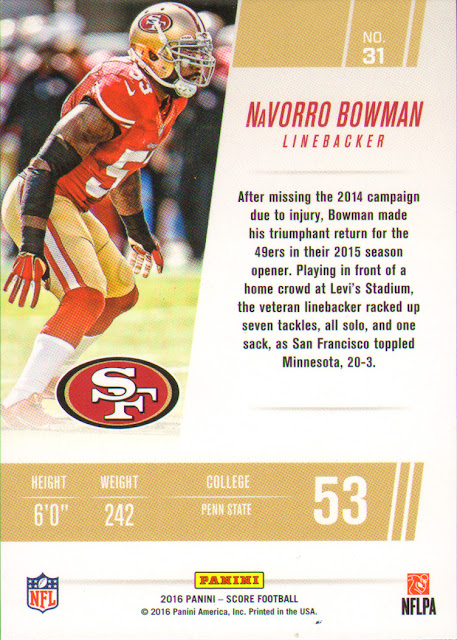 I'm probably going to do the fool hardy thing and try and put this set together.  So if you have any "rookies" you want to get rid of let me know.

I've grabbed a couple of these retail jumbos myself and I'm not planning on building the set so you're welcome to anything I pulled, base, rookies, and inserts. Are you going to buy any more boxes/packs or just build from what you have?