Written by JediJeff at 7:03 PM
With how I have my Windows configured, when looking at a folder view, I officially have the scanned packs for APTBNL down to a single row. Finally. After this upload, I'll have just 6 packs left to post..Six scanned packs. There is still the roughly 60 packs that have yet to be scanned.

Bet let's get to it. I had both the retail and the hobby packs of this in my stash. Since neither pack was anything amazing, let's just combine the post to one general look. Here are the packs. 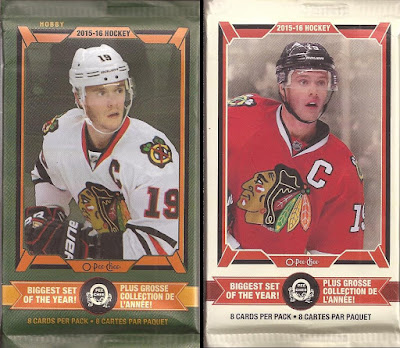 Toews is the cover boy for both releases - green hobby on the left and beige retail on the right. If you look close, you can see "hobby" in the upper left of the left pack. Whether you buy hobby or retail, though, you get 8 cards in a pack. Biggest hockey release of the year, in terms of set size, with a base set of 600 cards, the last 100 being short printed. 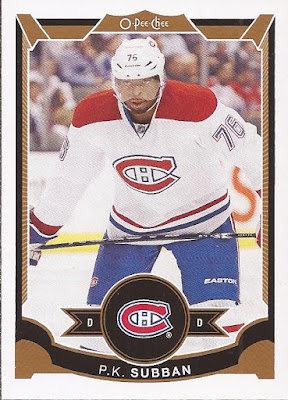 OPC is simple. Many like that. I like it too, but the recent designs have been pretty blah. This is another boring look. The team badging is far too large. And with the border all around, there seems to be a lot of wasted space top and bottom. Name is easy to read, as in the player's position. Just too much white. 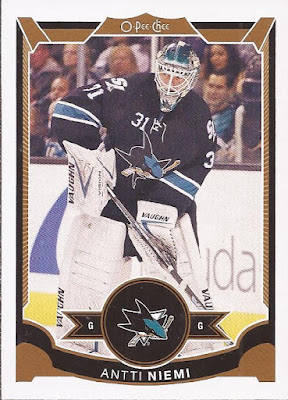 Star of the Hawks 2010 Cup run, Antti ended up in San Jose when GM Doug Wilson tried to steal Ham Sandwich from the Hawks. We met the offer sheet and let the Sharks take Antti. We made the better choice. 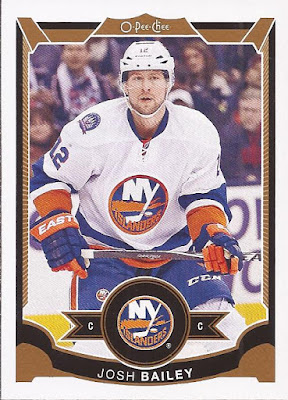 Isles were a surprise to make the post season, in my mind. Then you think more and you realize they have some great youth in Brooklyn. Couple more pieces and then should be a mainstay in April games. 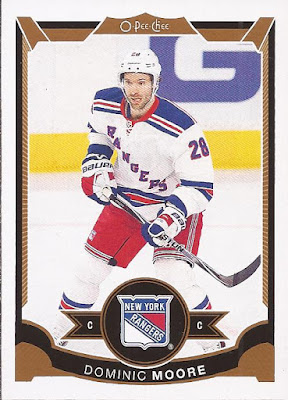 Nine teams in 13 years for Dominic. Let's see if he stays in New York during the off season. He did with the Bill Masterson trophy a couple years back. 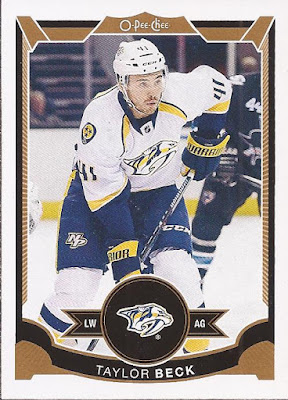 Taylor played 62 games with the Preds last year. He became a restricted free agent, rejecting the Preds offer and filing for arbitration. A couple days later, Beck was traded to the Maple Leafs and signed a one year contract with them. He never suited up for the Leafs, though, being traded to the Islanders at the start of the 2015-16 campaign. Taylor appeared in just 2 games. In Feburary, he was sent to the Avalanche and assigned back to the AHL where he has been most of this season. Maybe you should have taken that original offer. 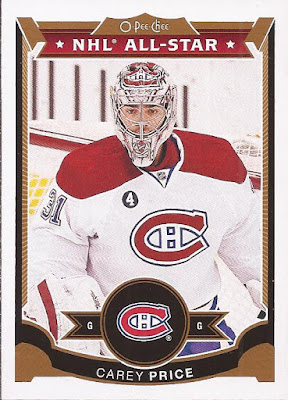 This is not an insert. Anyone that was an All Star gets that badge on their card. Nice view of the Jean Beliveau memorial patch. 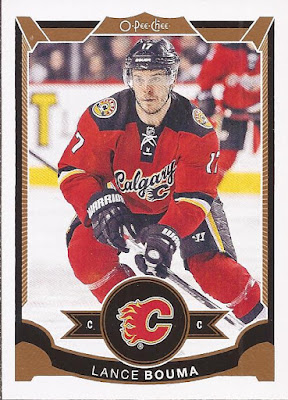 Nice try at an alternate, Calgary, but black is not part of your color scheme. Red and yellow. Just those two. 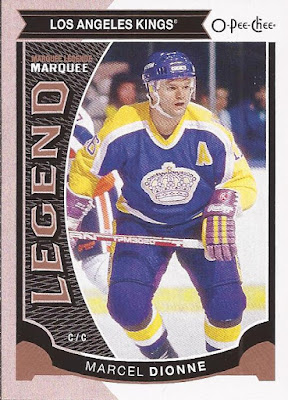 One of the Legends insets, of the great Marcel Dionne. Legends is the back 50 of the 100 SP cards of the set. The Kings wear these purple throwbacks just the right amount. Not too much, but not too little. 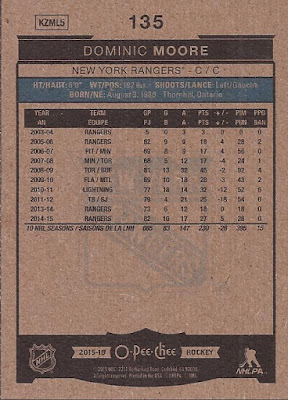 Full stats on the back, as is the OPC norm.