Written by Jon at 8:08 AM
I recently purchased the above mentioned two disc set, and unbeknownst to me, it came with a set of four cards that are exclusive to both the DVD and Blu-Ray editions. Hopefully since it is technically a pack of cards it will qualify for this blog.

These cards are a bit of an odd size, measuring roughly 4 1/2'' x 6 3/4''. I didn't think about adding these here until after they had been opened so there isn't a scan of the wrapper, but since it was only a cellophane wrapper with a cardboard backer it's not like you're missing anything to exciting.

The cards aren't numbered, so I'll just show them in the same order in which they were packaged: 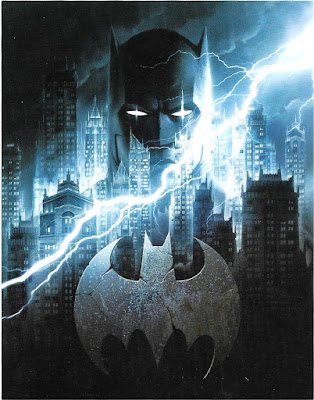 The scans make them look a little grainy, but they are actually quite slick looking. 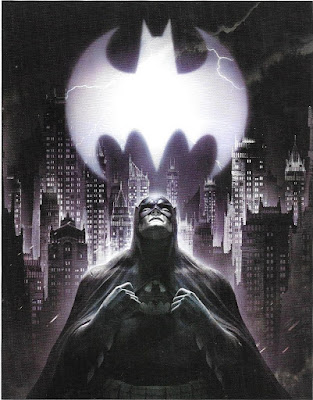 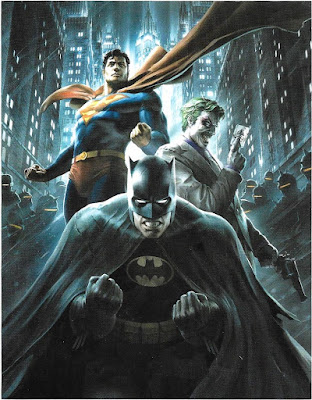 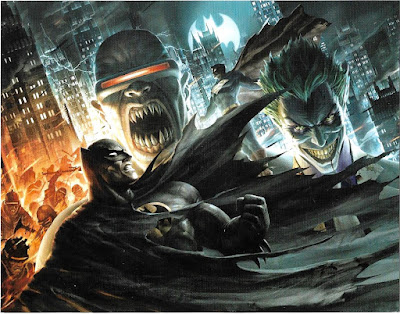 In case anyone is wondering- the face above Batman in this image is the mutant leader. He is main ne'er do well in part one of this film.

The backs are kind of plain, but here's one of them anyway: 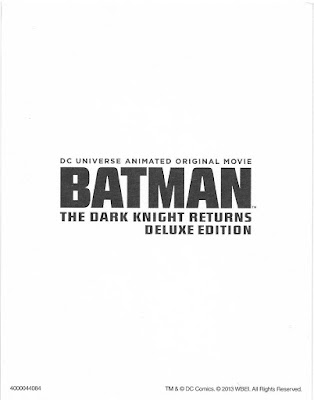 Not surprisingly all four of these cards are related to the film. As for the movie itself, it comes in two parts which you can get individually or both parts put together on the deluxe edition. Before getting this DVD set I had only seen part 1 on HBO during one of those free premium channels weekends that come around every couple of months. Part 2 definitely didn't disappoint, so if you are fan of these animated straight to disc movies, I would recommend it. For me personally, the only thing that took some getting used to was the slightly miscast (my opinion) Peter Weller as the voice of Batman, but about halfway through part one it became less of an issue.

As a head's up to those with wee ones, some of the violence in this film is pretty graphic, so it might not be the best movie to try and watch with the youngsters.