Written by Jon at 8:03 AM
Before I moved last year, I bought a three box lot of Topps stickers ('81-83) on eBay. This purchase was made in the hopes that it would quell my strong urge, at the time, to open a box of something.

So, did it work? No. Did I end up getting any real enjoyment out of them? Not really. Which is evidenced by the fact that now, over a year later, a box and a half are still unopened. The good news is, even with the shipping, they were only around $5 a box. So it's not like they me back all that much. 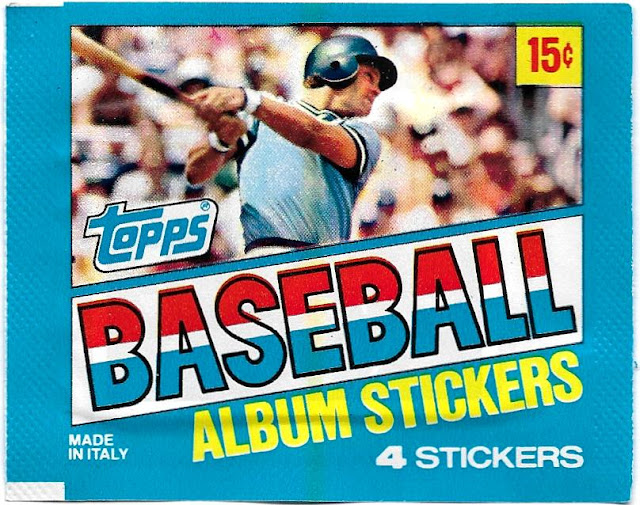 I don't know why, but at this point in my life, I like the packages much more than the actual stickers. 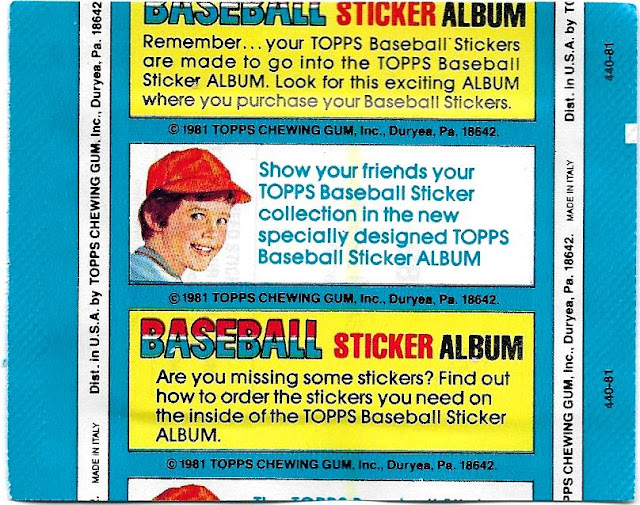 I remember way back when, that the demented look on this kid's face used to creep me out if I stared at it for too long. Even now I find the gleam in his eyes, combined with the weird smile, slightly disturbing.

Ok, let's move past the homicidal child, and get to the actual contents of the package: 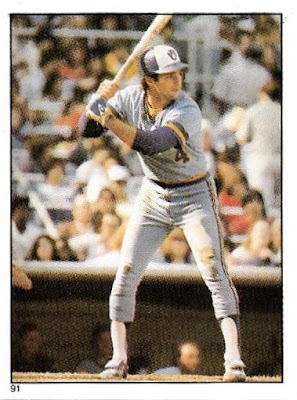 Paul Molitor #91: My apologies to Mr. Molitor for the god awful scan. 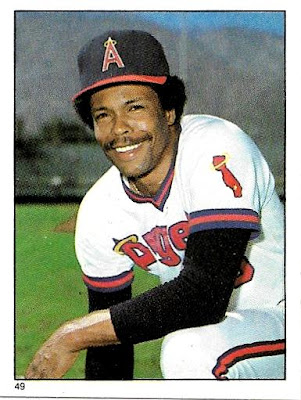 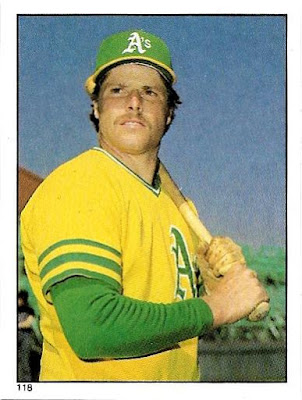 Wayne Gross #18: Mr. Gross seems to be the odd man out in this pack. 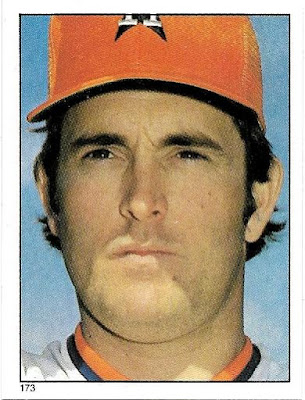 Nolan Ryan #173: This particular box seems to be heavy on the duplicates. After opening only half the box, this is my third one of Mr. Ryan.

And one of the backs: 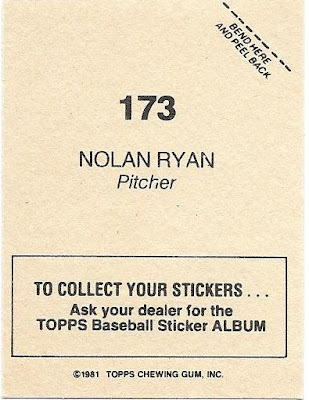 I think part of the reason why I haven't gotten too much joy out of these is that they don't seem to be as much fun without the accompanying album to stick them in. There was something very satisfying about attempting to complete those sticker albums, although thinking back on it, I don't know if I ever actually completed one.

So if anyone reading this wants any particular players or teams from the 1981-83 sets, there yours for the taking, with nothing expected in return.

I noticed the "Made in Italy" tag. Wonder if they had Panini print the stickers for them.

intense must be Nolan Ryan's middle name - does the man ever smile?

Do you have any of the 82 stickers?

I'm definitely interested in any Cardinals you might have to spare, especially if they're from 1981 or 1982. I think I have most of the 1983 team set.

I guess since I can't reply to these individually, I will have to do it Fuji style.

R Laughton- That was always my assumption.

Tony- I seem to recall at least one card in that Pacific Nolan Ryan Express set, that shows him smiling. I don't think we would want to know what he was thinking about at the time though.

Swing And A Pop-up- That is the next box to be opened. My email is available via my blog, if you want to let me know what you're interested in.

Madding- Consider any and all Cardinals yours. Just send me an email and let me know where to send them.

Lol... I'm so honored to have a style named after me. By the way, I'm building this set, so if you're interested in selling any duplicates... I'd be interested in buying. Here are the ones I still need:

I have no interest in selling them, just send me an email and let me know where to send them. And what ever one's I have that you need will be on their way with no strings attached.