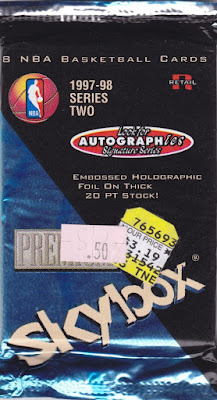 There's serious basketball going on right now, with the Heat and the Raptors battling it out in a Game 7 for the right to get completely annihilated by Cleveland. Let's check out a terrible wacky '90s pack of cards. This is the second series, a sequel if you will to this post. Note that the wrapper looks exactly like these wrappers because Skybox was super lazy. 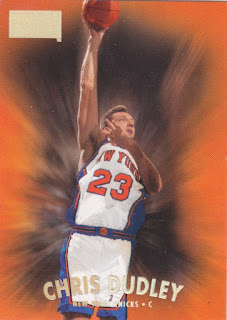 181 - Chris Dudley - Dudley was the original horrible free throw shooter and probably couldn't even get on the court in today's game with all of the intentional fouling of bad free throw shooters that is happening. He got some serious minutes with the Blazers and Knicks in the '90s. 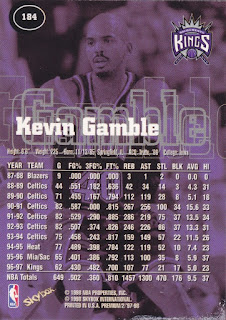 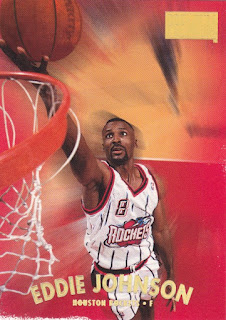 162 - Eddie Johnson - This is where I should mention that all of the cards stuck together, so some of the UV coating peeled off and/or stuck to other cards, a common problem with glossy '90s product that wasn't stored in safe temperature conditions. Fun. 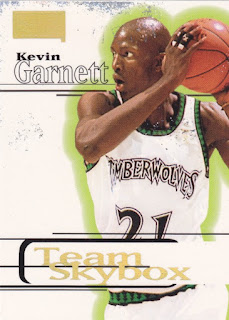 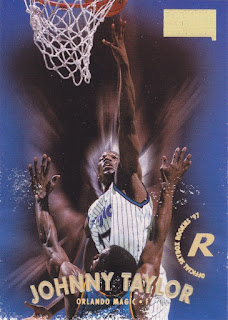 133 - Johnny Taylor - Rookies get some sort of official 'R' designation by Skybox. 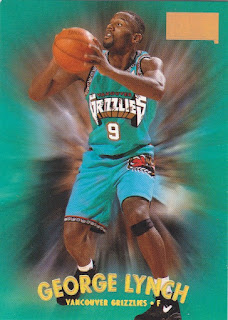 149 - George Lynch - Ah, yes, the VANCOUVER Grizzlies. Lots of teal. It's just exploding at you. 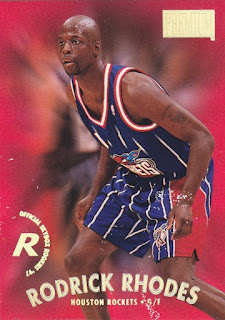 158 - Rodrick Rhodes - The Rockets have had some of the worse uniforms throughout the years. 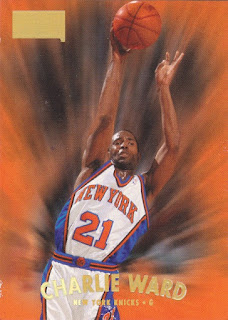 199 - Charlie Ward - I seem to get a lot of Charlie Ward cards because it seems like I always get to make the "guy who won a Heisman" comment. Well, he did!

Loved this set when it was new and I still do. Some of mine have stuck together and they have been stored properly. Some of them came out of the packs when the set was brand new stuck together, actually...Not as bad as that Garnett card in your post though.

Also, Chris Dudley is diabetic, and was during his playing career, the first NBA player to have it while active. (I think) In fact, the first time I ever heard anything about the disease was on a Knicks broadcast when they were talking about Dudley, not knowing that some 15+ years later I would have it.