Written by JediJeff at 6:36 PM
If ever was a purchase for this site, this pack is it. I actually bought this pack the week they came out. For the record, the street date of this was May 21, 2014. Yes - almost 2 years TO THE DAY! Randomizer, you are a funny little minx.

When I saw these on the case of my LCS, I bought a pack just to post. I have watched a grand total of zero minutes of the series. And considering the series left the air 18 months ago, I'm in no hurry to catch up. Maybe in some lonely, half asleep condition I will accidentally click "watch" on Netflix. 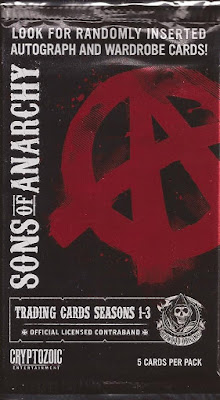 Dean Ambrose-ish logo on the wrapper. :) Like other Cryptozoic releases, you have autos and relics in the packs. Premise is the same on the layout of the cards, so let's have at it. 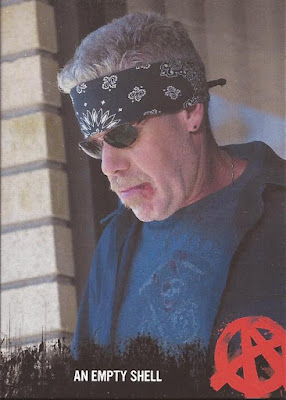 Hellboy in a bandana and shades. Very basic design. I think Cryptozoic does not own a foil machine, and that is a very good thing. 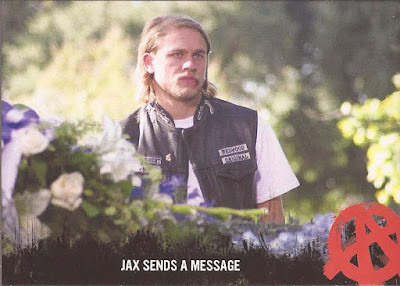 Like other releases, the cards each talk about an episode of the series. This first release had the base set at 100 cards large. Here, half the pilot crew of Gipsy Danger is looking pretty intense. 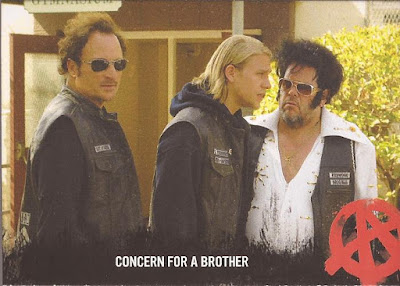 Not sure what Elvis is talking about, but Agent Richard Sullins does not seem too concerned about it. 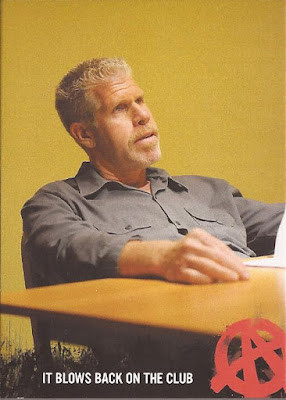 Vincent seems to have lost his head wear and sungalsses and may be in trouble with the law. 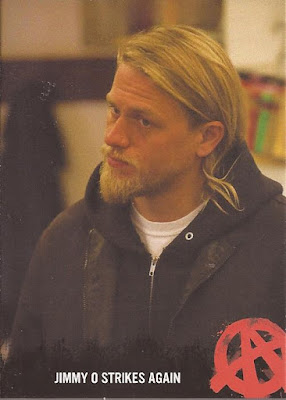 Nicholas Nickleby seems concerned about this strike by Silas Adams. And the back? 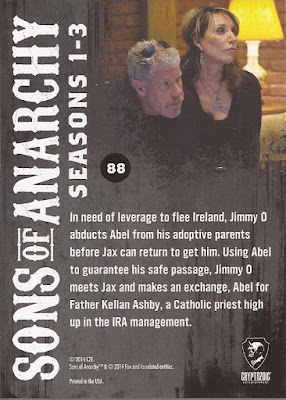 I heard Peg Bundy was in this!!! New photo than the front, and a little more information about the episode referenced on the front.