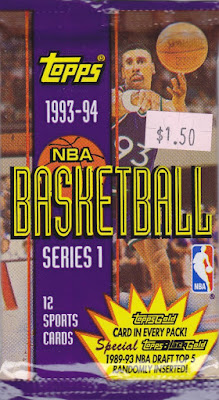 With the NBA Finals looming (Game 1 is set for tomorrow night), we have plenty of basketball cards to show off here at the ol' pack ripping blog. Here's a blast from the past from the, er, past. 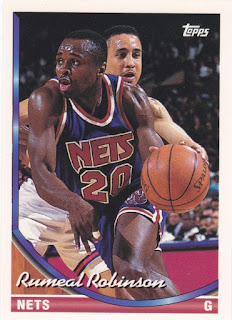 137 - Rumeal Robinson - Robinson was a lottery pick at the beginning of the '90s but had to settle for a journeyman role. 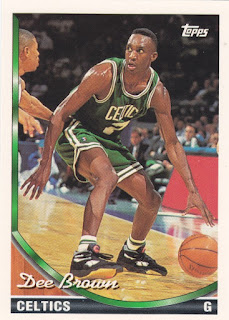 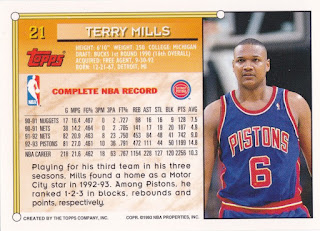 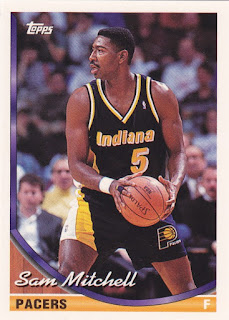 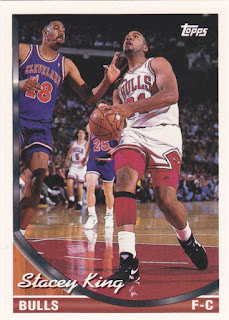 128 - Stacey King - King was another former lottery pick who didn't have the greatest career, but no one is going to scoff at his 3 championship rings. 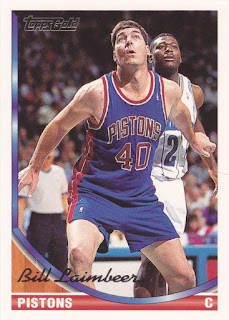 147 - Bill Laimbeer Gold - Topps was still doing the one-per-pack Gold parallel thing back then, and Bill Laimbeer was still playing his particularly annoying brand of basketball even though the Bad Boys were long past their prime. 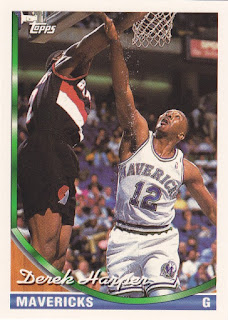 16 - Derek Harper - This one is starting to show the signs of a mid-'90s pack whose cards were all stuck together. 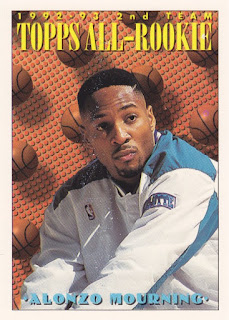 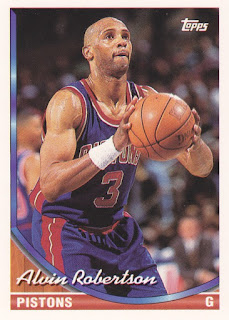 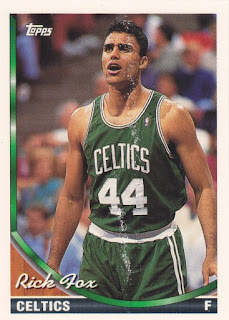 24 - Rick Fox - You can find Rick Fox on TV somewhere to this day, but I'm not sad that his card looks like hell because I hated the guy when he played. Just loathsome. 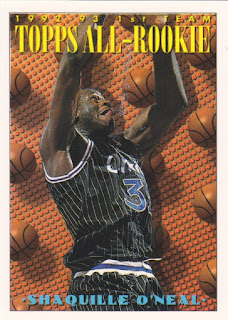 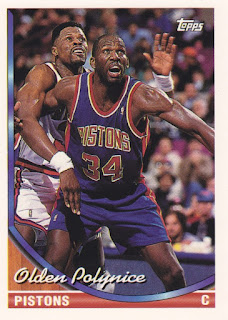 Back in the day, 1996 or 1997, my brother gave me 20 full mixed boxes of cards for my birthday. I ended up with a stack of cards from this set more than a foot tall. I am one card short of completing the set to this day, a Michael Jordan subset from series 2. I want to say card #386 but I'd have to look it up to be sure.

Oh yeah, i had lots of this set growing up