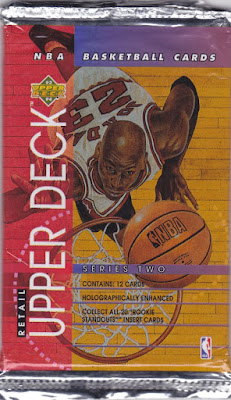 The NBA season may be over, but the cards will never cease. Here's a pack from a couple of decades ago. This pack is from Series 2, while you can go relieve the Series 1 magic in my post from several years ago. 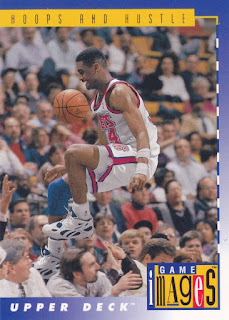 462 - Chris Morris Game Images - Hustle, or does he just like jumping on innocent bystanders for a living? 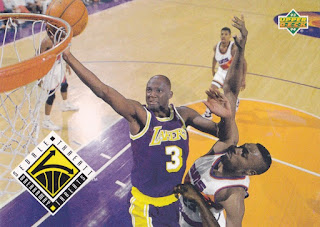 453 - Sedale Threatt Breakaway Threats - There was an awkward period in Lakers history where Threatt had to help bridge the gap between the Magic era and the Kobe era. 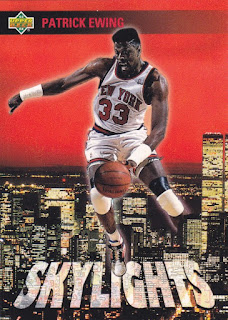 471 - Patrick Ewing Skylights - Ah, this is a good one. I bet you all had some posters in your bedrooms like this. 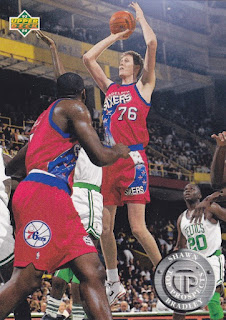 485 - Shawn Bradley Top Prospects - They could have named this Tall Prospects, I guess. The TP logo is raised, which is a nice touch. 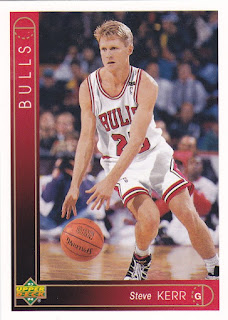 324 - Steve Kerr - Kerr just coached the Golden State Warriors to the title in his first season with the team, which you probably already knew if you like basketball enough to have read this far. 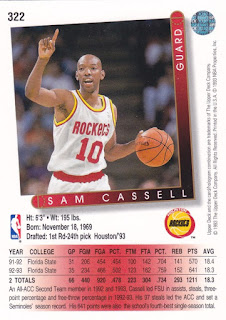 322 - Sam Cassell - Cassell was a rookie at the time. Here's a look at his college stats. 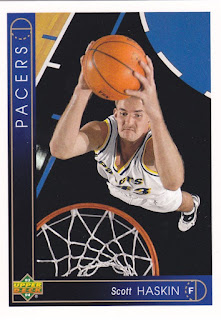 359 - Scott Haskin - Here's the former Oregon State Beaver throwing it down on an invisible team. 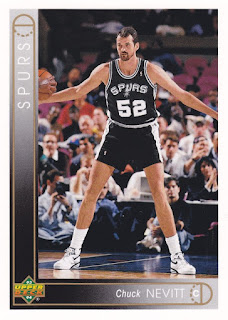 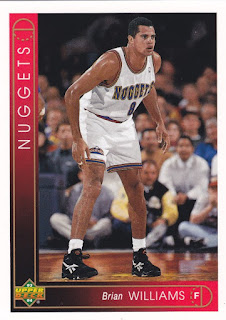 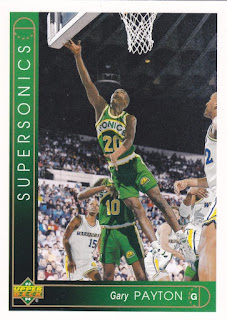 295 - Gary Payton - The Glove! This gives the pack some much needed HOF cred. 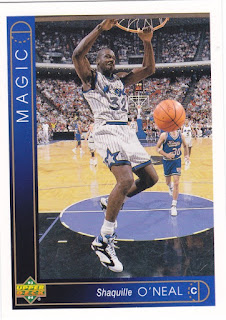 300 - Shaquille O'Neal - Shaq dunked it so hard my scanner couldn't even handle it. 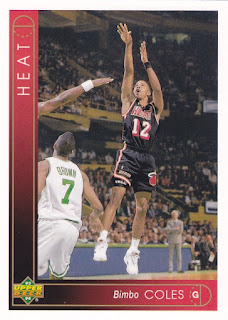 Even though Nevitt had a nearly decade long career, that's the only card he ever got...and he only played one game with the Spurs.