Written by JediJeff at 5:30 PM
Been too long since I tried to clear out the scan folder, so let's get working. Randomizer choose #20, which means you get a pack of 2010-11 Panini Zenith. Originally a Donruss brand, Panini picked up the name and did a one shot release of this set. 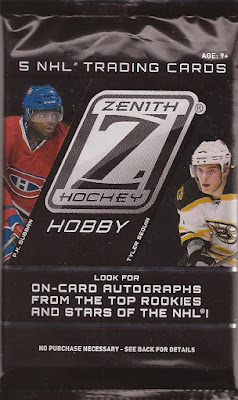 No Ovechkin, Crosby or Malkin on the wrapper. PK Subban and Tyler Seguin are the cover boys. The pack is as black as you see it - not an issue with the scanner. Just 5 cards within, and all the autos are on card. Let's have a look. 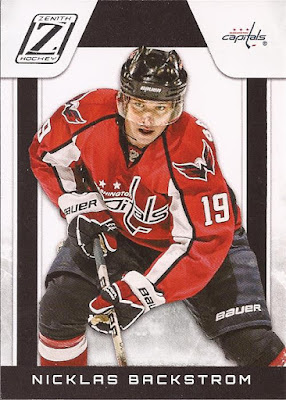 Kind of Bowman-ish in the style of the card. Again, Panini wipes out the background and just focuses on the player. It doesn't work for me. On a relic or an auto card, okay. But put the player in his element. The box with the team logo looks bad when the team has a long straight logo. 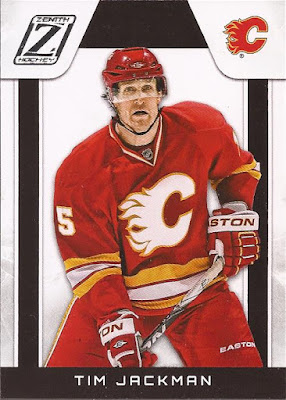 With a simple logo like the Flames, it fills the space nicely. The black frame feels forced, like they looked at the card and it needed something. Yeah - THE REST OF THE BACKGROUND, MAYBE?! 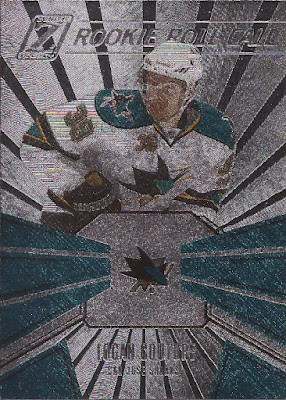 Wow. Imagine Black Diamond on meth. That's about what this card is. I'm going to say that in person, it looks about the same - a hot mess. 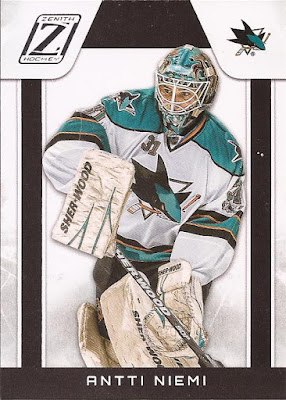 Right after winning the 2010 Cup, GM Doug Wilson with the Sharks signed an offer sheet with Niklas Hjalmarsson. The belief in Chicago was the Sharks knew the Hawks couldn't sign both Ham Sandwich and Niemi, so we would have to let one go. I was surprised when we matched the offer for Niklas and let Antti go west. Two more Cups later, you see why I write a baseball card blog and Bowman is the Hawks GM. 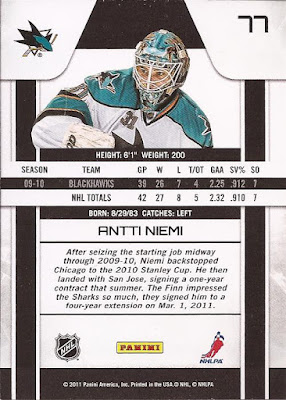 Most unsurprising card back ever. Recycled image, career stats, bio and an odd number font.

Yes, I did pull an auto in this pack. Sharks hot pack! I added this auto to my collection as Wingels is a local boy from Evanston. Always like the fade on a card when it has an autograph. They also added foil at the top of the card. I am not sure if that is because it's an autograph or because he is a rookie. Like, does Wingels' base card have that same foil? According to an ebay search, his base has the foil as well, so it's a rookie thing.

Glad you got an autograph, but I'm glad I never heard of this set.