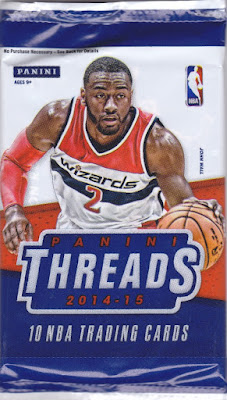 Tipoff for Game 4 of the NBA Finals should be an hour away by my calculations, so here's a pack from the current year. Is it just me, or did Panini drastically cut down the number of NBA releases available at the retail level this season? I could just be uninformed. This pack also cost me $3.99, which is way too much to pay for any pack if you ask me. 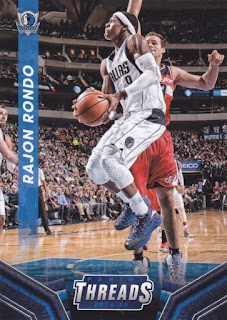 158 - Rajon Rondo - This set definitely had a late production deadline as Panini was able to catch the midseason Rondo trade and show him in his new Mavericks uniform. It's probably not Photoshopped, as Panini tends to use their Photoshop wizardry for obscuring logos, not changing them entirely. Rondo basically quit on his team during the playoffs, which is pretty lousy of him and probably won't improve his prospects for future employment. 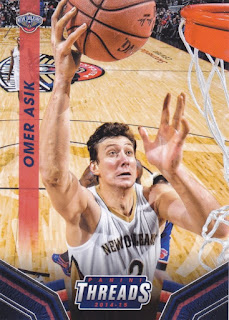 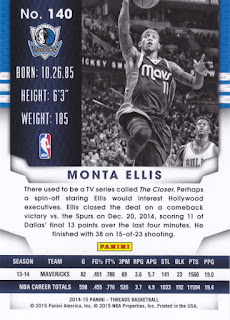 140 - Monta Ellis - Here's what the backs look like. The back photos are the same as the front, only smaller and less colorful. This pack is lousy with Mavericks! 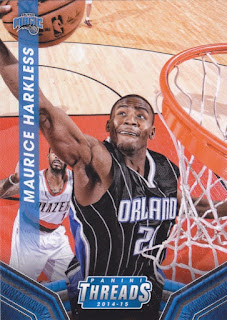 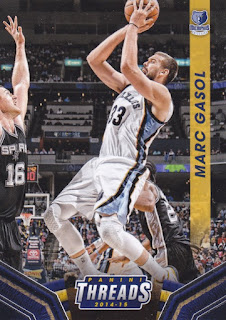 125 - Marc Gasol - This was a breakout season for the guy formerly known as Pau's brother. 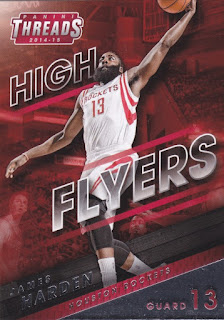 17 - James Harden High Flyers - I wouldn't say Harden is best known for his dunks, but whatever. This insert card has a 1:5 pack ratio. 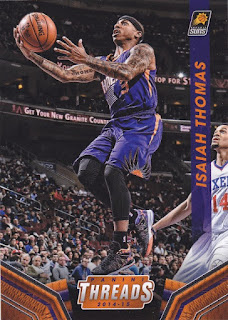 75 - Isaiah Thomas - Not to be confused with the former player who sexually harassed one of the team's executives when he worked for the Knicks. 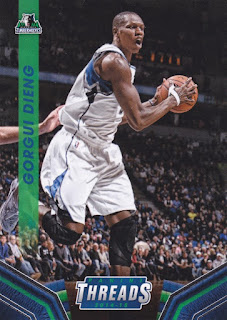 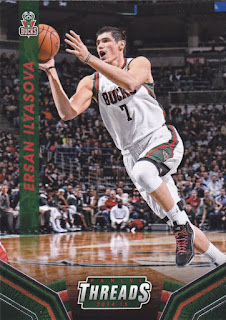 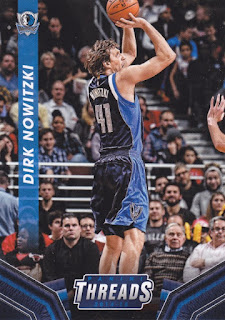