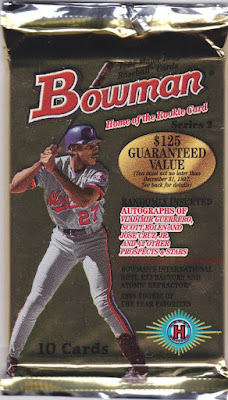 On a whim, I picked up a box of 1997 Bowman Series 2 this past winter at an affordable price, knowing it was produced during the long era (mid-nineties to mid-oughts) where I didn't buy any new cards. This is the first pack from the box. 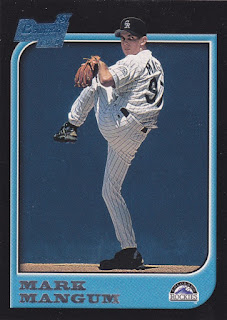 435 - Mark Mangum - I'm not sure if he's of any relation to Jeff Mangum, who in 1997 was recording his band Neutral Milk Hotel's cult classic In the Aeroplane over the Sea. 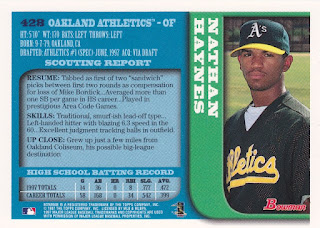 428 - Nathan Haynes - This is what a card back looks like. Bowman gives you two full color photos. 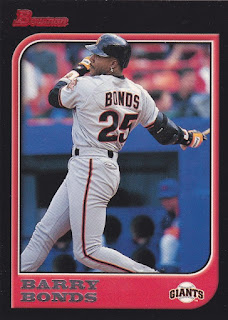 244 - Barry Bonds - Bonds hadn't gone full Barroid Superhead yet in 1997, but some say the seeds were planted the following season during the Great Home Run Chase. 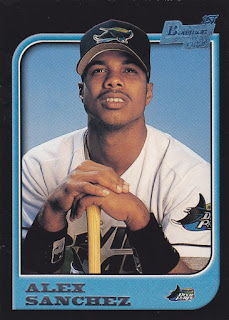 333 - Alex Sanchez - Sanchez was just hoping that someone would cash his checks that were coming from this really sketchy sounding Devil Rays organization. 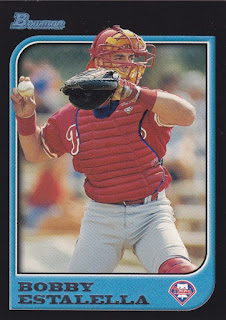 375 - Bobby Estalella - Estalella may be best known today for being one of the guys who testified against Bonds. 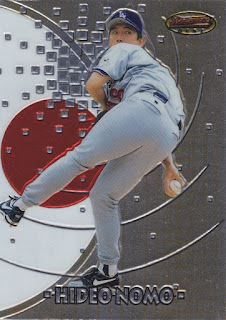 BBI 5 - Hideo Nomo Bowman's International Best - The odds on the pack wrappers are really hard to read, but it appears that these were 1:12 pulls. 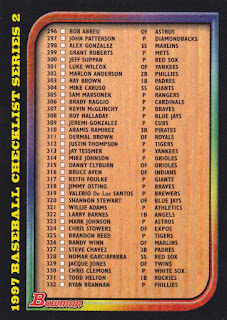 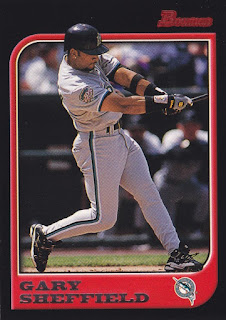 231 - Gary Sheffield - Sheffield used to wear hats/shirts to the ballpark that said "KISS THE SHEFF", I think? Didn't he? 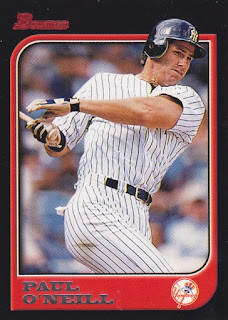 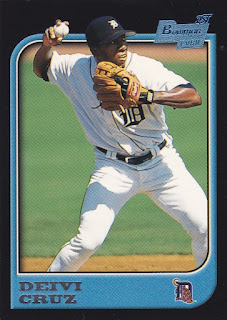 346 - Deivi Cruz - Speaking of boring, did I happen to mention how boring and hideous this design is? No? People complain every year these days about what Topps does with their Bowman design, but some of their '90s stuff looks like it was put together primarily in MS Paint. 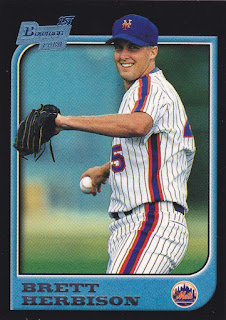 Eh, at the least the Nomo was purty.