Written by cynicalbuddha at 11:00 AM

The red headed stepchild of the Panini Prizm family.  I've wanted to bust a couple packs for a while now, but haven't seen it show up at the store till yesterday.  I went looking for it at one of my LCS's and he won't even carry it, because it sells so bad.  This is a kind of cheat because this is actually 4 packs cramed into a bigger pack, but I figure you wouldn't mind. Especially since there are only 15 cards total here. 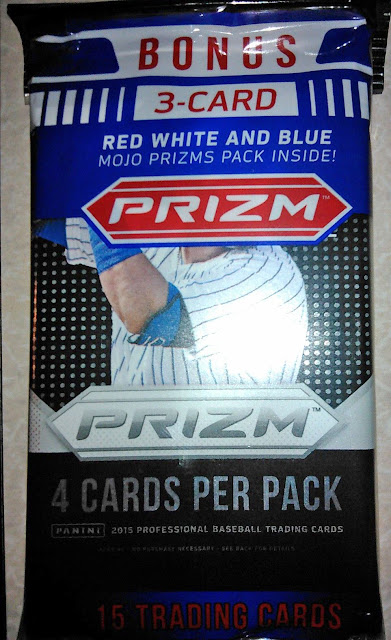 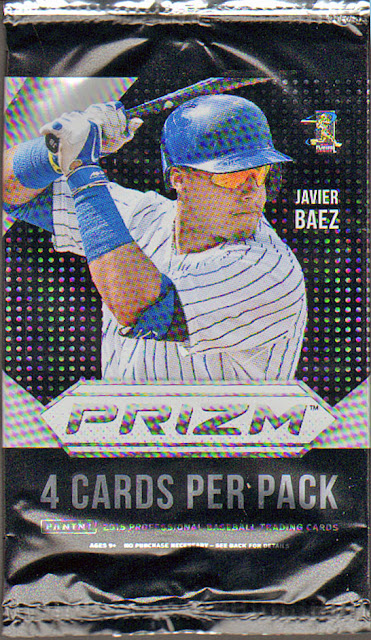 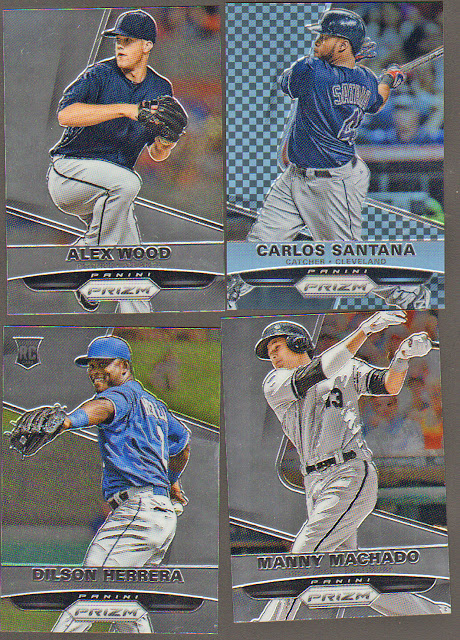 The back example and the Prizm numbered back. 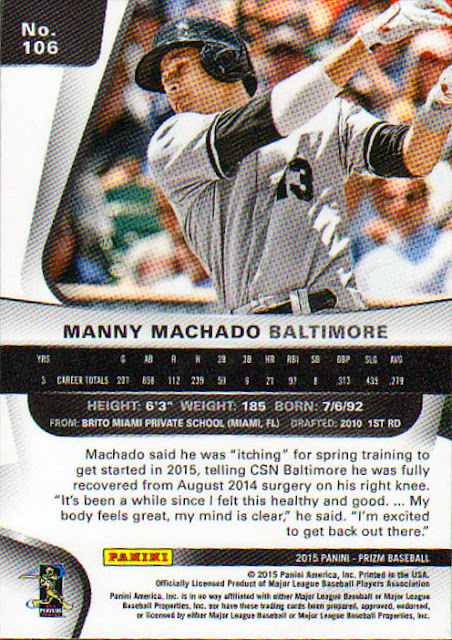 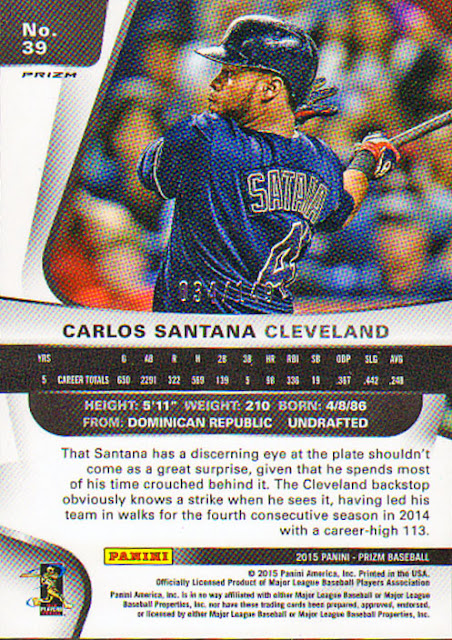 McGwire featured as a Cardinal. I always tend to think of him more as an A. 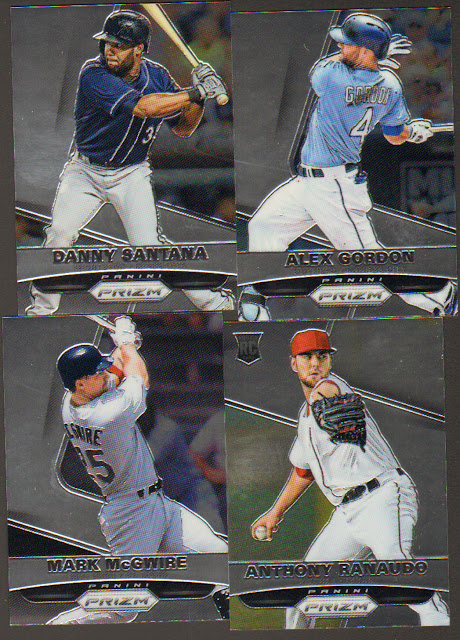 Pack 3 we score a Will Clark Field Pass insert. 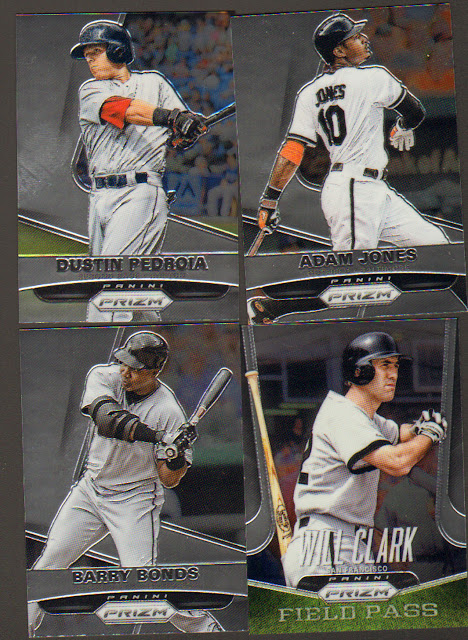 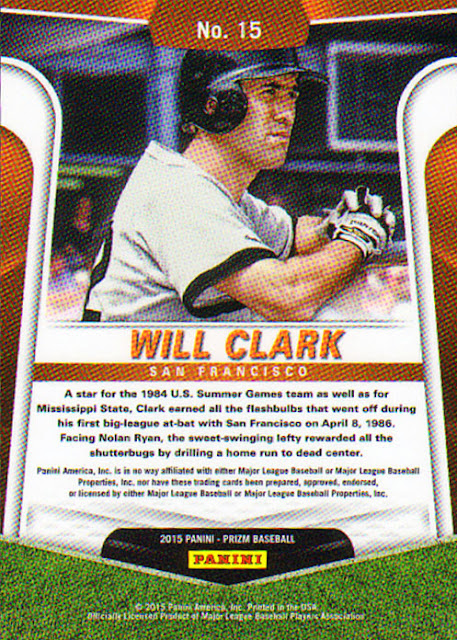 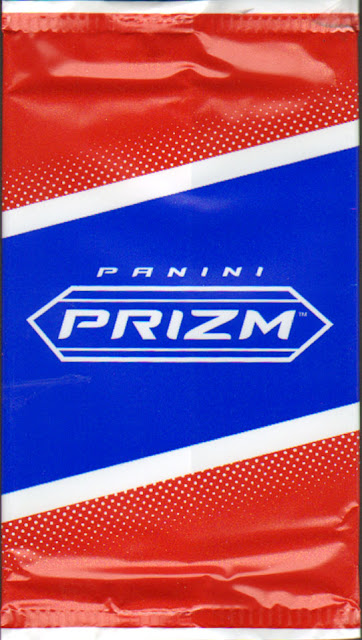 I was also pleased to see one of the 4 Brewers cards in the set represented.  The scan doesn't really do these card justice they are very nice to look at in hand.

Great looking set this year. Probably my favorite one yet. Looks even better in person than I was expecting. Love that Santana parallel.