Written by Punchy Sam at 5:17 PM
Picture yourself at an Eagles concert.

You just heard Hotel California. They rocked it and it ended with an awesome guitar duel from Joe Walsh and Don Felder.

Then...uh oh. Don Henley's coming out from behind the drums. The other band members are changing instruments...and you realize...oh no... its time for Don's solo set. 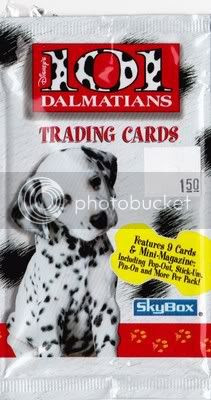 This is from 1996 Skybox. Each pack features 9 cards. Chase cards are Magnetic Frame cards and "Foil n Fur" inserts *shudder* 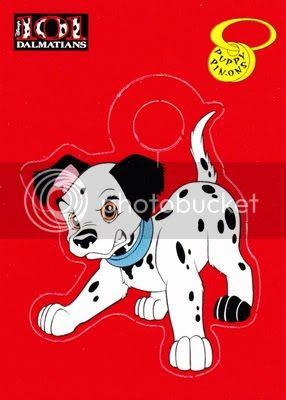 So here is a "Puppy Pin-On". This is designed to go on the button of your shirt. Perfect if you like getting the crap kicked out of you at school.

Here are two villains and some stickers. I'm pretty sure the dude on the right is Hugh Laurie. 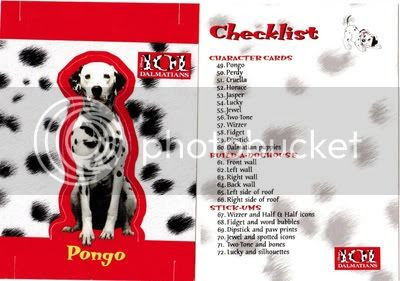 A  pop-out card of "Pongo" and a checklist. There were a couple checklists, I'm not scanning the others. The pop-out card is kinda like some of those cards from the 80's Baseball sets, except lamer. 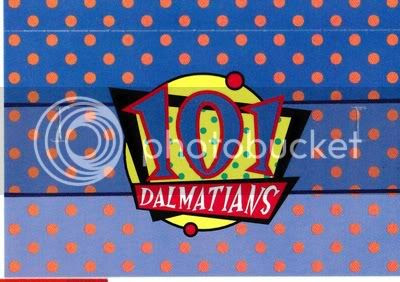 This card is a piece of a "Build-a-Dog-House". It requires 6 cards to complete. 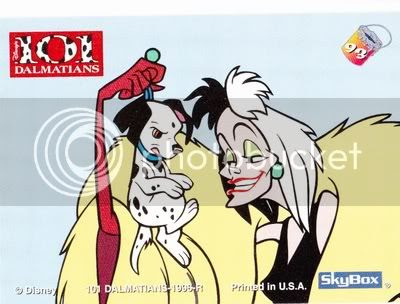 Okay, so, lets just think about this for a minute. Imagine if the first iteration of 101 Dalmations didn't come out in 1961. Imagine it came out in 2012. Imagine parents reacting to a children's movie where a crazy old lady tries to slaughter a bunch of dogs. Yeah, I don't think it would fly either. 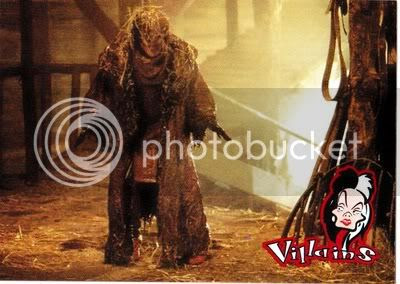 That was a waste of my time.