Hope everyone's doing well.  Well, the Wax Pack Geek's time as the site's Rookie was short-lived, as Fuji quickly took on that role.  Welcome aboard Fuji; hope to see many an interesting pack from you.

Interleague is once again upon us, so it's back to baseball.  I didn't see this posted so I might as well do it.  Here's some 2011 Topps Series 2 Baseball Target Throwback!

I scanned the side of the blaster box so you can see the special designation announcing to the world that this box would have 2 packs of Target exclusive parallel cards (not all boxes were specially marked).  The packs containing the parallels were not marked in any special way either.  Here's one of the packs: 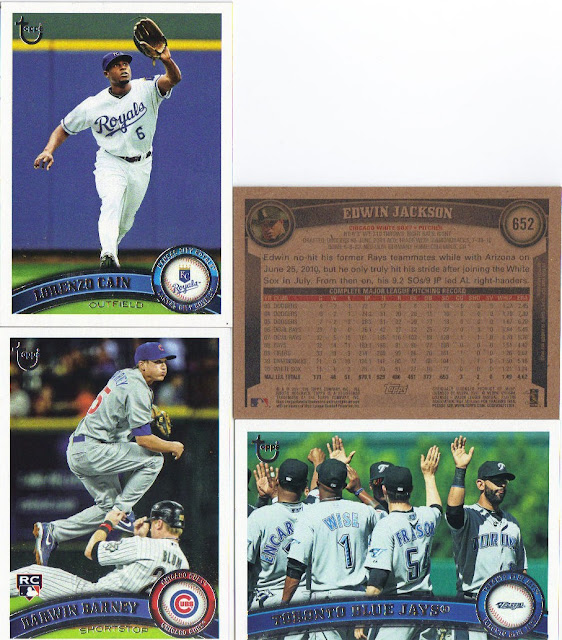 The differences between these cards and the regular base cards are the old school Topps logo and the card stock (thicker cardboard).  The image and card design are the same.  Too bad they didn't use the old school logo on the back of the cards. 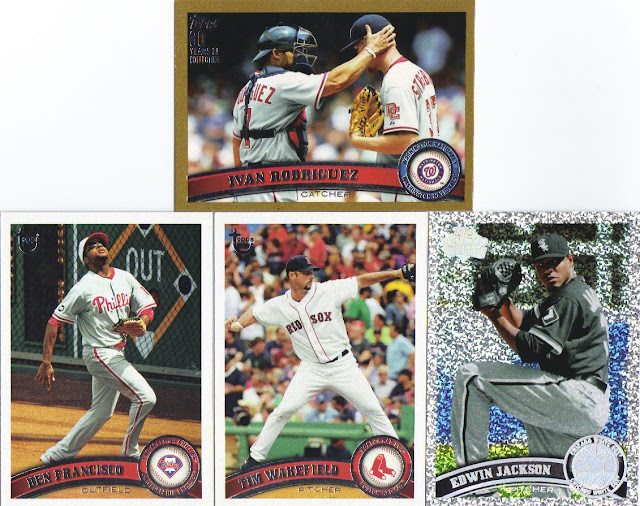 How often do you get the Diamond Sparkle version of a player you got in the same pack?  Yeah, I know, dumb question.

Anyway, that's the pack.  They really should have had the whole pack be parallel cards.  Oh well.  Thanks for reading!

Do you want to part with the Wakefield?

I kinda thought it would be cool to try to collect the entire set that year in the parallels, I liked how they looked (and felt).