2012 Platinum League Self Made 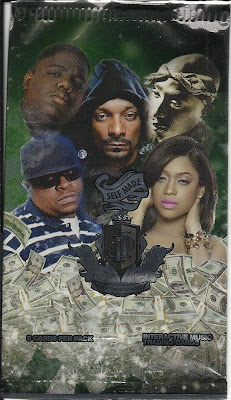 I was in a local retail shop looking for some current repack baseball packs to go along with my 182 Days of Baseball gig.  While there, I spotted this little gem of a pack: 2012 Platinum League Self Made.  There are six cards in each pack and each pack costs an insane $3.48!  Of course, me being the idiot that I am, I bought one.  The pack boasts, "A Winner in Every Pack."  Guess we'll see what that's all about.

The first card was, in fact, the "winner" card.  It is made of flimsy card stock.  You can see the front below.  The back has some small copyright text and a QR code (you'll see one later in this post).  The next card was "Diamond," who turned out to be the only female in the pack.  She was born the year after I graduated high school.  Man, I'm getting old. 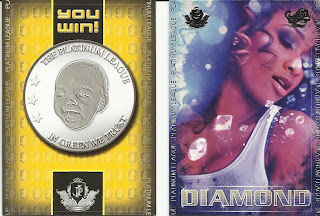 The next three cards are Princere, Waivn, and Broadway Dre. The trading cards are actually nicely done.  I have never heard of "Platinum League," but they do a nice job of making cards.  They are borderless, kinda.  There is "Platinum League" text that runs down each side of the card.  In the upper left corner, the PL logo; in the upper right, the Self Made emblem.  Photos are large and each person's moniker is done in a different font, taking up varying amounts of space on each card.

The backs of each card feature a smaller version of the front photo, some bio info, and "Up Close" section with some random tidbit by/about the person, and a QR Code.  If you scan the QR Code with your device, you are taken to a video instructing you to download the PL app from either iTunes or Droid.  Once that's done, you re-scan the code in the app and it takes you to a 1:30 video featuring the person on the card.  The last card in the pack is Bailey: 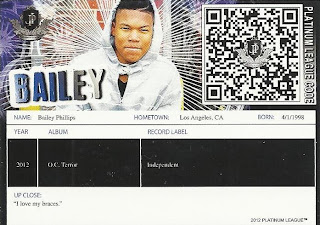 I have to say, the whole QR Code tie-in is brilliant.  Topps should seriously consider this.  The link could take the collector to a short video highlighting the player, team, etc.

Oh, and if you're interested, I was *NOT* an instant winner.  Instead, I got a free desktop/phone wallpaper image: 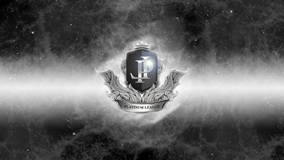 At $.99, these would be an interesting item to collect.  At the priced $3.48, they are way too expensive for what you get: six cards, some videos, and a chance to win... something.  Don't waste your money.  Wait for these to hit the dollar stores, then buy a pack or two.

Email ThisBlogThis!Share to TwitterShare to FacebookShare to Pinterest
Labels: 2012 Platinum League Self Made