Written by Punchy Sam at 9:21 PM
Well, I don't think I can follow the A-Team Pack with any dignity, but nevertheless I have a pack of 06 Bazooka Baseball today. 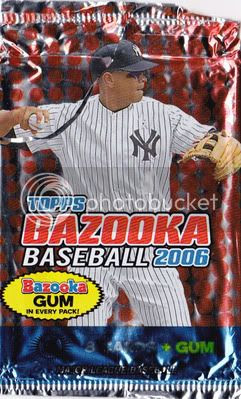 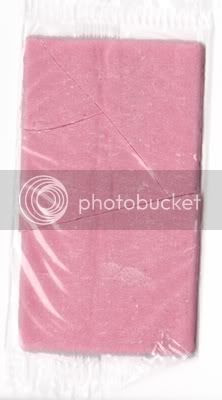 Boom, the real pack hit. Piece of gum. I'm not touching this. I tried some 81 Fleer once. Never again. 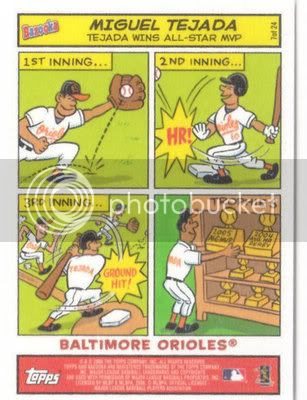 This is a Miguel Tejada ASG MVP comic. I feel like autographed Bazooka comics would be cool... do these exist? Anyone ever get a TTM on one of these? 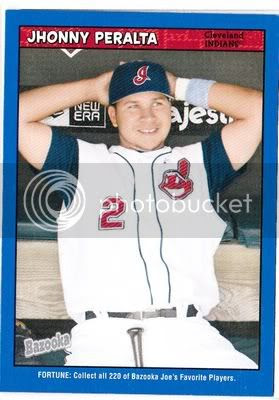 Next we have the blue parallel of Jhonny (no, spellcheck) Peralta. Gotta love a shortstop who can field .988 and hit 21 dingers in the same season. 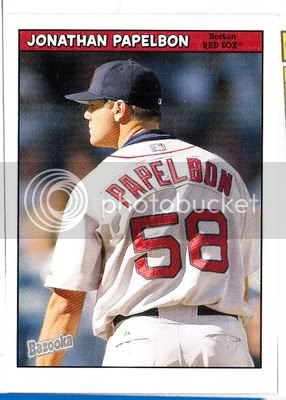 Here's a base card of Red Sox expatriate Jonathan Papelbon. A nice shot of the signature stare. 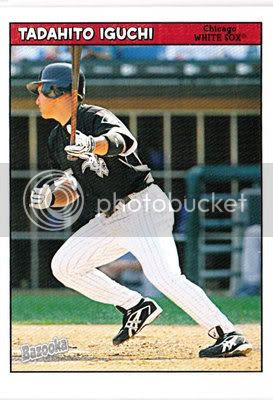 Next up is Tadahito Iguchi. This guy played part of four seasons in the MLB and picked up two rings in the process (White Sox, Phillies). Sort of unfair when you think of Jim Thome who missed those WS teams just barely. But baseball isn't fair. 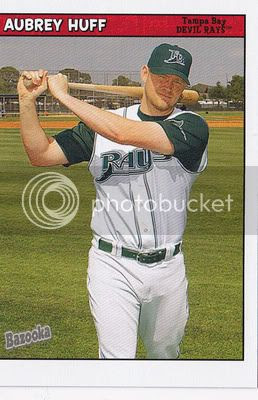 Aubrey Huff in a Rays uni is up next. Aubrey is having a tough time with baseball (and life) right now, suffering from anxiety after a terrible 2011. 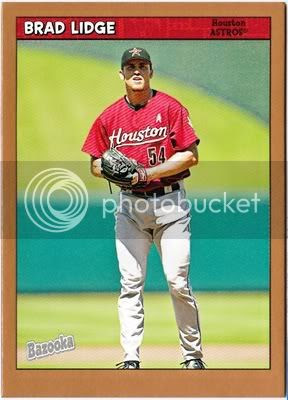 Here is our copper/gold/brown parallel of Brad Lidge (known, out of frustration, as Bad Lidge during the end of his Phillies tenure), current setup/closer for the Nats. 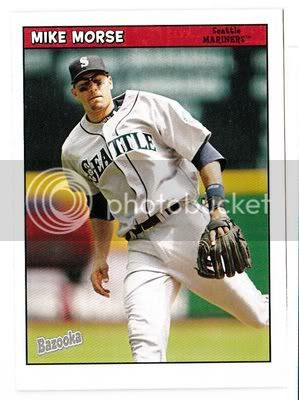 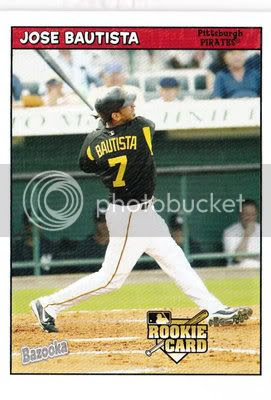 And finally we have a rookie card of the currently struggling Jose Bautista. His cards are somewhat underpriced given the past two seasons (his RC books at $1) but only time will tell if his recent success will last. Not a bad pack.

it still weirds me out seeing Bautista in a Pirates uni!

Its weird how he was over there flying under the radar for a while and then just broke out in Toronto.

Lovely just what I was looking for!