Written by Punchy Sam at 8:06 PM
Continuing the trend of shiny fancy cards started by the previous 1996 Pacific Pack, Here is a pack of 1998 Stadium Club Hobby. 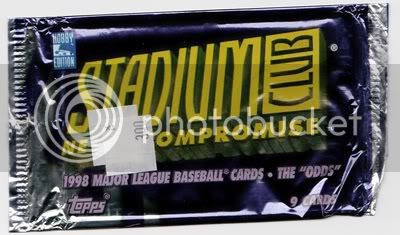 Not unlike many Topps products that come in different series throughout the season, 98 Stadium Club came in two series. Unlike those products, this was distributed in "odds" and "evens". Weird. This is the "odds". 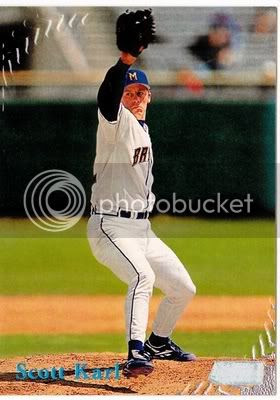 Starting it off is Scott Karl. Six seasons in the bigs, 54-56 record. 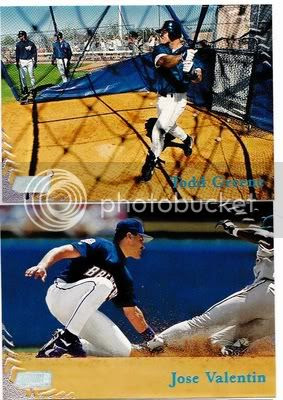 Next is Todd Greene and Jose Valentin. Greene's most impressive accomplishments are being struck out by Wade Boggs and a career-ending collision with Prince Fielder. 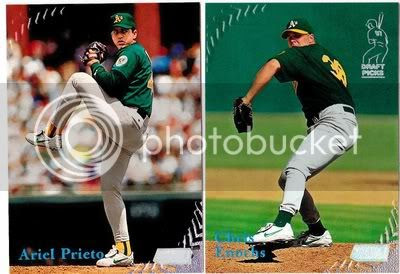 Here are a couple of A's, Ariel Prieto and Chris Enochs. And I use the term "A's" loosely since Enochs never actually made the bigs. 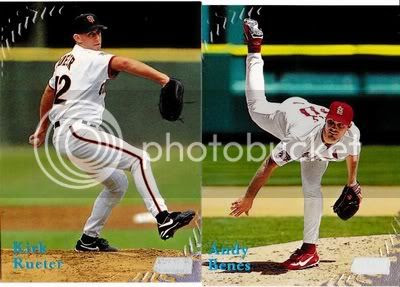 Kirk Reuter and Andy Benes are next. Compared to the rest of this pack so far, these two are legends. Reuter recorded 130 wins and Benes was a 1x all star. 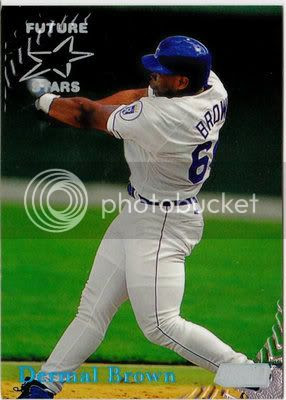 Here is "future star" Dermal Brown. He floated around the bigs for a few years before playing in Japan. 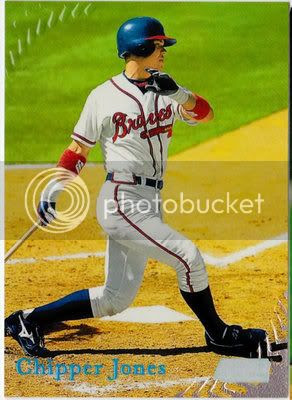 And finally, Chipper Jones. I'm glad I got one noteworthy player in this pack. It was pretty much a dud otherwise. Pretty bad.

I've been busting a bunch of the "evens" in my 182 Packs of Baseball. I don't think I have any of the "odds" packs. I love this set. The pictures are fantastic.