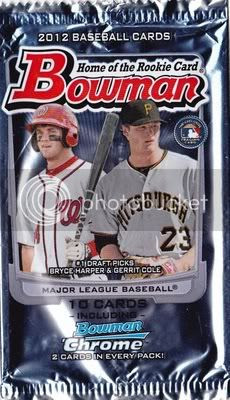 Currently, Bowman Baseball's annual first release is considered the most important set for prospects and rookies. This years set will again revolve around Bryce Harper, as well as #1 Draft Pick Gerrit Cole. Key rookies will include Jesus Montero, Brett Lawrie, Yu Darvish, and Matt Moore. Lets see what we got! 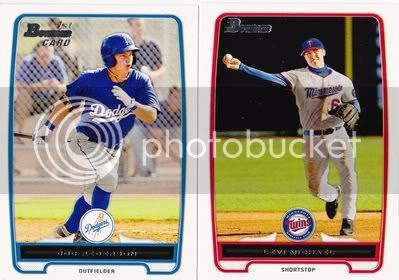 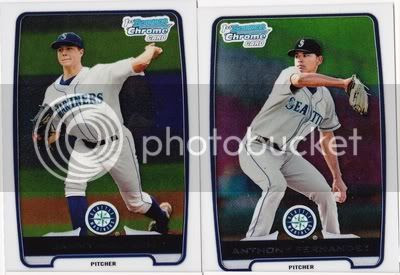 Here are my two chromes, both Mariner pitchers. Fernandez has been floating around a while, while Hultzen was the second overall draft pick in 2011. Not too shabby. 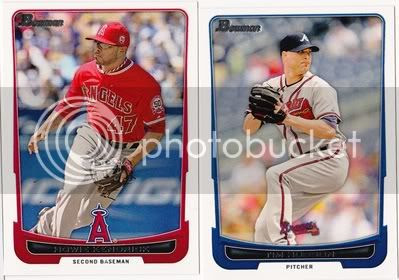 Some veterans in the form of Howie Kendrick and Tim Hudson. 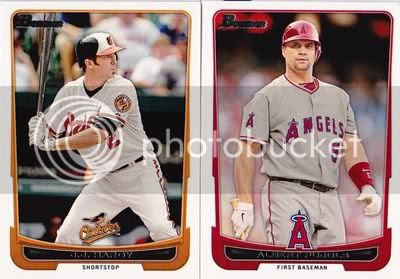 Some more veterans in the form of JJ Hardy and Albert Pujols. 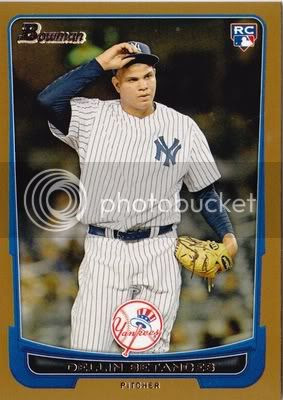 My gold card is Yankees RC Dellin Betances. A native of Brooklyn. 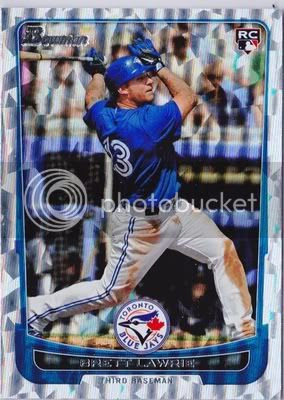 This is, by far, the hit of the pack. A silver ice RC parallel of Brett Lawrie. Awesome card. Will be interesting to see what these will be going for.

Pretty nice pack! I'll be reviewing more from the blaster box this came from over at my blog http://www.waxpackgeek.com

Thanks! I'll be sending it to SGC.

If you're interested, I'm giving away some Bowmans on the ol' blog.

Thanks Topher I'll check it out.