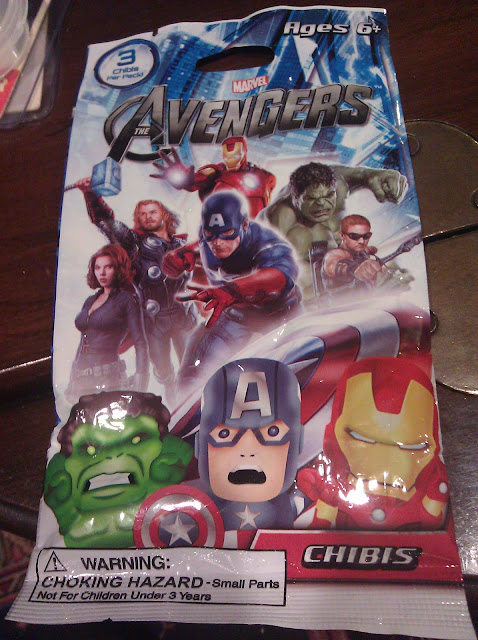 I hadn't really taken a look at these packs too closely and until today I had not considered purchasing a pack.  The $1.99 price was enticing but it wasn't until I flipped the pack over and saw what I could pull from it that I knew this was a product for me.

I mean, just look at that Nick Fury figure you could pull! 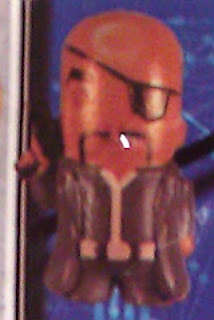 For the uninitiated, "chibis" is a Japanese term meaning "short person" or "small child" and is used to describe when known characters are "miniaturized" for a toy or drawn smaller for a comic.  So for this product they have taken Earth's Mightiest Heroes and transformed them into one inch figures.

As far as my pack goes I'm hoping for Nick Fury, Hulk, and the Thor figure with the helmet.  Let's see what I got...

We begin with what I believe is Bruce Banner.  If I've got to get one of the "non hero" figures I'll be happy with this one...plus it will look nice next to the Hulk I'm hoping to pull next. 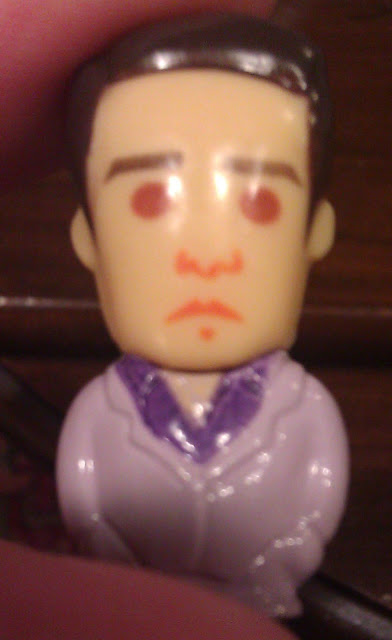 Next we have...another "non hero." This time we have a figure of Clark Gregg as SHIELD agent Phil Coulson.  I wish they would have had him posed with The Destroyer Gun rather than just a handgun and if you've seen the film you know what I'm talking about. 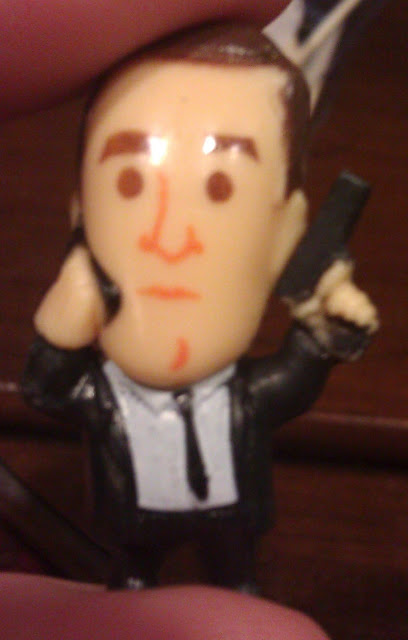 My first hero and it's The Black Widow and what seems to be her double eyebrows.

Okay, this pack wasn't the greatest but I'm viewing it as a way to get the "undesirable" figures out of the way and I'll be onto another pack the next time I'm at Target. 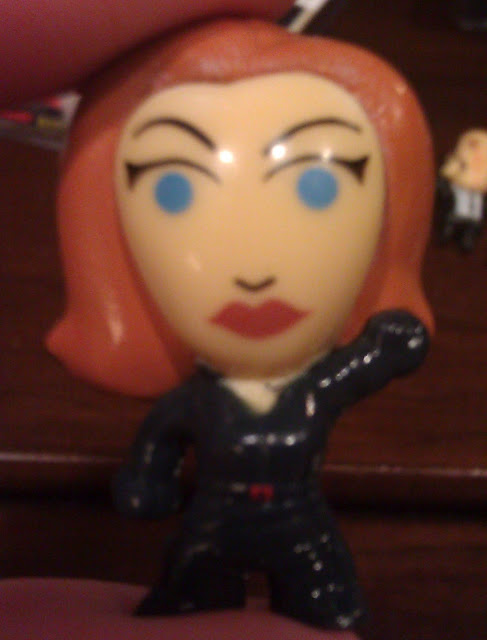 The Agent Coulson figure has such a big head that it's hard for that figure to not fall over but I must admit that they do look sort of cool once you get them lined up together. 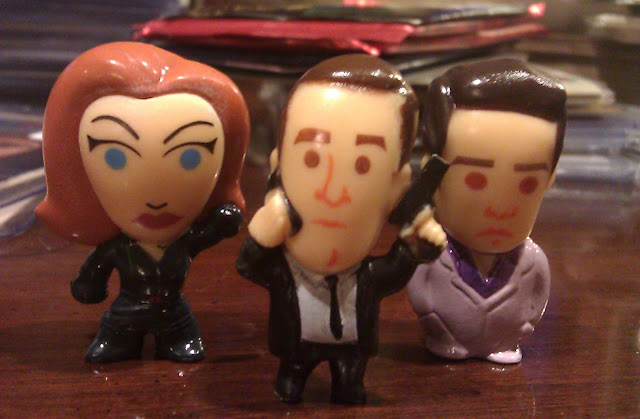