1981 Topps Raiders of the Lost Ark 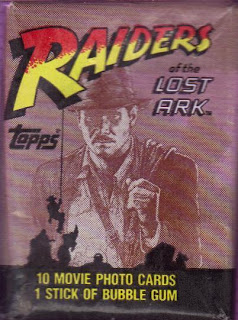 Before there were "Indiana Jones" movies, there was a movie with a character named "Indiana Jones." Most people knew him as Solo, Han Solo. But with the success of this film, he quickly became the male Sybil of the silver screen. 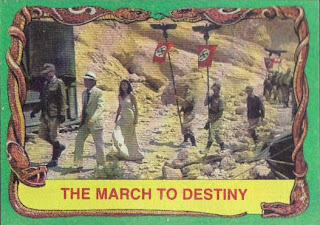 As has become more and more evident as I bust open movie-related packs of wax, I can recall very little of the movie itself. 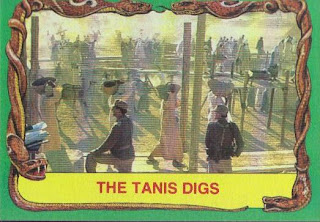 The backs of the cards were done in the same vein that Topps had adopted for many tie-in sets: get the gist of the flick by putting the set in order and read each scene. 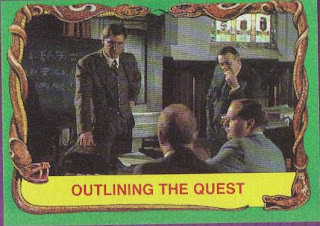 Of course, if you didn't buy boxes of the stuff at a time, you were left with empty places. Spaces in your heart where you know the next few scenes should have been. 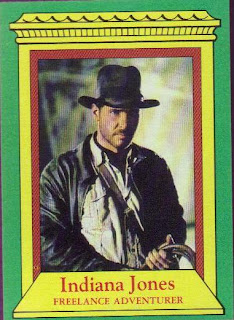 "...a completely modern hero, and yet his adventures are as timeless as the ancient pyramids of Egypt." Are you crying? There's no crying in archeology! 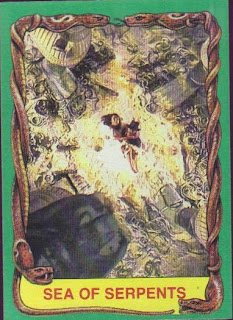 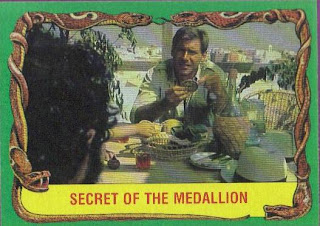 Indy had so many brushes with death, he should have been a Fuller man (da-dum-dum-tink - I'll be here all week!)... 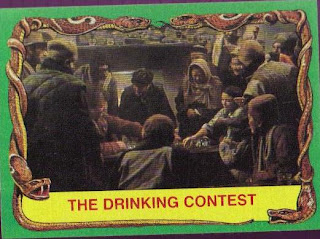 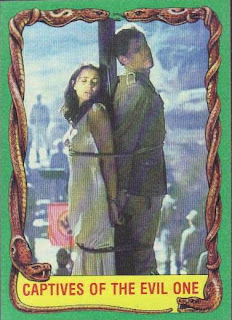 I vaguely remember thinking she was hot when I was younger in '81. Then again, I was like 12-13, so I thought that about a lot of females... 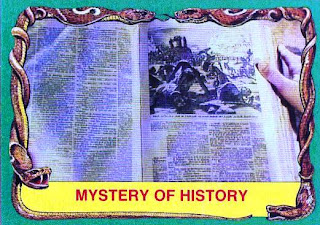 Ah, the mystery of history... I think I took that class in college, and it turned out the mystery was how any of the drunken cross-dressing leaders of our country managed to keep their jobs in the first place. 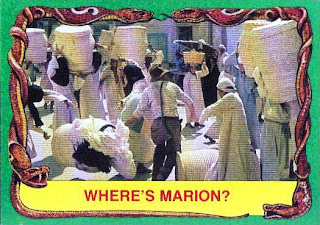 Awesome movie... Lousy cards... But, hey, at least they survived long enough to one day become "A Pack to be Named Later."

Email ThisBlogThis!Share to TwitterShare to FacebookShare to Pinterest
Labels: 1981 Topps Raiders of the Lost Ark

Make no mistake, Karen Allen was very hot in 1981.