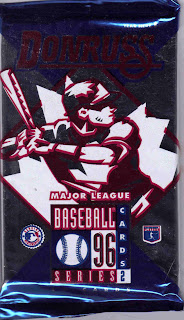 This set had 550 cards that were released in two series. Unfortunately, the silvery "information box" on the front of the cards doesn't scan well. 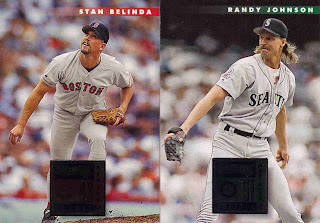 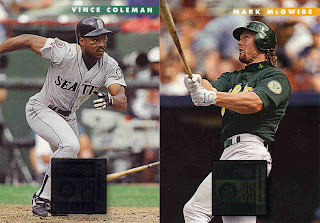 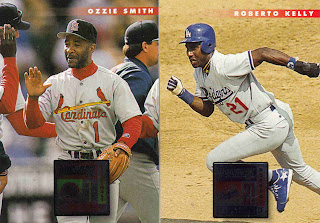 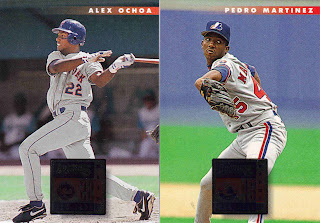 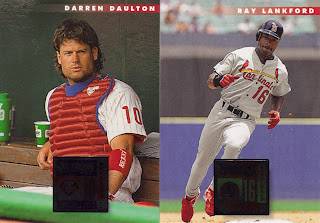 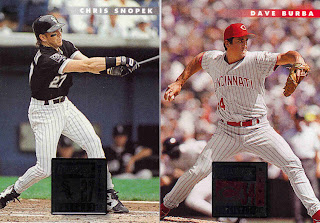 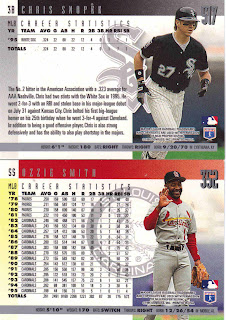 Here is a comparison of the backs of the cards. Players who didn't have many years of stats had write-ups on the backs of their cards. Mr. Snopek's card has some dead space, while Mr. Smith barely has room for his stats.
This set was made during my break from collecting. Although the picture quality is nice, I have a hard time getting used to borderless cards.

One of the most awkwardly positioned company logos on a baseball card in history.

Hated those fronts because of the "silvery box"