Written by shoeboxlegends at 7:05 PM
Hockey season is right around the corner, so what better time to bust some really old hockey wax? As the title indicates, this is a wax pack of 1978-79 Topps hockey. I ripped one of these on my own blog a while back, and it was a blast. This is the oldest hockey pack (and oldest sports card pack) ripped so far on A Pack To Be Named Later. The pack contains 12 cards and 1 sticker, I've scanned each one: 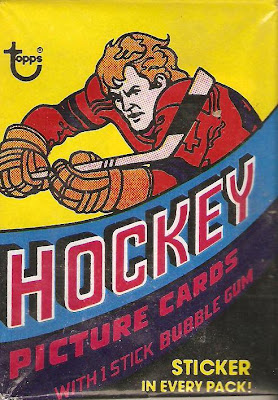 Let's start with the wrapper though, not bad huh? It looks a little weathered but this is the second pack I have bought from these guys and they have been great dealers and very trustworthy, so I'm confident it hasn't been opened or searched. I did pretty well too as you're about to see, which would seem to support that. On to the cards! 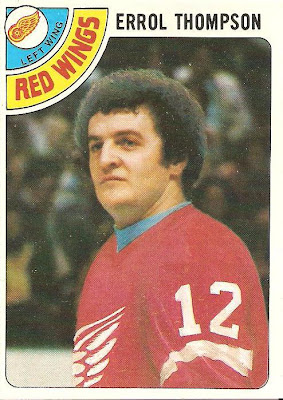 #57 - Errol Thompson - What a fantastic afro to get things started. Can you seriously picture this guy playing wing in the modern day NHL? Things have certainly changed in the last few decades! Errol was born in 1950 so surprisingly he's in his mid to late 20's at the oldest in this shot. 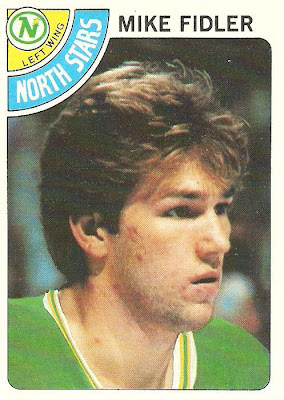 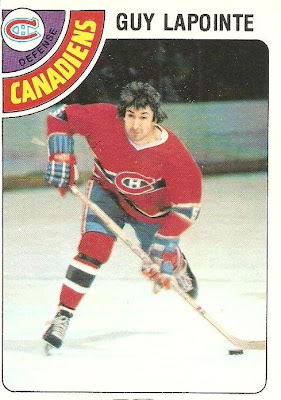 #260 - Guy Lapointe - Lapointe was a key member of the Canadien team that ruled the 70's. He won 6 Stanley Cup championships with the team. Guy is currently employed by the Minnesota Wild franchise. 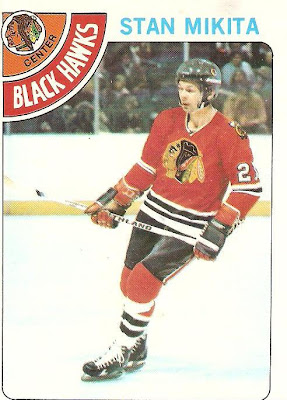 #75 - Stan Mikita - Here's where the pack starts getting good. This one is pretty poorly cut top to bottom but I'm a huge Stan Mikita fan so I was happy to see it. 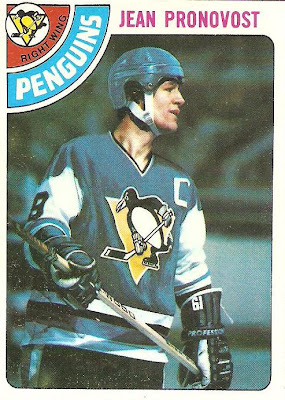 #184 - Jean Pronovost - Pronovost had a solid NHL career, racking up 774 points in 998 games. It looks like there was some heavy duty airbrushing going on here, which is strange given that he had played with Pittsburgh for the previous 10 seasons before this card came out. What's stranger is that he actually played for the Atlanta Flames in 78-79, not the Pens. 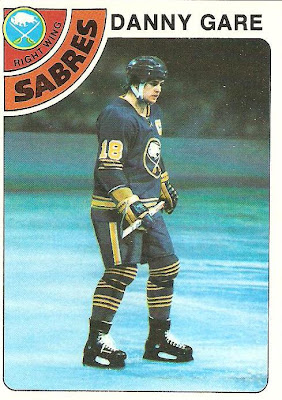 #209 - Danny Gare - Three good offensive talents in a row in this pack. Gare was an excellent scorer, twice reaching the 50 goal mark for the Sabres. His number 18 is retired by the team. 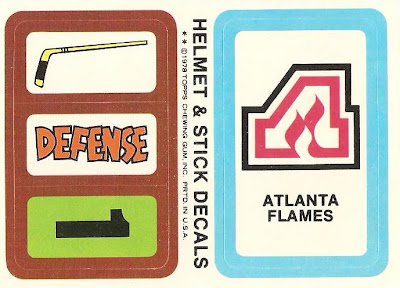 Team Sticker - Atlanta Flames - Each pack comes with a single sticker. They all follow the same basic design, three smaller generic hockey-related stickers on one side, and one larger team sticker on the other. I like this better than the Islanders sticker I pulled in my other pack. 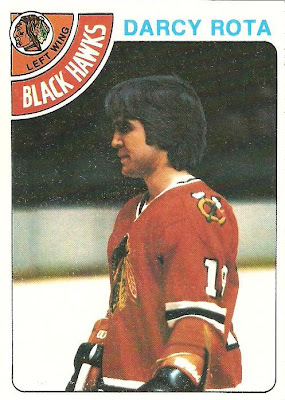 #47 - Darcy Rota - Rota was selected 13th overall by the Blackhawks in the 1973 Amateur Draft. He was an absolute sniper in junior hockey, but never really reached his full potential in terms of scoring at the NHL level. He was still a solid player though and lasted 11 years in the league. 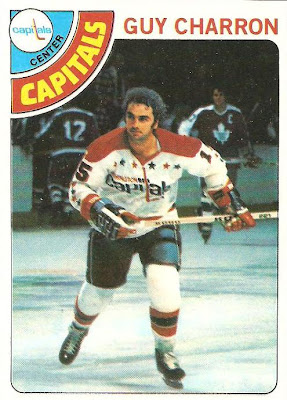 #22 - Guy Charron - I have to admit I know next to nothing about Charron, but apparently he played in 734 career games without ever seeing so much as a single playoff game. He sounds like the Ernie Banks of the NHL. Ouch! 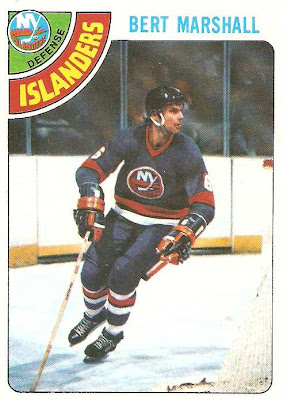 #49 - Bert Marshall - Once again, this card appears to be heavily airbrushed even though Marshall had spent better than 5 seasons with the Islanders by the time this set came out. The 1978-79 season would be Marshall's last... 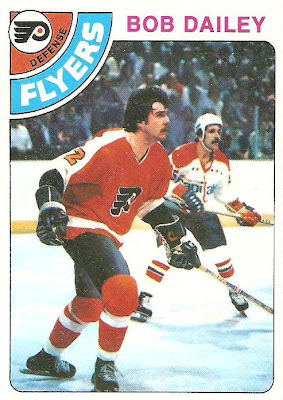 #131 - Bob Dailey - It might be hard to tell from this photo, but Dailey stood an imposing 6'5" and for a time was the tallest player in the league. 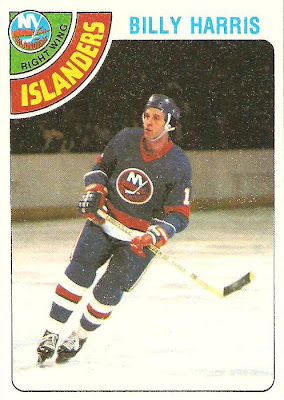 #182 - Billy Harris - I never really heard of Billy before and his career was nothing spectacular. I found out though that he is known as the very first New York Islander as he was drafted first by the team in the 1972 Expansion Draft. Random tidbits like these are part of the reason I love opening older packs. 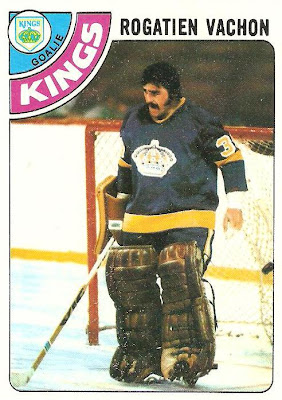 #20 - Rogatien Vachon - We close with my favorite card in the entire pack, Los Angeles Kings' goaltender Rogatien Vachon. This guy won a few Stanley Cups, a Vezina Trophy, never allowed a single penalty shot goal in his career, and retired as a Boston Bruin.

Well there you have it, hope you enjoyed this 30+ year old pack of hockey cards as much as I did!

Great pack.
Looking forward to grabbing some older packs at the Sports Card Expo in Toronto in November.

Wow, I remember opening packs of these as a kid! Thanks for the trip down memory lane.

Always love to see some old hockey wax!! What a great year, sorry to see no Bossy.