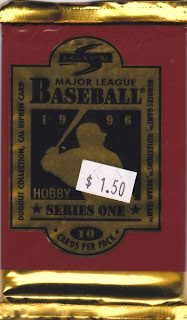 It's hard for me to imagine any time where someone would have paid more than $1 for a Score pack. Man, this set didn't even have a shirtless Bo Jackson card where the dude is holding a bat and wearing football pads! This is not my favorite card design by any stretch, but for the actual price of 50 cents a pack, it's good for some cheap entertainment. 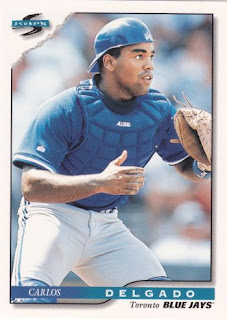 139 - Carlos Delgado (Delgado is shown catching here, but his position is listed at 1B where he would spend most of his career and the bio on the back mentions that he played LF in 1994.) 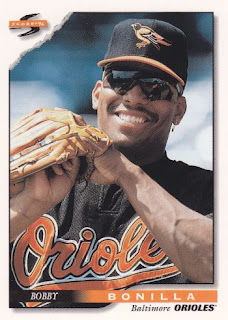 167 - Bobby Bonilla (Bobby Bo! It seems that he had a terrific season in 1995, splitting time between the Mets and the O's. I think I gave up on him officially at some point when I was in high school, and was fascinated by the fact that he turned up on the Cardinals years later.) 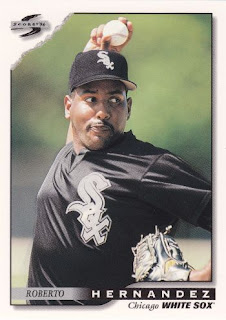 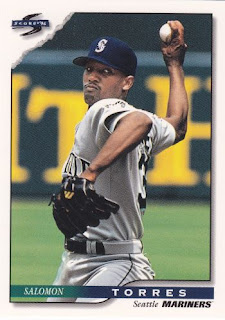 145 - Salomon Torres (Torres went out with a bang in 2008, his first season with full-time closing duties.) 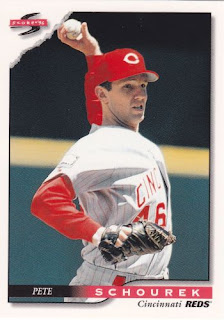 190 - Pete Schourek (Okay, how do you pronounce his name? I always thought it was SHORE-eck, but now I want to pronounce it SHOWER-eck for some reason.) 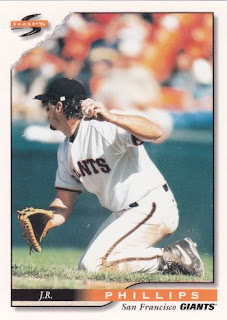 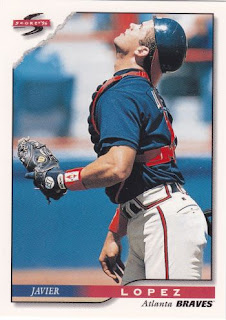 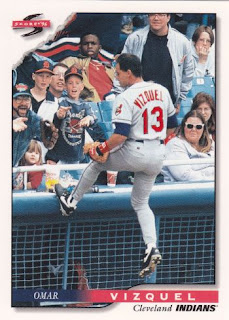 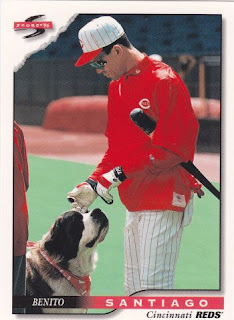 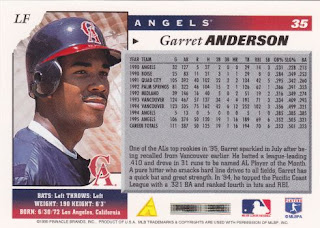 35 - Garret Anderson (I preferred the old '80s style Score card backs - probably my favorite thing about the Score brand overall - but this is okay.)