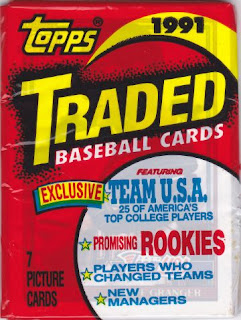 Topps began distributing their year end Traded set in pack form in 1990 for the first time since test marketing the idea for a couple of years back in the '70s. The 1990 set was awful, even at the time, but by 1991 they had decided to include Team USA players as an enticement to get people to buy it. Curiously, they also used "New Managers" on the wrapper as a selling point. 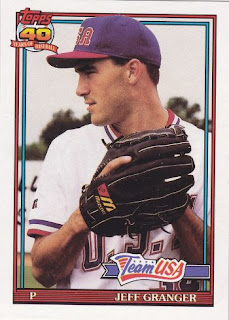 49T - Jeff Granger (Granger was only a college freshman when this card was issued. He was drafted two years later and made his debut with the Royals that same season. He only lasted a few years in the majors and wound up with a 9.09 career ERA. He also used to play backup QB for Texas A&M.) 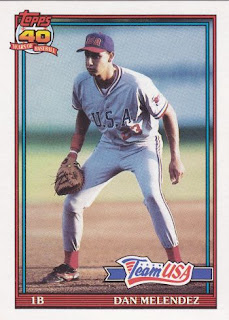 80T - Dan Melendez (Melendez spent some time in the Dodgers organization in the '90s but did not make it past AAA.) 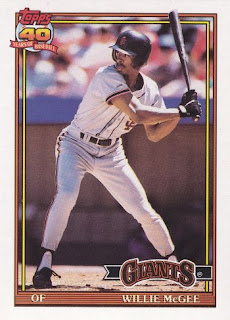 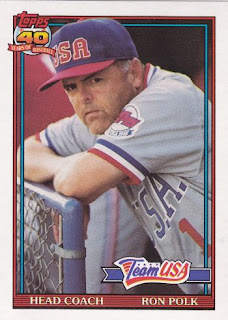 93T - Ron Polk (A college baseball Hall of Famer who coached in the SEC for four decades.) 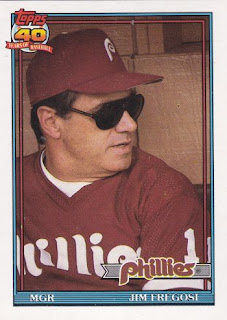 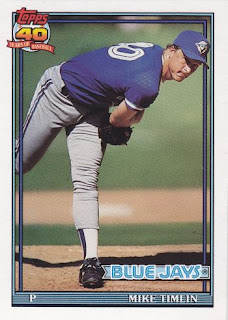 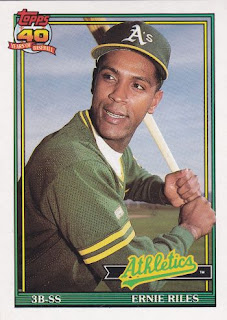 They're pretty hard to find but Topps actually released 1985 Topps Traded in pack form as well.

I bought SO MANY of these looking for the Charles Johnson card that was featured in Beckett. SO MANY. -Andy

Probably the only card I was looking for was a Jeff Bagwell rookie card.

Bought a couple of factory sets for $2 each probably seven or eight years after the cards were printed.