Written by SpastikMooss at 11:25 PM
e46yttttt(All of these cards are available for trade)

Okay not really (it's actually April 3rd), but I do have this pack to share with you that commemorated the day in 2004. See: 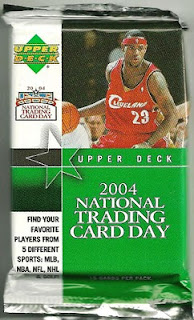 Ewwww, LeBron's on the front...boooooooo. But hey, I can get cards from 5 different sports, including MLB, NBA, NFL, NHL, & Golf! COOL! I wonder who I'll get first...maybe Albert Pujols, or Paul Pierce, or Tom Brady... 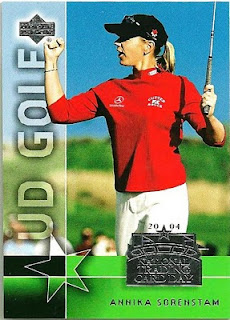 #1 Annika Sorenstam - Okay, not so random - the 15 cards are in number order from 1 to 15, so anyone who got this pack would pull her first. So hats off to Upper Deck for making card #1 a female in a male dominated set, but hats back on since there's no variety in a pack. Ah well, it's still all new to me right? Here's the back of her card: 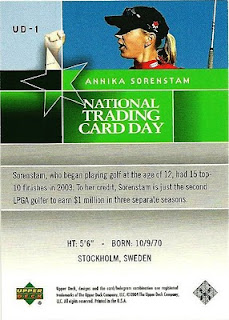 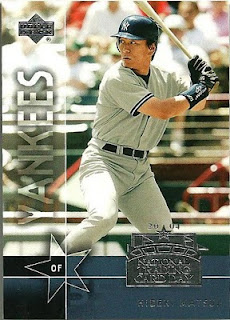 #2 - Hideki Matsui - Starting things off internationally apparently with Sweeden and Japan...tricky tricky. Was Matsui really big enough in 2004 to be included in this set? I'd argue no, but what do I know? 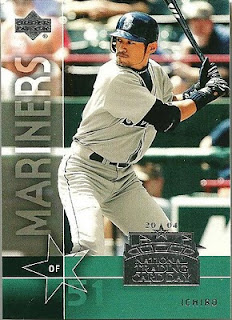 #3 Ichiro - Continuing the international theme, we have Ichiro, who certainly deserves to be in this set. I also like the color scheme for his card with that teal-y-ness. 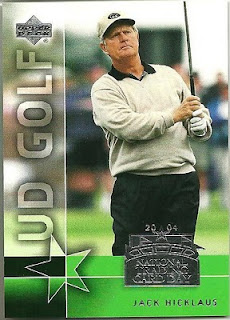 #4 Jack Nicklaus - Good old Columbus, OH breaks up the non-U.S. monotony. The back of the card calls him the "greatest golfer of all time." I don't disagree. 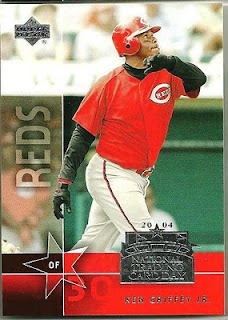 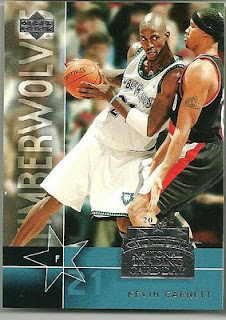 #6 Kevin Garnett - Ooo a basketball card of a current Celtic! Sadly this is where the pack goes downhill, starting with... 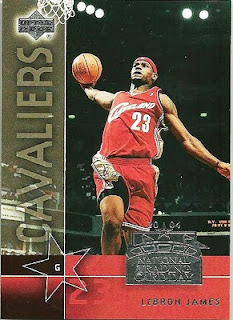 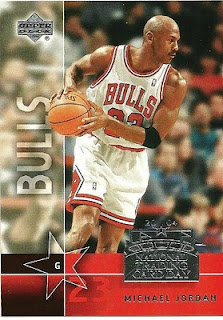 #8 Michael Jordan - One of the greatest of all time, but also the precursor to Brett Favre. Luckily Favre is having a MJ-with-the-Wizards-esque final run this year. 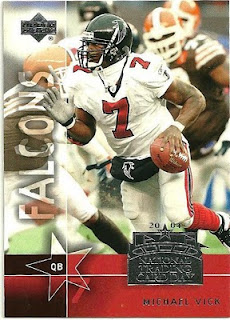 #9 A Bunch of Cleveland Browns - Okay, so really it's a Michael Vick card, but the Browns actually WON that game in 2003, so I had to mention them. Kevin Johnson and William Green scored 4th quarter touchdowns leading to a 24-16 Browns victory. Suck on that Vick! 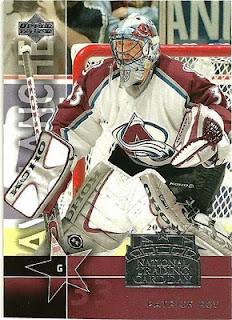 #10 Patrick Roy - Certainly one of the best goalies ever, if only for messing with Americans who have to try to pronounce his name correctly. I was stunned as a kid when I realized it was not pronounced Roy, but rather "Rue-ah." Crazy Canadians! 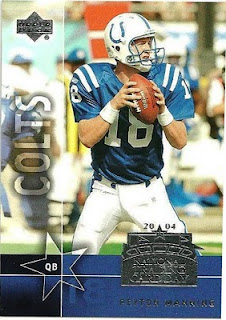 #11 Peyton Manning - As a Browns fan and a Patriots fan...booooo. Not as bad as LeBron, but boooo. 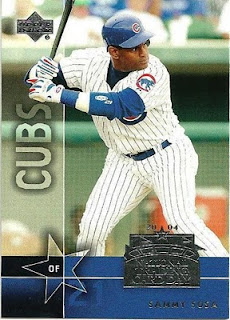 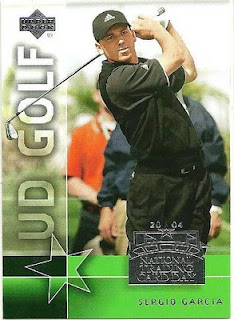 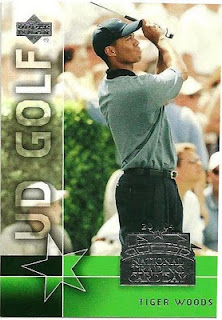 #14 Tiger Woods - This guy goes and ruins everything. Tiger AND Peyton AND LeBron? Throw in the Favre I got in the box from Troll and damn...what an unfortunate set. Ah well, one more card left to check out... 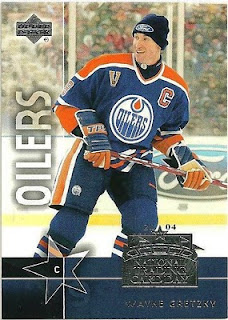 #15 Wayne Gretzky - Cool, the Great One, I can dig that. Nice finish! Oh but wait, there's the insert: 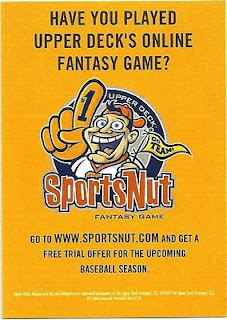 I would've shown you the back, but it says "Win an experience with Ken Griffey Jr.," and that creeped me out. What kind of "experience" do I win? Do I even want to know? They said you could go to www.upperdeckkids.com to find out, but I don't think I really want to know. So I'll stop the pack there, no research needed!

Cool, I like it. Even with some of sports' most omnipresent douches. :)