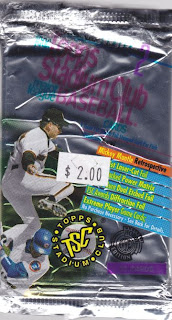 I posted a pack from Series 1 last week. Here is Series 2. Now with 90% less "EXTREME" as the word is barely visible on the wrapper. 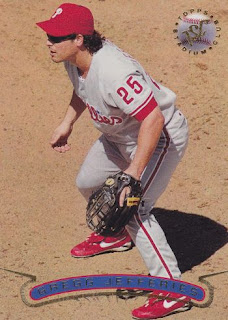 425 - Gregg Jefferies (Is Jefferies playing on a major league field or on a construction site?) 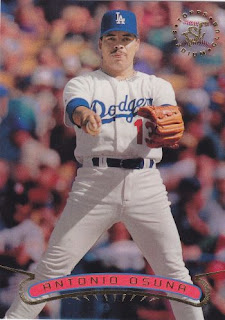 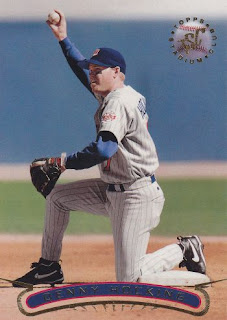 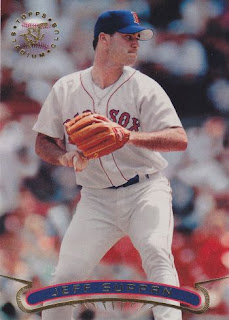 444 - Jeff Suppan (Suppan has been pretty lousy outside of a Cardinals uniform for most of his career, and now that he's back with the Redbirds he hasn't really discovered the magic that he had for fleeting moments like the 2006 postseason.) 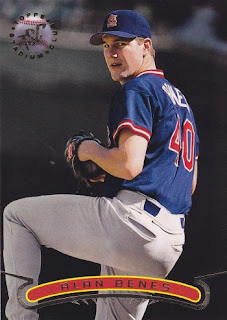 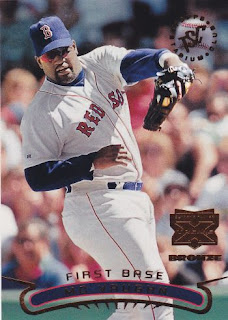 - Mo Vaughn Extreme Player Bronze (Apparently these are both insert cards and contest entries. There are official rules on the back!) 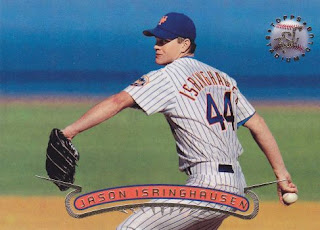 286 - Jason Isringhausen (So much younger then... and skinnier.) 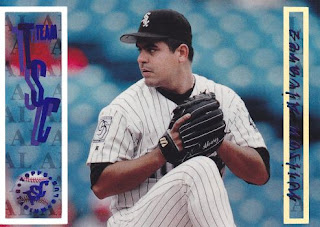 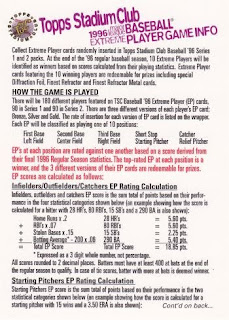 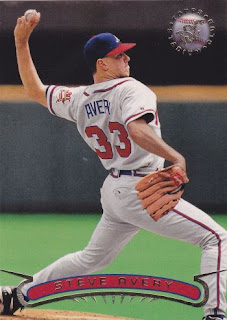 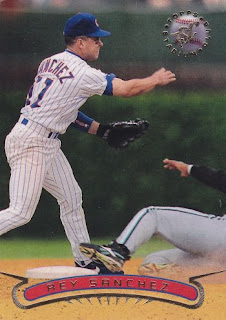