Pack searching? Yeah, that's right, NBA Hoops practically invented it. This set and its much more sought after inaugural edition made absolutely no secrets of its contents with its see-through wrappers. The initial edition contained a highly sought after David Robinson rookie card. I opened countless numbers of those packs and never landed one, so I was left to assume that you had to be an expert pack searcher to get a David Robinson rookie card. I don't know why I cared, though. I didn't like David Robinson. Here's a pack from the "expansion" version - sort of a high series/series 2 hybrid concept where several dozen cards from the original set were replaced in the print run with "traded set" type cards and some players on the new expansion team (Timberwolves and Magic) rosters. 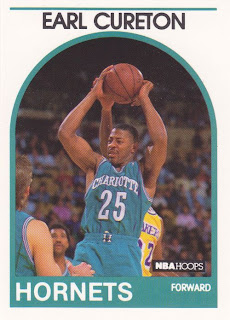 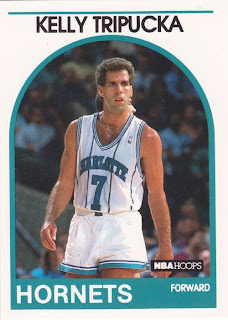 55 - Kelly Tripucka (Is that Ben Stiller in a late '80s NBA uniform? Tripucka was a big time scorer for the early '80s (pre-Bad Boys) Pistons.) 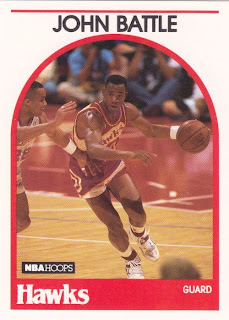 154 - John Battle (Where Hoops might have lacked in the design in overall quality department, it excelled in interesting photography, although I've noticed a majority of early '90s NBA photos seem to have been shot at Madison Square Garden. This was likely taken at the LA Memorial Sports Arena where the Clippers played prior to the opening of the Staples Center.) 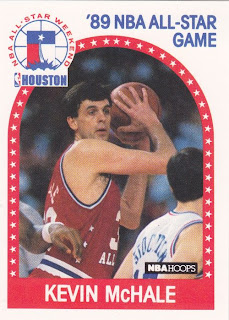 156 - Kevin McHale All-Star (Even here, McHale looks more like an awkward executive than an NBA star.) 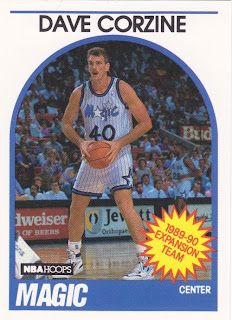 343 - Dave Corzine (Here is our first "expanded set" card, of veteran center Dave Corzine who was traded by the Bulls to the Magic for draft picks.) 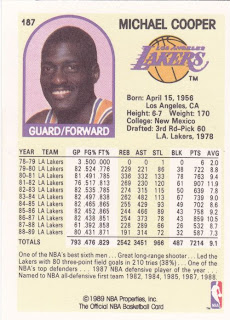 187 - Michael Cooper (Card backs had a clean and simple design.) 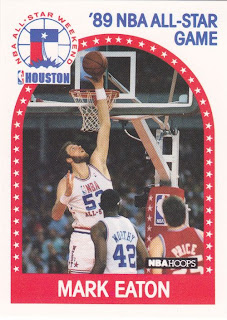 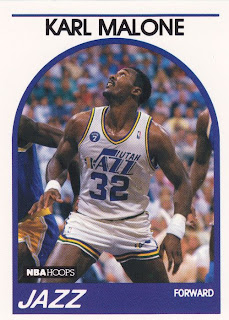 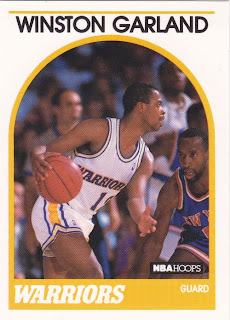 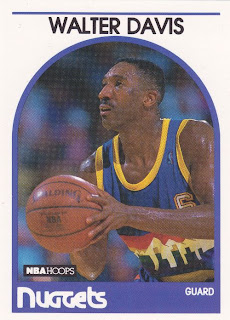 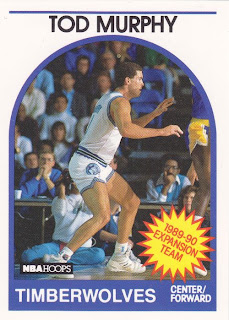 304 - Tod Murphy (It looks like this game was played in low lighting conditions.) 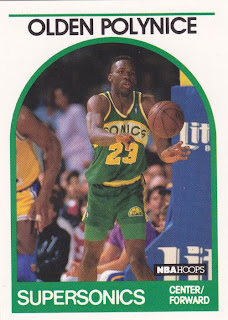 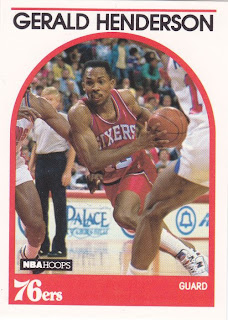 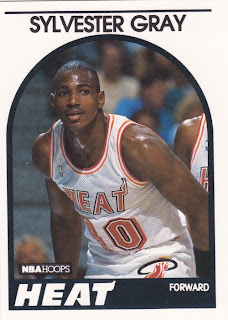 204 - Sylvester Gray (A reminder that the Heat uniforms didn't always symbolize what's wrong with the NBA.) 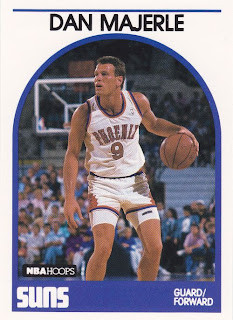 How many tattoos did any of those players have?

Hoops introduced me to basketball cards. I remember when I first saw those cards and notice Isiah Thomas on top I have to get it. Next thing you know there are Michael Jordan and Magic Johnson on top. Another set known for pack searching is 1990 Pro Set football series 1. You can see through the name through back of the pack. I got so many Deion Sanders cards that way when he was the hottest thing in the market. Thing is I was in 3rd and 4th grade when this came out. Back then there was no shame in pack searching then when you get older you realize its not what it used to.

I ended up with like 15 Pro Set Barry Sanders cards for the same reason. I don't even think I liked Barry Sanders. I just didn't know any better.

Ah, yes. *The* David Robinson. So many kids' college educations were going to be pre-paid with those.