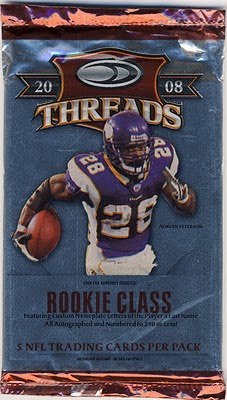 So there might not be any football in our near future [we're six months away even without a lockout] but at least there will also be Donruss football cards that no one really wants to open.

This pack turned out to one that dayf should have ripped as he had two Falcons... 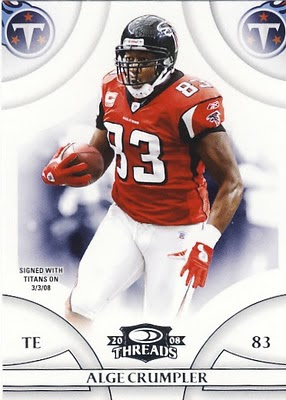 and one of them being a numbered blue foil insert... 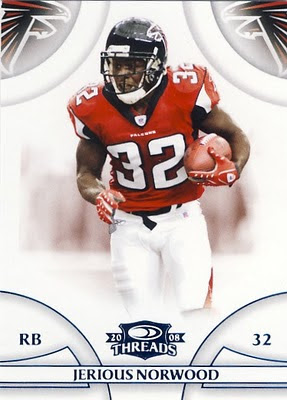 Apparently Donovan McNabb will be giving his thoughts on the NCAA tournament but the real question is where will Donovan end up when the NFL come back. He's still technically a Redskin but I think we know he's going to end up elsewhere. 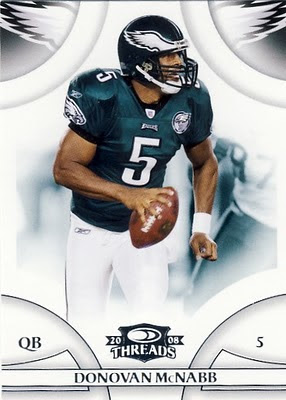 I ended up getting burned by Derrick in my fantasy league...adding Anquan Boldin cost Mason 13 catches and about 250 yards. 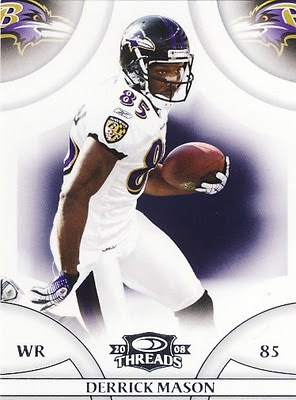 Does anyone know if Laurence will make a difference with the Broncos next season? Does anyone care? 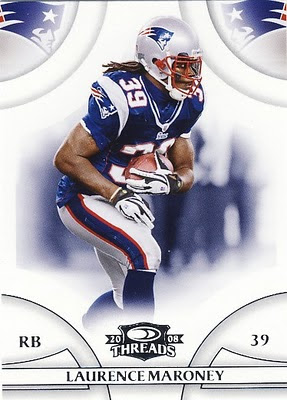