Written by Matt F. at 8:45 AM
I found this in the 99 cent bin at Target...and I wish they would actually make something like this...no markings, no brands, just some unmarked cards that could be anything...let's see what's inside... 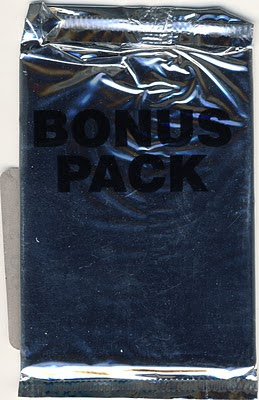 Turns out to be some WWE Ultimate Rivals put out by Topps in 2008...my favorite being the Rick Flair card and the Undertaker/Paul Bearer...the last two I have no idea about. 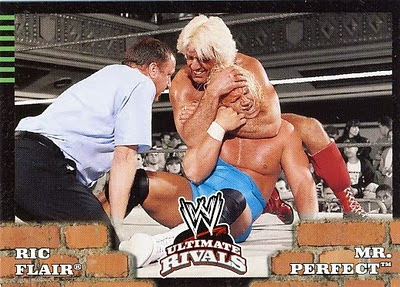 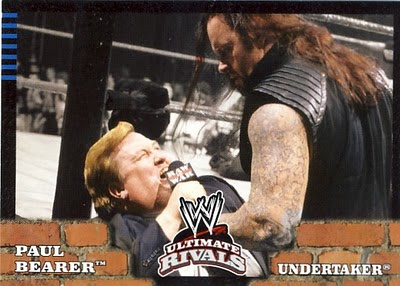 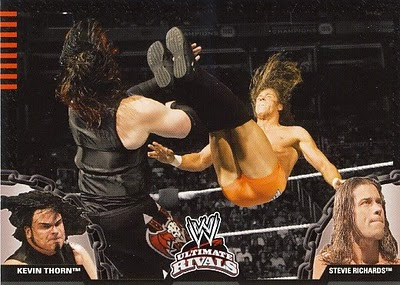 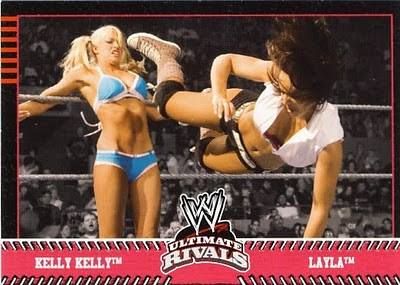 I've seen some of those Ultimate Rivals packs in the discounted box @ Target, but have never bothered to buy one. Thanks for sharing.