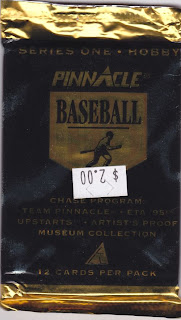 Baseball season is almost here! It's a great thing. Now, I couldn't possibly live up last winter's post (isn't it great to finally be able to say "last winter"?) on the Series 2 version of this product, but I still have a post to do here. 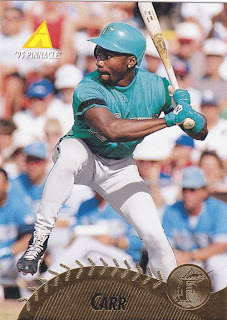 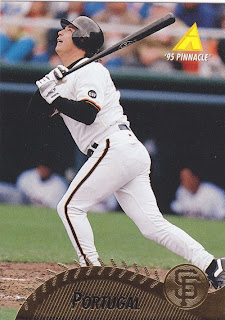 87 - Mark Portugal (Pitchers batting! How wacky. It would also be wacky for your last name to be shared with the name of an entire country.) 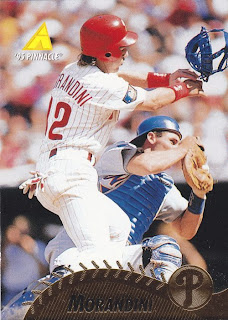 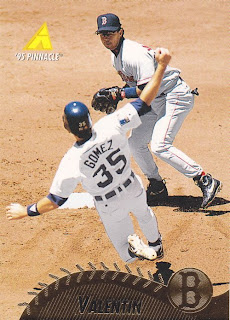 75 - John Valentin (Lots of foil here. You know, I really am not a big fan of Pinnacle. It seemed like it was a brand that was needlessly added and never really served a purpose. I was fine with plain ol' Score and its nerdy card backs and weird color schemes.) 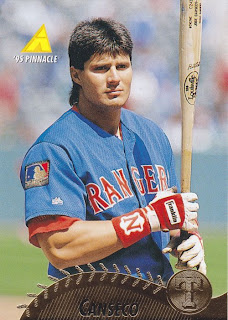 49 - Jose Canseco (I like these jersey, but when you look at the photos on the back the Rangers look more like the Phillies than themselves. Of course, it probably would have helped if I had scanned the back.) 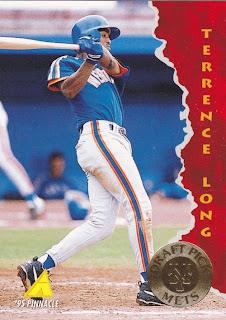 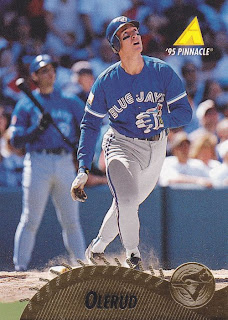 94 - John Olerud (Another classic looking uniform. I don't know why the Blue Jays ever changed. For awhile, it seemed like it was the only good thing going for them.) 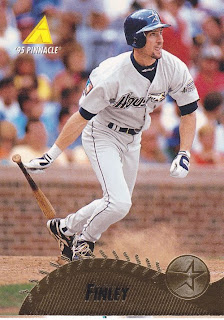 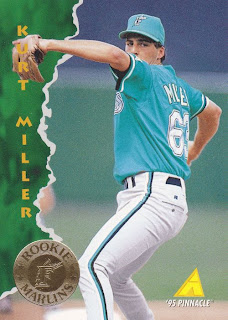 161 - Kurt Miller (I heard the Mariners are bringing back the teal for certain games this season. It will be like the mid-'90s all over again.) 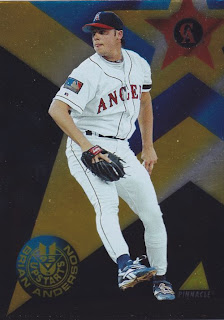 US38 - Brian Anderson Upstarts (This is a 1:8 insert and I don't really know what to say about it.) 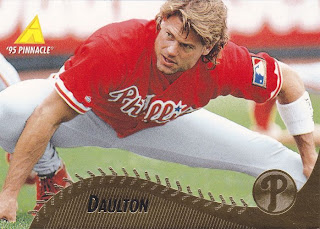 205 - Darren Daulton (Daulton's veins are about to burst with grit.) 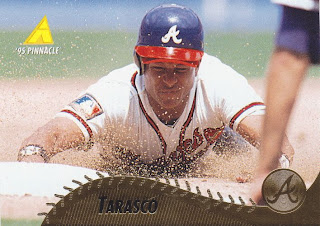 212 - Tony Tarasco (Great photo, aside from the blurry arm that's in the way. Tarasco is eating some grit himself here.)

I'm building a set of the Museum Collection so if anyone happens to have any of them and are willing to trade or sell, let me know!