Written by Matt F. at 5:39 PM
Each series that Topps put out of these I buy at least one pack and I tend to have mixed feeling about them. On the surface I love the new original Star Wars artwork but some of the new character include make me scratch my head. 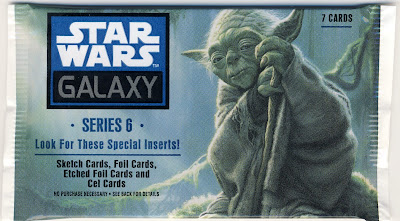 As I write this I just watched the Billy Bush interview with Charlie Sheen and Charlie's catchphrase are running through my mind and so I will take each of these cards and based on their greatness I will ascribe a corresponding Sheen catchphrase. And away we go: 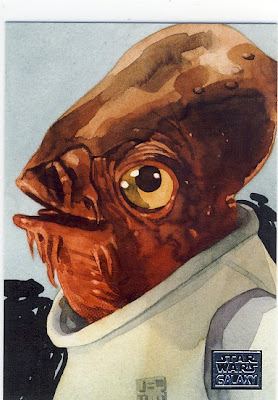 Charlie Sheen Catchphrase: I'm refusing to give this card a catchphrase because it is one of the worst sequences in any Star Wars film. 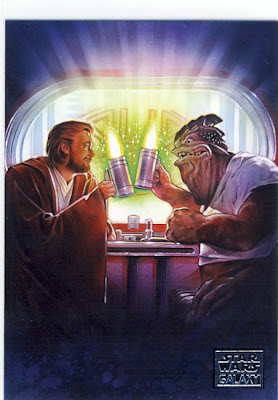 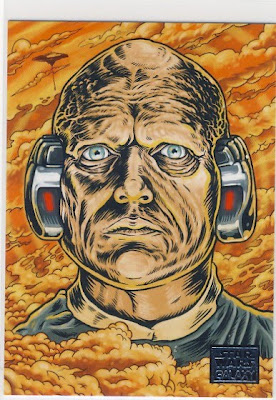 And on the topic of Lobot there is always the greatest 14 seconds in Adult Swim history: 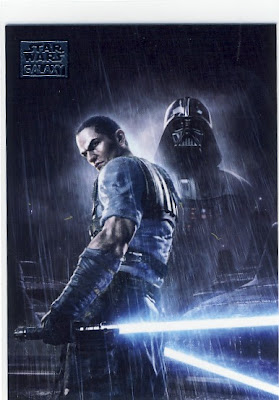 Charlie Sheen Catchphrase: "Can't is the cancer of happen." 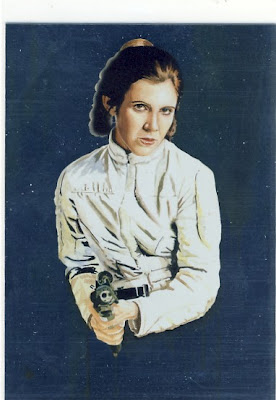 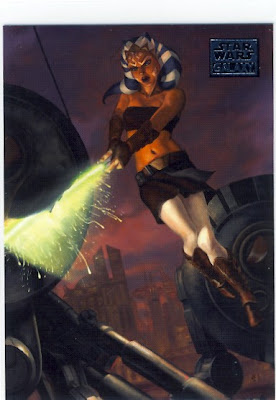 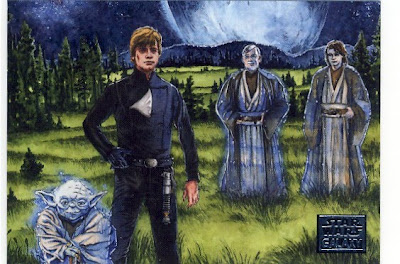 Here are all the catchphrases in one handy place: