Written by JediJeff at 3:36 PM
Ahhh - 1991. Do we all remember how it was a-way back in the day? Average price of gas was about $1.23 (that translates to just under $2 in today's dollars). The Twins won the World Series. Ginny Weasley and Luna Lovegood were born that year, and we lost Freddie Mercury and Theodor Geisel (Dr. Suess). Silence of the Lambs took home the Oscar, and we were all jamming to this:


Plus, a certain dictator decided he liked the Kuwaiti oil fields and invaded, so the US of A got called out to crack some skulls. Pro Set decided to jump into the war by offering an educational 250 card set of Desert Storm cards. 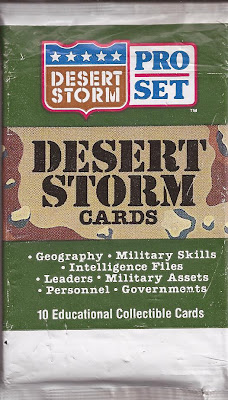 See, it's educational. It says so right on the pack. I grabbed this pack off Listia for 500 credits for all of us to enjoy once again. So put on your parachute pants and your shoulder pads, slick up your hair with mousse, and let's rip this open. 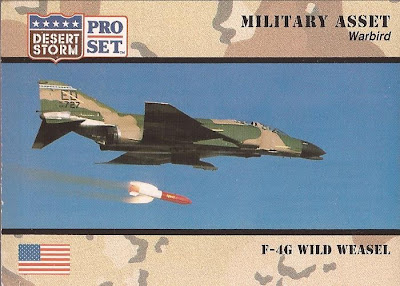 The pack lists out 7 subsets of cards: geography, military skills, intelligence files, leaders, military assets, personnel and governments. So obviously, this is from the military asset subset. You have your desert cammo border, your Desert Storm shield (unofficial) next to the Pro Set logo (official). Pro Set kept the whole military feel with the stencil font. And the back... 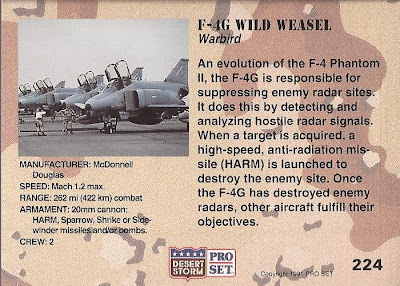 Holy crap - a different image! Here's the whole "educational" part with a little write up and some specs about the asset featured on the card. Template desert cammo background, though. 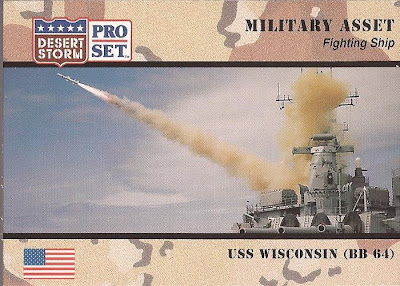 The fronts, at least for the assets, seem to be action shots. Dig the Packers here about to mess someone up. 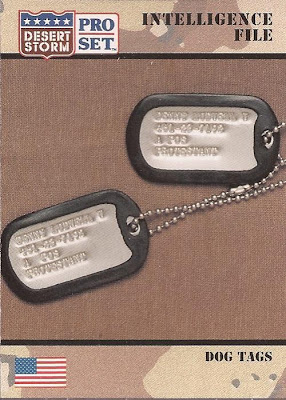 I guess when you pad the set to 250 cards, you will have some real head scratchers. Then again, they are marketed towards the younger generation. 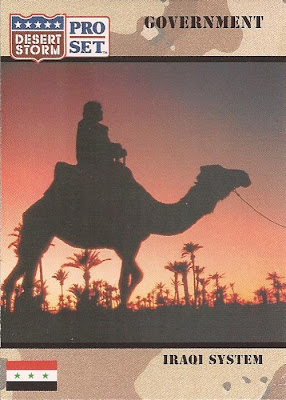 Can you say "stock photo"? You really should learn to say it, cuz this set is built with images from Reuters. 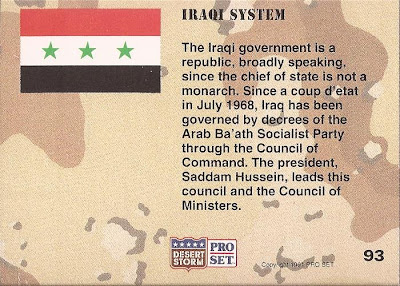 I show the back for two reasons. One, you get the idea how this different subset puts its bio information. And second, to show the error on both the front and the back. In the first two weeks of 1991, Saddam made a change to the flag of Iraq, adding the words "Allah is great", which you all see on the current flag. Pro Set still used the old image and never made mention of this. Educational, my a**. I have told you more than these cards ever will! Sorry - moving on. 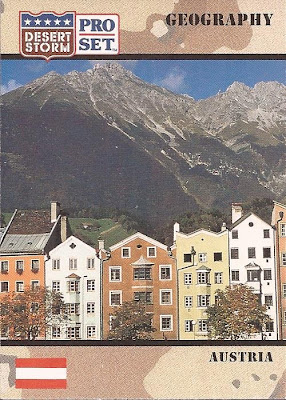 How does a country 2300 miles away from Iraq get a card? Cuz they provided air space use and transportation, according to the back of the card. 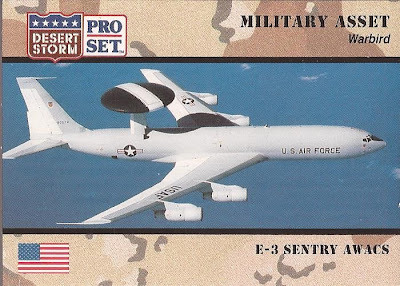 Almost like the image came from a Sky Mall catalog. 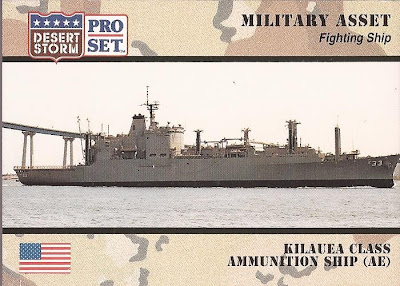 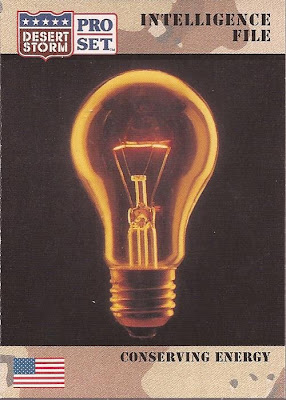 Wow. Just plain wow. The back of this card talked about ways for us to not be dependent of foreign oil. Here we are, 22 years later, and it's amazing how we put all the suggestions into place, moved away from coal and oil to cleaner, cheaper ways to generate power and have a far better standard of living. Oh, right.... 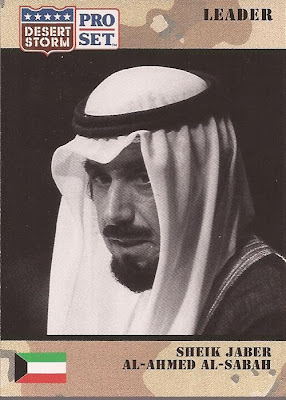 OMG!!! A sheik Jaber Al-Ahmed Al-Sabah rookie card! I do believe this was an SSP in the set. Wait..... I am being told there were no short prints. Still, isn't he dreamy? You can invade me anytime, sheik Yerbooty. BTW - I was just checking Wikipedia to see if I could TTM this bad boy - dangit. 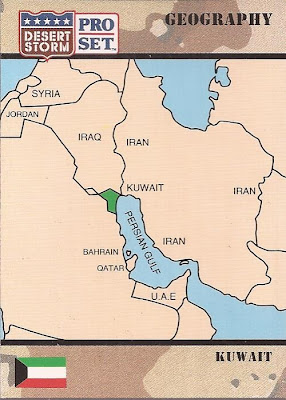 Google Earth didn't come out for another 10 years after Desert Storm, so you will not be finding any better map images in the set than this.

So there you go. Anyone want these 10 cards? Let me know.