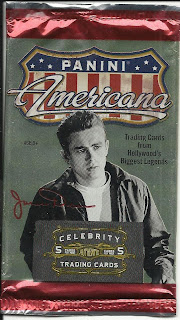 I was surprised that a pack of these hadn't already been posted on here. Well, I am happy to fill that void. I'd be happier, of course, if I had scored a relic or an auto or something, but that didn't happen. Come along and wax nostalgia with me... 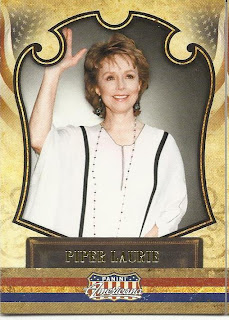 Piper Laurie - Actress - Supporting role in "Children of a Lesser God" and one of the stars in one of my favorite Corey Haim/Corey Feldman movies, "Dream a Little Dream."

The card fronts feature a watermark-style American flag behind an ornate border. The subject of the card appears inside the border. Near the bottom, the subject's name is stamped in foil. Below that, the Americana logo. 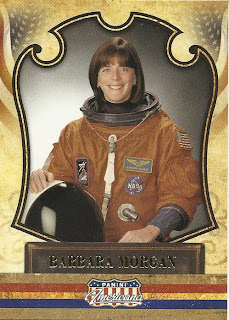 Barbara Morgan - Teacher/Astronaut - After Christa McAullife was killed in the '86 Challenger explosion, Barbara was the backup teacher selected. In 2007, she got to run the robotic arm that transferred cargo to the Space Station! 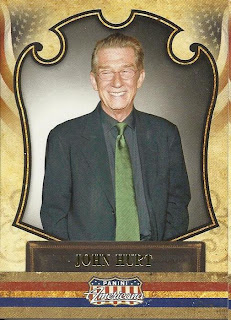 John Hurt - Actor - Most known for "Alien," he played the lead role in "The Elephant Man" in 1980. Both are worth watching if you've never seen them. 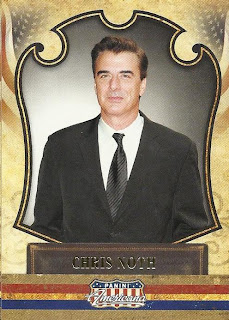 Chris Noth - Actor - You probably recognize him from either Law & Order: Criminal Intent or Sex and the City, or both. 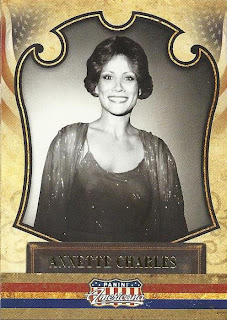 Annette Charles - Actress - She is probably best known as "Cha Cha" DiGregorio in "Grease." She was also in a Magnum, P.I. episode.

The card backs feature a close-up image of the front photo, the card number, bio info, and a short write-up about the subject, and copyright info.

That John Hurt card is about to blow up in value with him being the new Doctor Who....

Not a collector of modern, but this set could tempt me!

Thanks for the heads-up, Junkie!